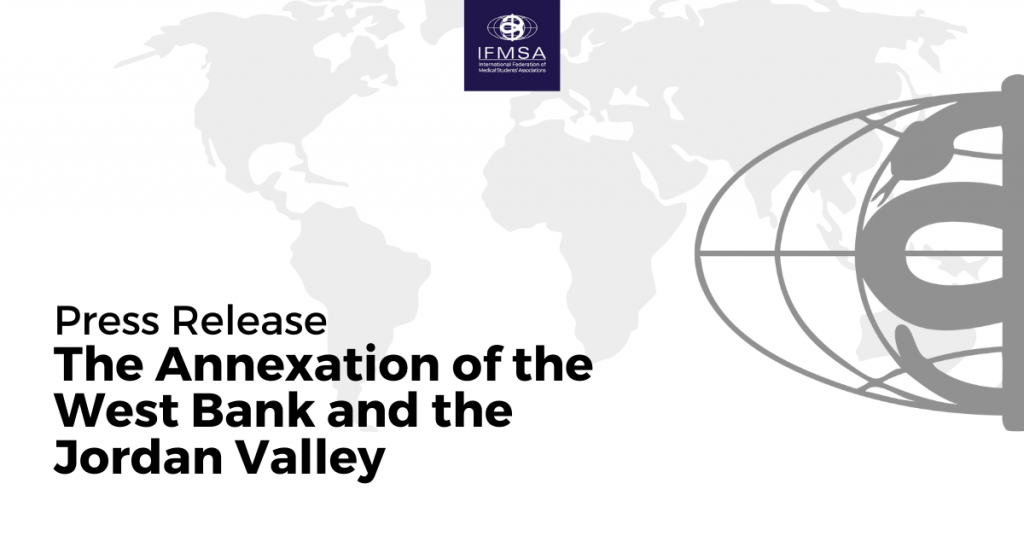 The planned Israeli annexation of the occupied territories of the West Bank and Jordan Valley has caused global widespread concerns from the international community as to its legality, consequences, and human rights violations that go hand in hand with it.

By definition, annexation is “the forcible acquisition of territory by one State at the expense of another State” [1], which is an illegal act of violence as it deprives the people of the annexed territories of their right to self-determination and infringes illegally upon the sovereignty of another state. Thus, annexation incites wars, economic devastation, political instability, systematic human rights abuses and widespread human suffering. Such actions are not only strongly prohibited by the international community but also contrary to the fundamental rule affirmed by the United Nations Security Council and General Assembly many times that “the acquisition of territory by war or force is inadmissible” [2].

The annexation plan was announced on September 2019 with the proposed annexation to start on July 1st, 2020 and involve more than 30% of the remaining Palestinian territories in the far East of the West Bank along with the West Jordanian borders at the Jordan Valley. Although this planned annexation has been halted for the meantime, there are no guarantees that it would not be continued in the future. The continuous resurface of these plans is a major threat to peace in the region. As per the report of the Special Rapporteur on the situation of human rights in the Palestinian occupied territories to the UNGA in 2019, the rates of settler violence, home demolitions, and seizures of Palestinian-owned structures have all increased in light of the recent events related to the demand of the annexation of parts or all of the West Bank by senior officials [3]. Increased rates of violence endangers efforts of peacebuilding and co-existence, in addition to violating the basic human rights of Palestinians to a dignified life, adequate standard of living, freedom, and to security of person, as it will leave more than 150,000 Palestinians displaced from their homes and families to live as homeless refugees.

The International Federation of Medical Students’ Associations (IFMSA) affirms the understanding of peace as both the absence of conflict (negative peace), and the presence of equality, equity, and harmony (positive peace). We understand that a peaceful environment is not only important for safe and full access to health care for our communities, but also essential for the preservation of underlying determinants of health such as education, adequate housing, and public security. The planned annexation undermines peace in the region, and subsequently the human rights of the inhabitants of the annexed areas.

HR, D and the RoL