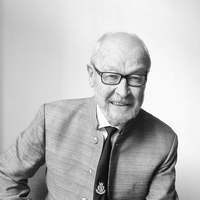 Our hearts go out to Professor Erik Holst, one of the founders and the first President of the IFMSA. Professor Holst has passed away today after a lifetime full of achievements and success. Thank you Professor Holst for following your dream 63 years ago that laid foundation for the world’s largest network of students and for your continuous support to IFMSA throughout your life. With the quote of yours “The impossible we do tomorrow. Miracles may take a little longer.”, IFMSA thanks you.

“I want to say that none of us back in 1951 could have imagined that our initiative would stand the test of time to become a natural part of the environment of medical students all over the world. We did it because it made sense at the time and also it was fun doing it.”

You can watch the video of Erik Holst describing the founding of the IFMSA in 1951. Filmed during the IFMSA 60th anniversary General Assembly in 2011. Courtesy of Stefan Buttigieg.

Professor Holst has a Medical Degree and a Diploma of Public Health from the University of Copenhagen, Denmark

He finished his academic career as Professor and chair of the Institute of Social Medicine at the University of Copenhagen where he pioneered the introduction of social and behavioral sciences and the humanities into a traditional natural science oriented medical school. From 1975-79 he chaired the National Advisory Committee to the Minister of Education on Higher Education in the Health Sciences.

In 1990 he was invited to take over the chairmanship of the board of the Rehabilitation and Research Centre for Torture Victims, RCT, Copenhagen, with the consequence that from 1993 he left both the University of Copenhagen and Denmark to become full-time Executive Vice-President of the International Rehabilitation Council for Torture Victims (IRCT) managing IRCT’s Geneva Liaison Office.

He organized International Symposia on Torture as a Challenge to the Medical and other Health Professions in Bucharest in 1991, in Istanbul in 1992, in Buenos Aires in 1993 and in Cape Town in 1995. He retired from IRCT in 1999 after the successful International Seminar on Torture which he organized in Delhi in collaboration with the Indian Medical Association, the Indian National Human Rights Commission and the Indian Law Institute. The opening speech was held by the Chief Justice of India.

He was member of the Danish Government Delegation to the UN World Conference on Human Rights held in Vienna in 1993, where Denmark managed to introduce a whole page on the issue of torture and he was subsequently a member of the Danish Government Delegations to the 52nd, 53rd, 54th and 55th sessions of the UN Commission on Human Rights, Geneva 1996-99

From 2001-09 he was a Board member of the Association for Prevention of Torture (APT) in Geneva and has since 2000 served as honorary international consultant to the ICAR Foundation, Romania.