And It’s a Start: Greetings from IFMSA Team of Officials 2014/15 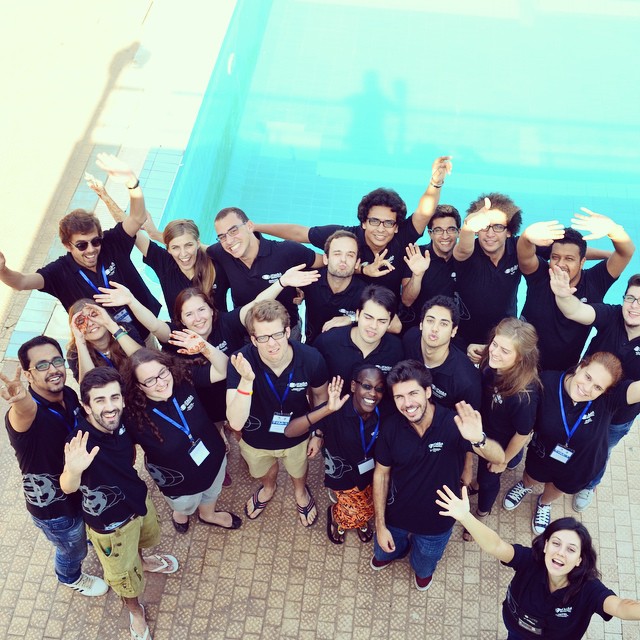 Get a quick overview of IFMSA?here and read more about Team of Officials Meeting 1 here!

It has been more than two weeks now since we, the new IFMSA Team of Officials, have started our new term. We represent 25 countries, from the five different regions. Our strengths are complementary; our vision and objectives align; our passion and motivation are the same. We bring to the Federation?a different set of skills and past experiences, which we believe are important assets for the next term. As the months pass, you will get to know us a little better.

A few days ago, we have met in Morocco for the Team of Officials Meeting 1 (TOM1). The TOM1 was held in the city of Kenitra, near Rabat, from October 1st-6th 2014. Those precious days together have allowed us to build a concrete Plan of Action for 2014/15, finding its roots in the Strategy 2014-2017 which was adopted at the August Meeting 2014 in Taiwan, China. This is the first time in recent IFMSA history that such a plan is build at the very beginning of the term, and we are very confident that this will allow the Team to work efficiently for the betterment of the Federation, while ensuring a smooth transition to the new leadership structure. We have also worked and discussed several other issues at the heart of IFMSA: you can read all about them in the Summary and Outcomes Report.

While building on what the Federation has successfully achieved in the past 62 years, we believe it is still possible to innovate, to increase even more our impact on the world, as we shape the sustainable and healthy future we want. IFMSA has this amazing capacity of bringing people together from all over the globe. We are committed to give the Federation the positive leadership it deserves and to focus on unity, as so to help create long and lasting friendships, international collaborative initiatives, open-minded and culturally sensitive future physicians.

So, here is to the greatest year of all. We are extremely excited to be your 2014-2015?representatives. We hope to connect with all of you and to live up to your expectations.

See you soon around the globe,

Below, the speech read by Agostinho Sousa, IFMSA President 2014/15, during the TOM 1 Inauguration Ceremony

First of all, I would like to thank all of you for being present in this ceremony. Also my deepest thank you to the City of Kenitra for hosting us here today and IFMSA-Morocco for hosting our first Team of Officials Meeting of the term. This opening ceremony has a special meaning for all of us and for all the medical students worldwide. The Federation, which?has been established more than 60 years ago, will see one of the biggest changes in its strategic work and methods of the last 25 years. But before addressing the challenges ahead, I would like to give you a quick overview on the different areas of action of IFMSA.

I would like to mention the topics that will influence the life and work of this Team of Officials and the future of our federation: that is the implementation of the changes approved with global consensus, in our general Assembly August Meeting 2014 in Taipei, Taiwan, China.This year, we will conduct a transition to a new leadership structure, a first concrete implementation of the 3-year based strategy of?2014-2017, a functional secretariat and a brilliant shift from Projects to the Programs system: those will be the exciting challenges that will mark our term and that hopefully will bring our Federation towards efficiency, while maximizing its capacity.

However, we cannot forget the global challenges that we are currently facing. We must ensure that our Federation continues to represent the views and priorities of medical students. We, as medical students, must take a more active stance on the problems that surround us all, not only at international level, but most importantly, on the local level.

This is where we, the students, can have the biggest impact.And taking this into consideration, we cannot forget to deal with the challenges and necessities of medical students. An uncertain future is around us: lack of employability; lack of financial resources to enter and continue medical studies; lack of postgraduate opportunities; burnout of students and healthcare professionals; lack of protection of students and doctors. Those problems?are getting worse every year and it is fundamental for the Federation to have a closer approach to the interests and challenges of students and their future…since they will be one of the key stakeholders in the future of healthcare systems!

Without motivated students, without motivated doctors, healthcare looses?its efficacy and the ones that will face the biggest challenges are the patients, whom should be our main priority.We also dont forget important milestone at global level for this year: the implementation of the sustainable development goals in a post-2015 agenda. After years of consultations and discussions, the new development goals will hopefully be approved and be pushed forward by the international community. However, IFMSA?believes in more concrete actions and will continue its work in the improvement of health worldwide.

IFMSA hopes?that any approved goal, will reflect a state of complete physical, mental and social well-being and not merely the absence of disease or infirmity for all the humanity. We must understand that the successes are not measured by words, but by concrete and meaningful actions.This is why we need not only the active cooperation from the Team of Officials, but also a meaningful participation from empowered and committed National Member Organizations. We know that in order to achieve that level of collaboration, we need to continue to nourish the trust between us and our?members?and Im sure that this team?will do all efforts to earn that trust.

Without further due, I would like to call the IFMSA Team of Officials for the term of 2014/2015, to take the oath and sign the minutes of the inauguration of this term.Finally, I want to address our future Team of Officials.? We know that this will be a challenging year, a year full of possibilities! In your hands is the responsibility of changing the perspective on health worldwide.

Always remember, that when you speak, you are speaking for students that go from Japan to Colombia, from Sudan to Kazakhstan, from Thailand to Slovenia. You have now even more power to change the world and I believe, that all of us together, will achieve great things this year. You were chosen because the Federation believe that you have the best qualities and ideas to undertake this journey that will change your life. Once again, congratulations for taking this step forward and lets start a new future for the health worldwide, today! Thank you for your attention,