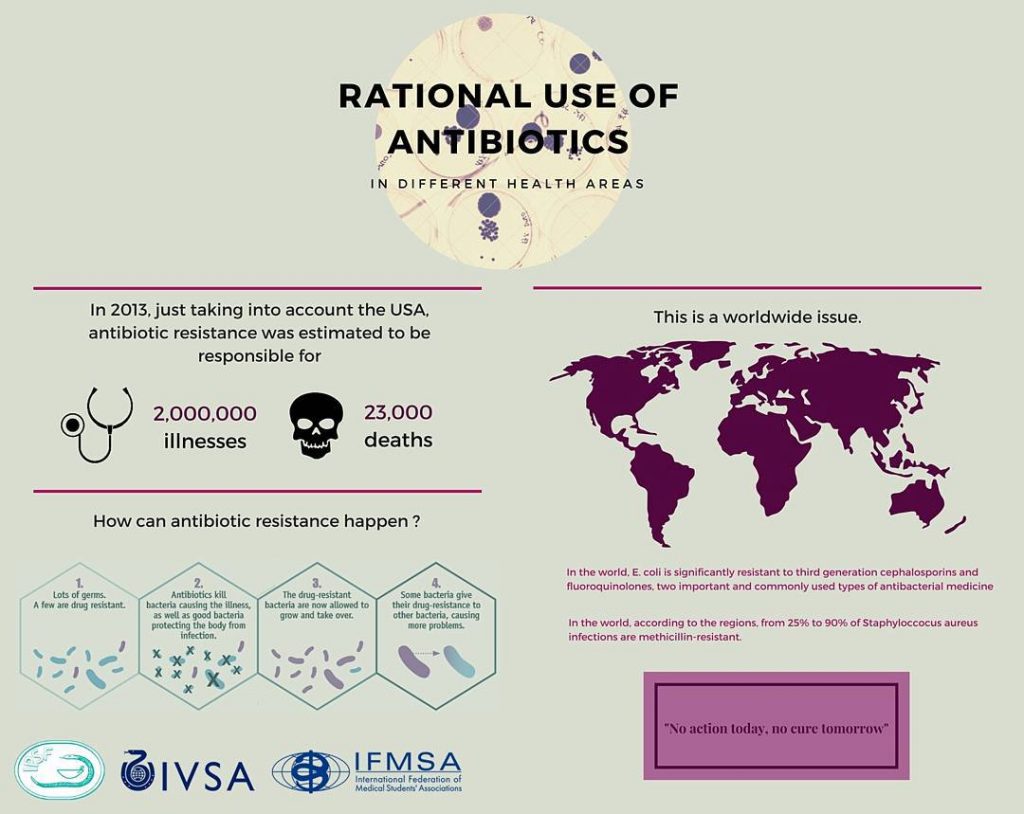 In 1910, Paul Ehrlich synthesized aihe first antimicrobial agent in the world, Salvarsan, a remedy for syphilis. In 1935, Gerhard Domagk synthesized sulfonamides. Both drugs proved to be unsafe. In 1928, Sir Alexander Fleming discovered penicillin that started to be used in 1940. It was the magical therapy during World War II.

The time may come when penicillin can be bought by anyone in the shops. Then there is the danger that the ignorant man may easily underdose himself and by exposing his microbes to nonlethal quantities of the drug, make them resistant,” said Sir Alexander Fleming, speaking in his Nobel Prize acceptance speech in 1945.

And he was right.

Even though, Antimicrobial chemotherapy has caused a tremendous change in the treatment of infectious diseases and future of mankind, we are witnessing a rise in antimicrobial resistance as the use of antibiotics has increased.

The last two decades were golden era for antimicrobial chemotherapy. However, in 1950, bacteria producing penicillinase increased and it was the beginning of one of the most serious threats to human health.

According to WHOs 2014 report on global surveillance of antimicrobial resistance;

All these facts prove the importance of raising awareness on this issue. Many countries in the world, especially in Europe, are starting up campaigns about the rational use of antimicrobial drugs. Moreover, some medical schools are emphasizing on the topic when educating future healthcare professionals. Still in many countries there is a lack of reaction which seriously threatens the wellbeing of the population in the future.

In a policy statement adopted in the 2014 August Meeting General Assembly, Taiwan, China, IFMSA Stated that We, the International Federation of Medical Students Associations, believe that the recent and continuing increase in antibiotic resistance caused by antibiotic abuse is one of the greatest challenges to global health today. Stating the importance of the topic to the future health professionals.

IFMSA recognizes the importance of controlling AMR to protect public health and reduce the associated premature mortality and morbidity as possible and commits to improve professional education, trainings and strengthen international collaboration.

Click here for the infographic prepared by IFMSA, IVSA and IPSF.