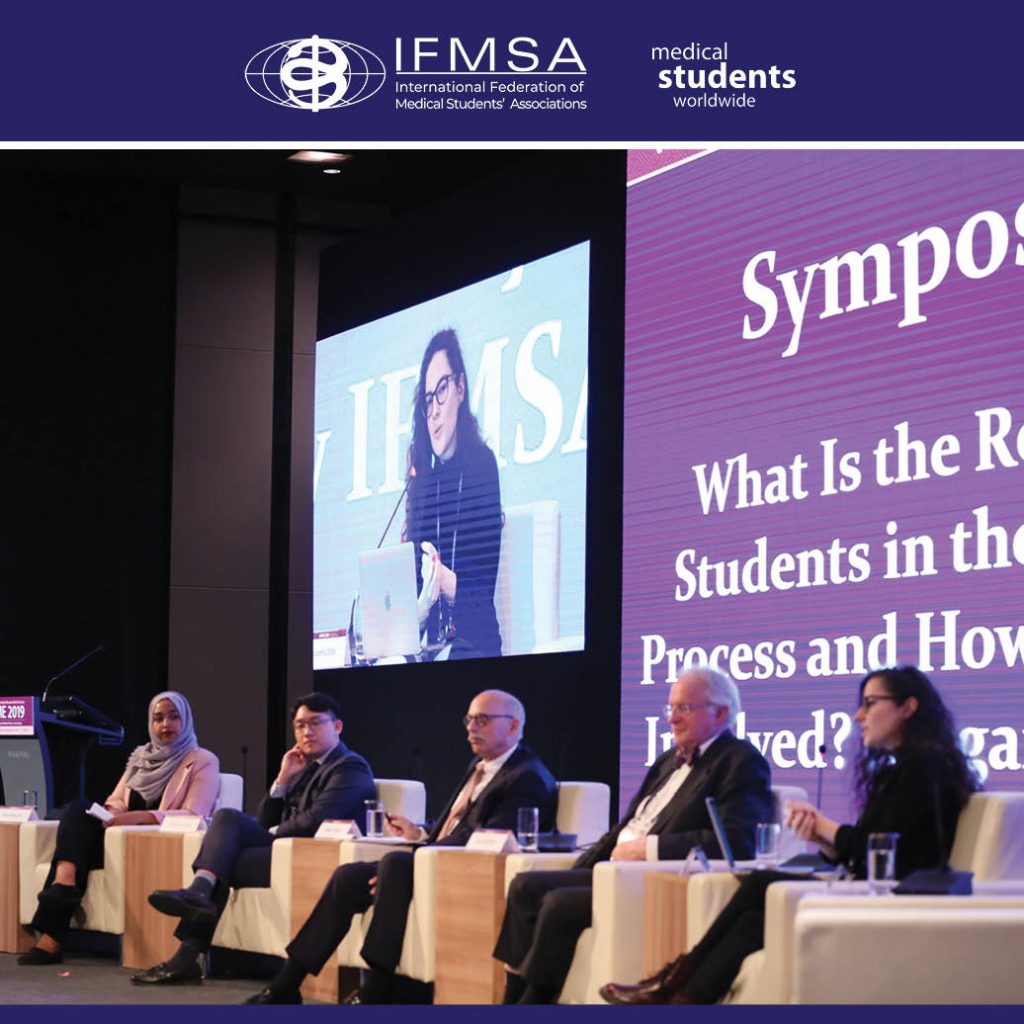 Between April 7th and April 10th, the WFME Conference 2019 took place in Seoul, Korea. This conference marked the remarkable return of WFME in the arena of scientific events after a 16-year hiatus and brought together experts in medical education and accreditation/quality from all over the world.

The Conference theme was Quality Assurance in Medical Education in the 21st century. Special focus was given on WFME’s Recognition Programme and recognized and non-recognized agencies had the opportunity to present their work. Medical schools from all
over the globe also shared the work they have been doing to achieve excellence in education and develop standards based on the needs of the 21st century. Moreover, WFME is currently in the process of updating the WFME Basic Medical Education standards and are holding consultations with experts from different parts of the world. 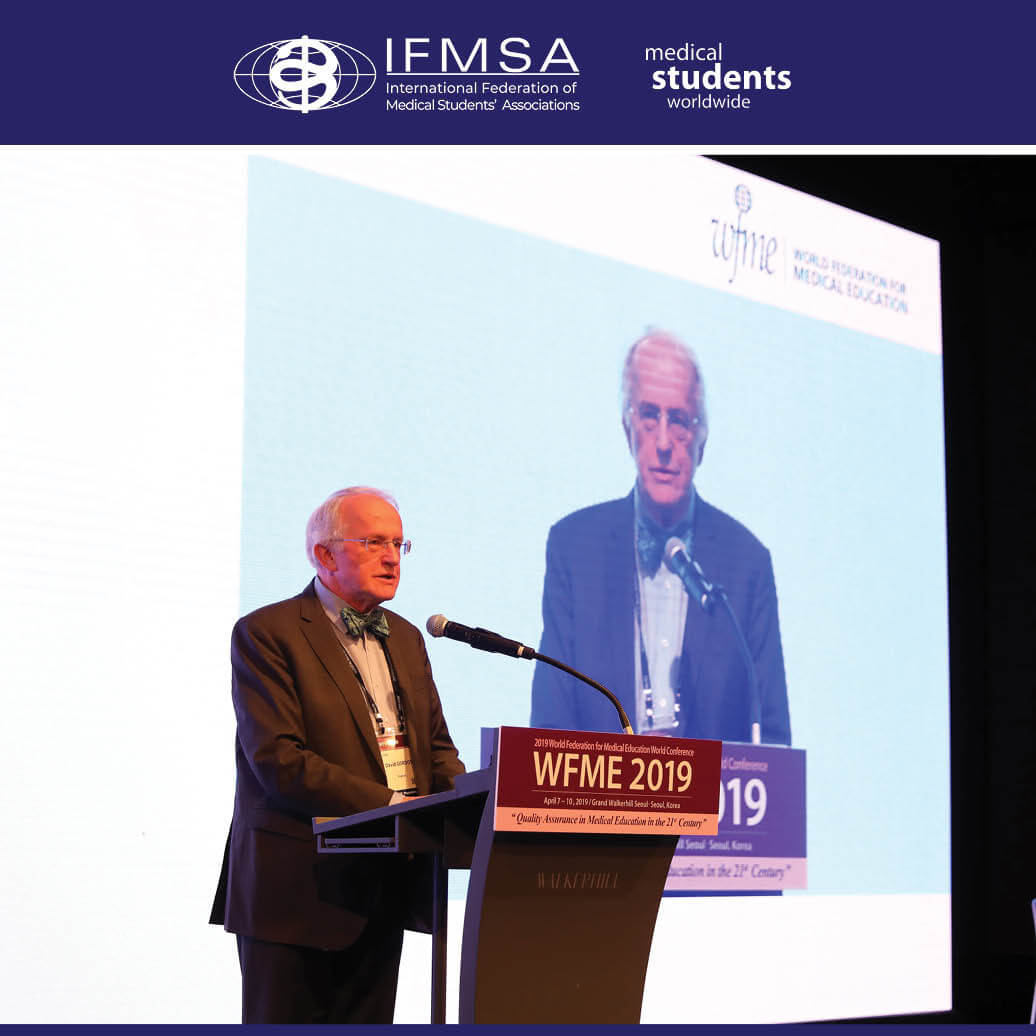 IFMSA had a very big role to play during the Conference which culminated in the IFMSA Symposium on April 10th. The theme of the Symposium was themed “What is the role of medical students in Accreditation Processes” and include 5 panelists:

Professor Gordon stressed the importance of organizations such as IFMSA during the Symposium, as well as the importance of student feedback as a quality assurance mechanism and successful examples of student advocacy for accreditation were shared, on behalf of Sudan and Korea. 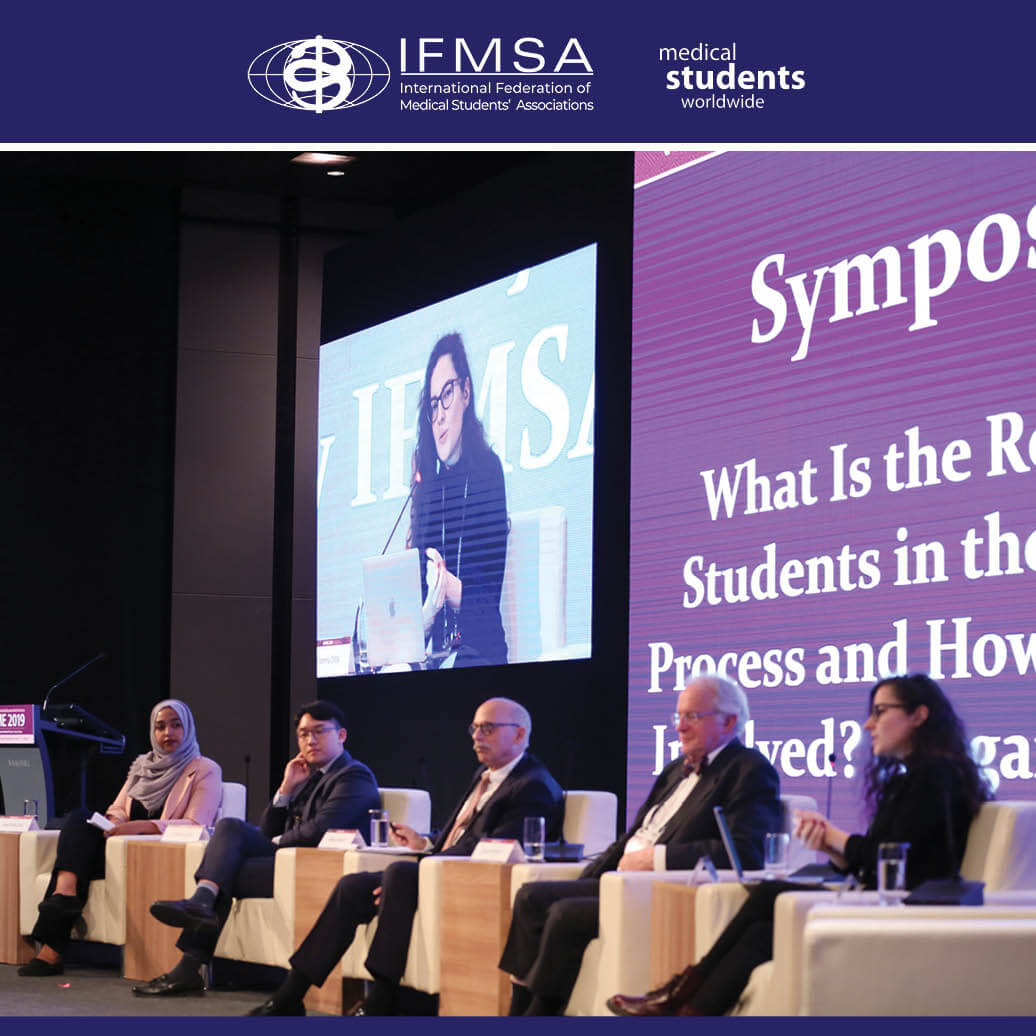 IFMSA was also invited to chair a session on the Promotion of Student and Academic Exchanges. The session included presentations from various universities that presented their
elective modules: it was surprising to note that none of the modules presented were organized or led by students, but by faculty members, in comparison to the IFMSA
Exchanges.

Student representation was strong in the Conference, with KMSA-Korea holding their own workshop and members from MedSIN Sudan, IFMSA Iraq as well as students from Thailand,
Indonesia, Sri Lanka, Philippines among other countries.

After the conference concluded, on April 10th and April 11th, the WFME Executive Council meeting was held. IFMSA, through the Liaison Officer for Medical Education, is a voting member of the Council that fullcontributes to the agenda and plans of the WFME. The
meeting included discussions on the budget and financial management, reports from all members (we are very happy to report the return of the Association of Medical Schools in
Africa – AMSA), as well as updates on the recognition programme.

The WFME Executive Council is set to meet again in 2020 in Ibadan, Nigeria, where the 2020 WFME Conference is expected to be held!

If you would like to know more about the work of the WFME, you can read about the organization here. Should you have any questions about IFMSA’s involvement, do not hesitate to send an email to Katerina Dima, [email protected]