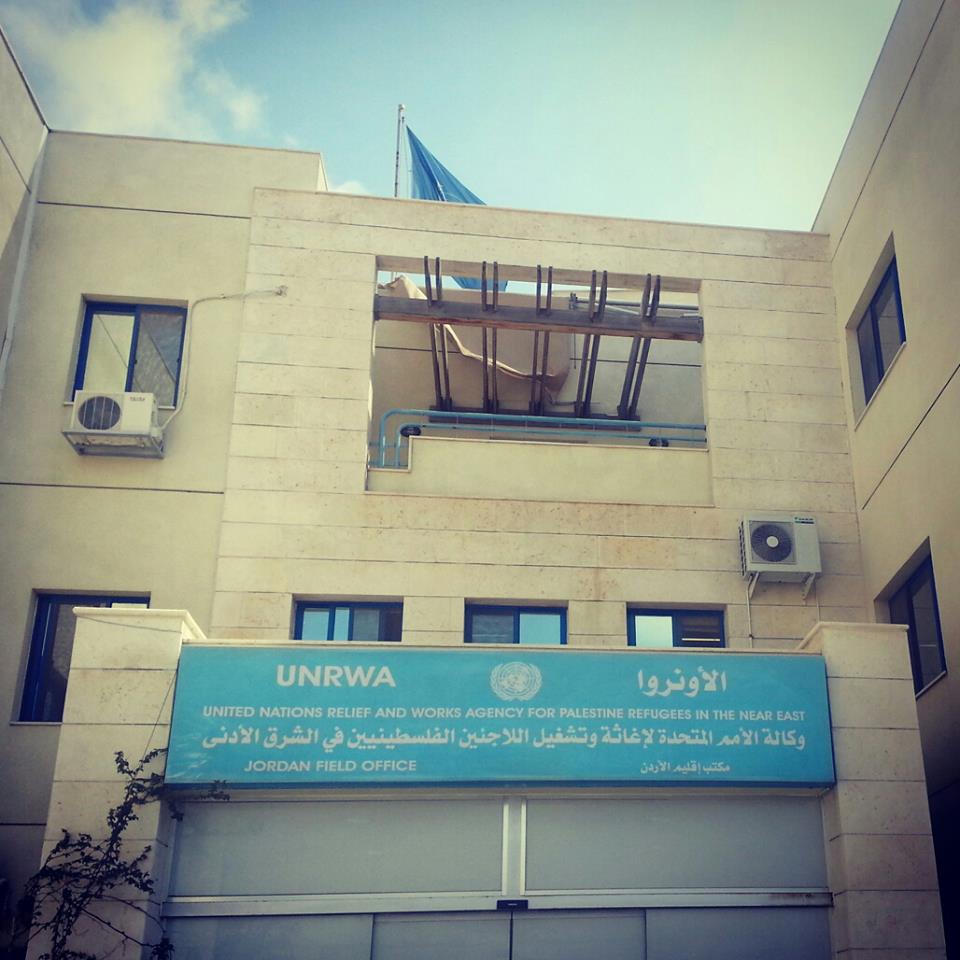 The United Nations for Relief and Works Agency for Palestine Refugees in the Near East (UNRWA) has decided to implement a complete ban on smoking and use of tobacco products in all UNRWA premises. Under the patronage of her Royal Highness, Princess Dina Mired of Jordan, the policy was officially launched on November 1st 2015.

UNRWA is unique among UN agencies in delivering services directly to beneficiaries: schools, vocational training centers and health facilities including a hospital in West Bank. UNRWA assists a population of some 5 million refugees in the Middle East. UNRWAs mission is to create opportunities for refugees to become self-reliant and productive members of their communities. UNRWA works in Gaza, West Bank, Jordan, Lebanon and Syria

When the smoking rate in Jordan is 64% and Jordan also topped Middle East countries in the prevalence of smoking among males [3], the initiative from UNRWA Health Department is innovative. This decision not only protects personnel, Palestine refugees using UNRWA facilities and other visitors, but also will encourage other institutions to move forward for tobacco control.

On November 3rd, 2008, the United Nations General assembly adopted Resolution 63/8 entitled Smoke-free UN premises and states that active smoking is not only harmful to smokers, but also to other people. Following the same idea, IFMSA adopted in 2014 a policy statement on Non-Communicable Diseases reinforcing that availability of tobacco should be restricted.

According to the WHO The tobacco epidemic is one of the biggest public health threats the world has ever faced, killing around 6 million people a year. More than 5 million of those deaths are the result of direct tobacco use while more than 600 000 are the result of non-smokers being exposed to secondhand smoke. [1]

In the IFMSA policy statement we emphasize a need for more action in improving Protection of the environment such as smoke-free areas, prohibition of public smoking and environment protection on all stages of tobacco production. [2] Seeing the global burden of the tobacco induced illnesses we fully support a step forward made by the UNRWA to help control the ongoing epidemic. Moreover IFMSA gave a commitment to: …promote and encourage non-smoker policy among its members, develop educational resources for IFMSA Members and implement smoke-free environments during IFMSA events[2] something for which we can look up to the UNRWA for guidance and inspiration.

As the princess Dina said during the event, it is quite absurd that the countries continue to have to fight to keep smoking out of clinics and schools. The tobacco control policies are a step forward in the daily fight for a 100% free smoke world.