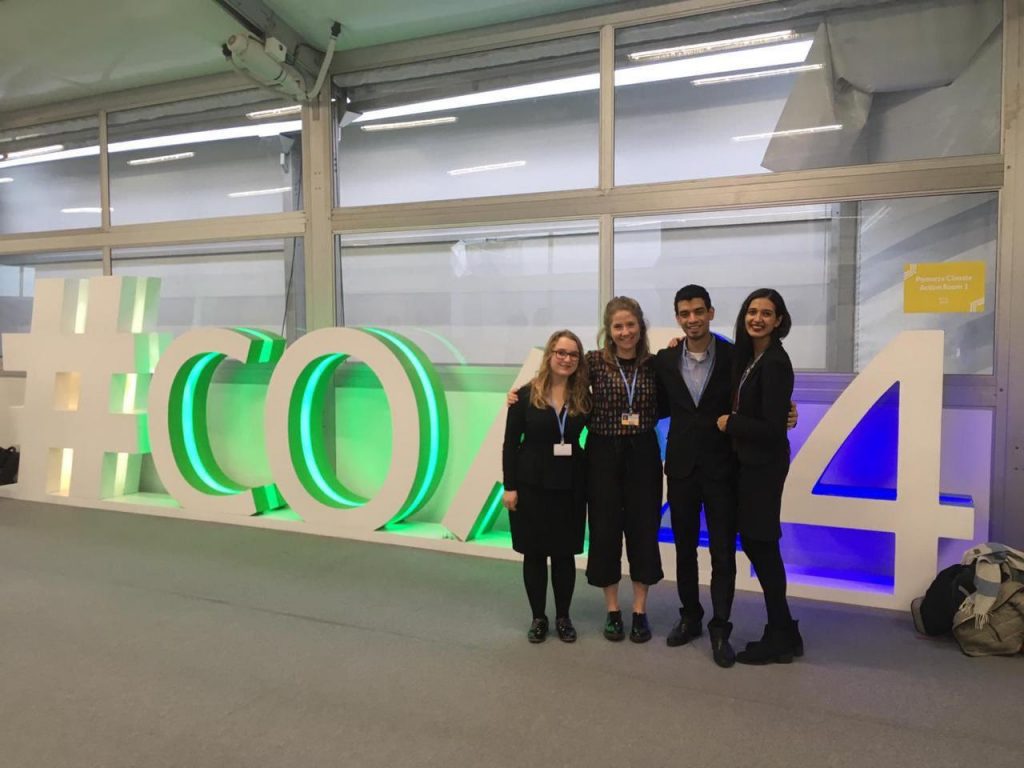 A new delegation convened in Katowice, Poland this week for the second week of the UN Conference of Parties climate change negotiations. Mr. Tarek Ezzine (IFMSA Tunisia), Omnia Elomrani (IFMSA-Egypt), Sophie Gepp (BVMD-Germany) and Georgia Behrens (AMSA Australia) were the IFMSA delegates, energetic and excited to advocate for the importance of health in the Climate Change discussions. 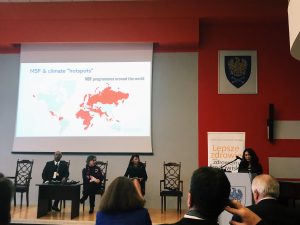 Our week began with the COP24 Global Climate and Health Summit, hosted by our COP24 health coalition partners, the Global Climate and Health Alliance. The Summit was a fantastic opportunity for us to hear from world authorities in the field of Climate Change and Health, and to share ideas with like-minded delegates. A favourite presentation was from Medecins Sans Frontieres (MSF) advisor Dr Maria Guevera, who discussed MSF’s recent collaboration with the Lancet Countdown to warn about the humanitarian consequences of climate change. IFMSA LPH Tarek Ezzine also presented IFMSA’s 2020 Initiative to incorporate climate change into medical school curricula worldwide. The presentation and the initiative were very well-received, and many summit attendees commented on how inspiring they found IFMSA’s commitment to act on climate change and health. 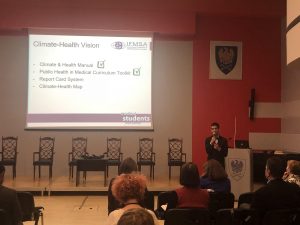 Our priority for the second week of negotiations was to promote the link between climate change and health within our national delegations. Each of us worked hard to liaise with delegates from our countries, and made a number of useful contacts that we will continue to follow up when we return home. We plan to continue advocating on home turf for our countries to improve their inclusion of health in their “Nationally Determined Contributions” (NDCs) that represent the actions they will take to try and combat climate change as well as the inclusion of Health Systems Adaptation Measures in their “National Adaptation Plans” (NAPs) that represent the actions they will take to adapt to the consequences of climate change. 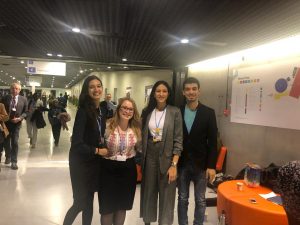 Many advocacy planning were made during the week. Aside from the daily YOUNGO spokes, and the Global Climate Health Alliance morning meetings, we had the chance to meet with Lujain Alqodmani, an IFMSA alumnus representing the World Medical Association, to discuss about the updates and surroundings of the Negotiations as well as the role of the Health Sector during the conference. We also had a meeting to plan for the adequate support needed for the IFMSA Climate Health 2020 Vision, with the amazing climate & health advocate Dr. Courtney Howard and Jeni Miller, PhD, Exectuvie Director of the Global Climate and Health Alliance. 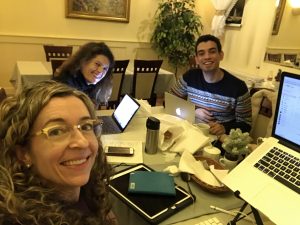 We also attended a number of interesting side events, which took place alongside the negotiations. A particular highlight was Nobel Laureate Al Gore’s address to the conference, in which he discussed the health impacts of climate change on health very extensively. For example, it was reported that air pollution from the burning of climate change-causing fossil fuels causes 48,000 deaths from air pollution every year in Poland, where the conference was being held. We were all horrified to hear that a child born in Warsaw, Poland, will breathe in the equivalent of 1000 cigarettes of air pollution in its first year of life. Al Gore’s address was a great reminder to us all of how health is a powerful way to to communicate the importance of climate change action to the public.

We were also very excited to attend an event on the importance of food systems to human and planetary health, convened by the EAT Foundation. Food production & consumption is currently a major source of greenhouse gas emissions that causes climate change. The key message of the event was that “it is possible to feed 10 billion people healthy diets in a sustainable way” – but that we will have to conduct a global overhaul of our food systems in order to do so. The event presented a preview of the EAT-Lancet Commission on Food, Planet & Health (which will be launched in mid-January), and reminded us all of the importance of shifting diets worldwide to become more plant-based, changing agricultural practices to become more sustainable, and drastically reducing food waste. All of these measures will help to reduce the significant carbon emissions associated with current food systems.

By the end of the week, when it was time for our delegation to return home, negotiations at the conference were still ongoing, and expected to run into overtime over the weekend. We were disappointed to see that health was not mentioned in the draft text of the resolutions, but hope that our ongoing advocacy at home will be able to make a difference in the future. 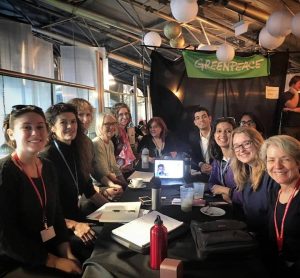