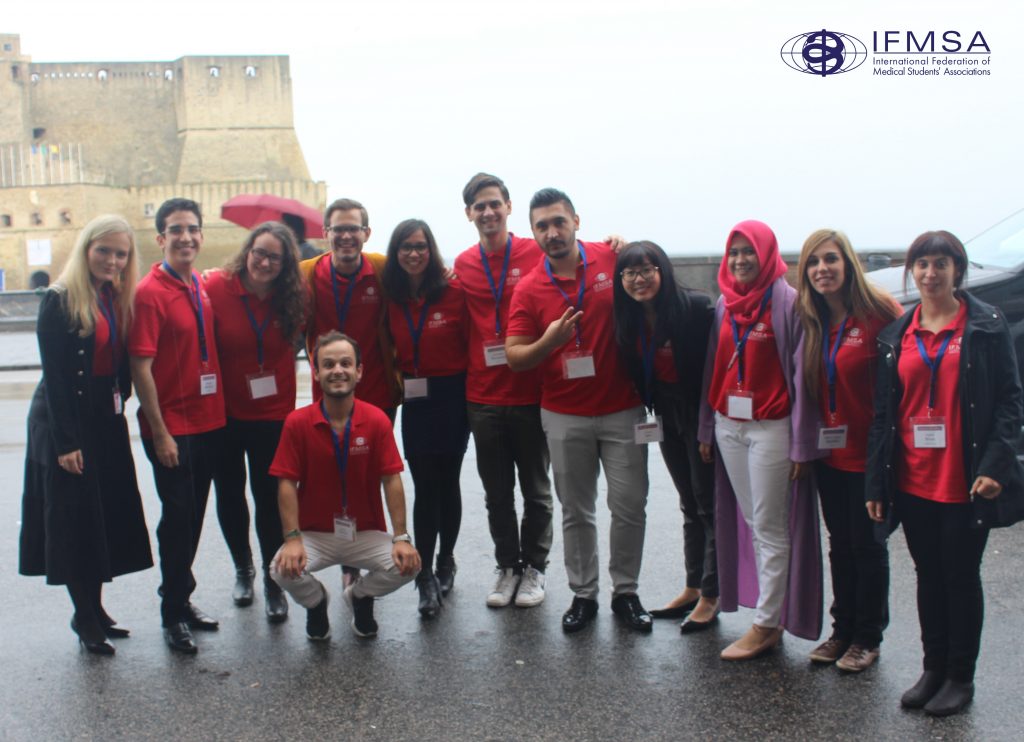 Ciao from stunning Naples! Here I am, covering the second day of the IFMSA Student Task Force to UNESCO Chair in Bioethics 11th World Conference in Bioethics, Medical Ethics and Health Law.

Today was a very special day for us! We had five oral presentations held by the task force on different topics such as Doctor Patient Relationship;?Ethics, Global Health and Cultural Differences; and Ethics Education. The presentations were pretty much appreciated by the participants and its value as a student voice in a congress mainly composed by academics is undeniable. It was a unique experience for all of us and we felt really proud of our task force. 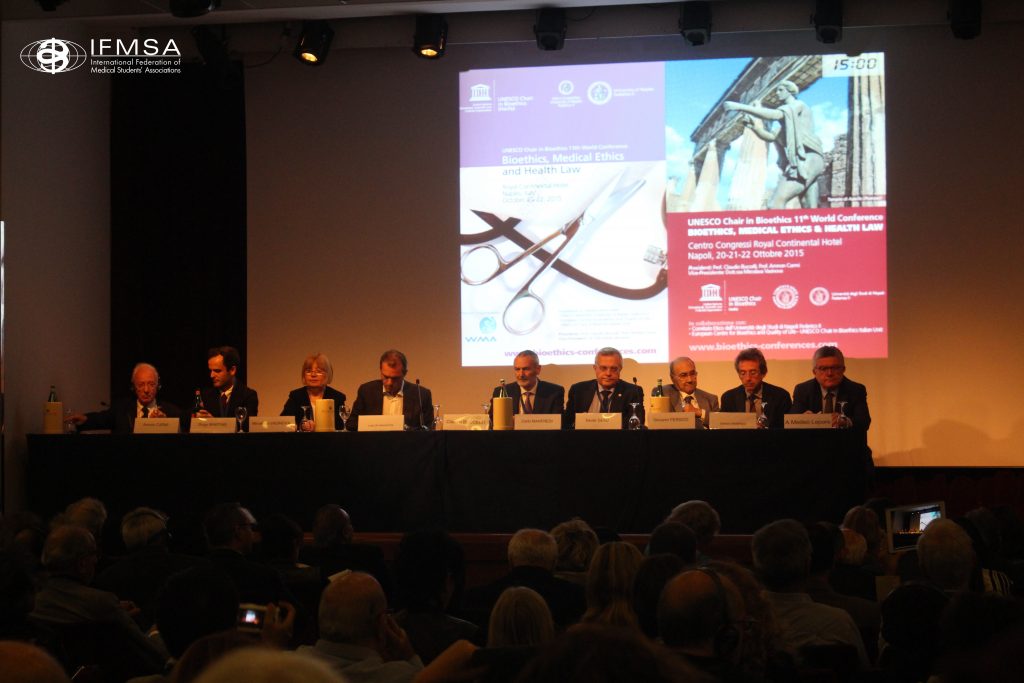 It is clear how our presence here has a motivational positive effect on presenters and organizers, due to the fact that one of the UNESCO Chair in Bioethics main aims is ethics education and the interest of students on it. In general, our work is being appreciated by most participants, as we can feel when some of them come and ask to take pictures with us, bioethics young enthusiasts.

One topic among others presented that was particularly interesting was bioethics in food security, which faced us with different bioethics dilemmas. Food security generally concerns physical and economic access to food that attends to peoples dietary preferences and needs.

Thus, improving food security means, basically, improving food access. However, as food preference is related with the preferable choice of one kind of diet over other kinds, regardless of the nutritional value of the diet, it can actually work as a barrier to peoples dietary needs, as presented by Professor Siipi in her lecture in Food security, safety, and food preferences. Since dietary preference is also considered to be a cultural product, the ethical implications of policies that could mold or limit it should be taken in consideration, as those policies can interfere on human autonomy.

Another bioethical dilemma concerning food security refers to inequalities that can arise from the potential significant life extension on global population which may be a result of successful food security policies and actions. As stated by Professor Rantanen, life extension can also be influenced by social and environmental factors, such as income and race. So that, an improvement on life expectancy on general populations does not implies on an equally distributed years of life expansion, as some vulnerable groups of population shall not expect to benefit of it at the same growth pattern. Thus, specific actions to those groups should be considered on food security discussions and decision making.

Finally, I would like to thank IFMSA and UNESCO for this opportunity of being part of the task force and to be able to participate of this amazing event, facing so many different aspects of bioethics and health. Im really excited to share what Ive learned and experienced here with my Brazilian counterparts. I have already learned so much, and Im sure there is more to come! 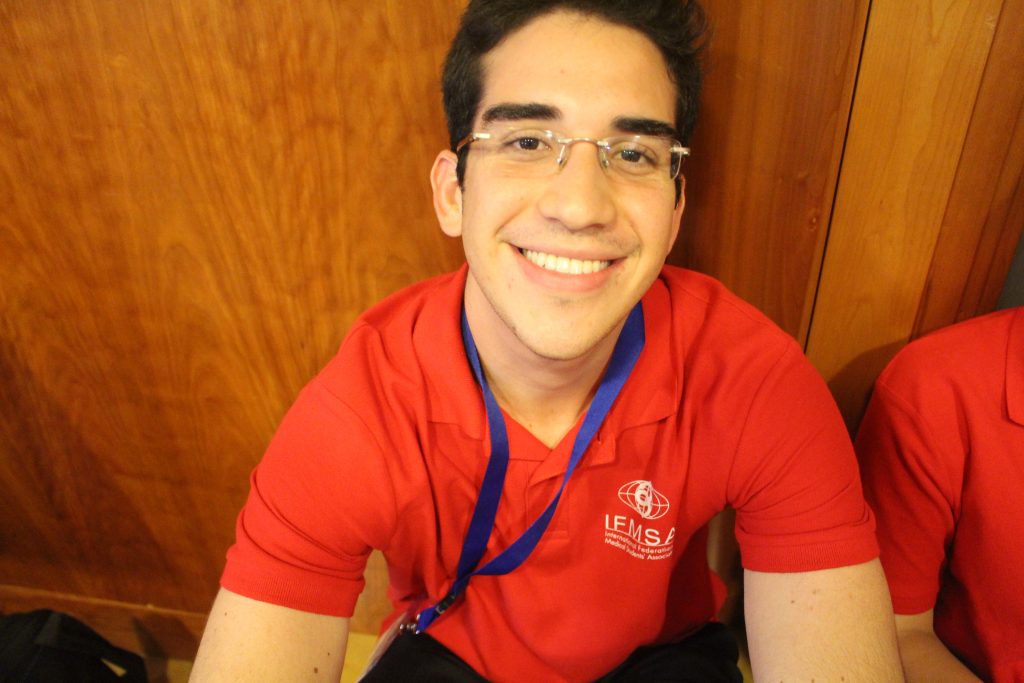