UN Summit on Refugees and Migrants – Where is the Space for Youth Action? 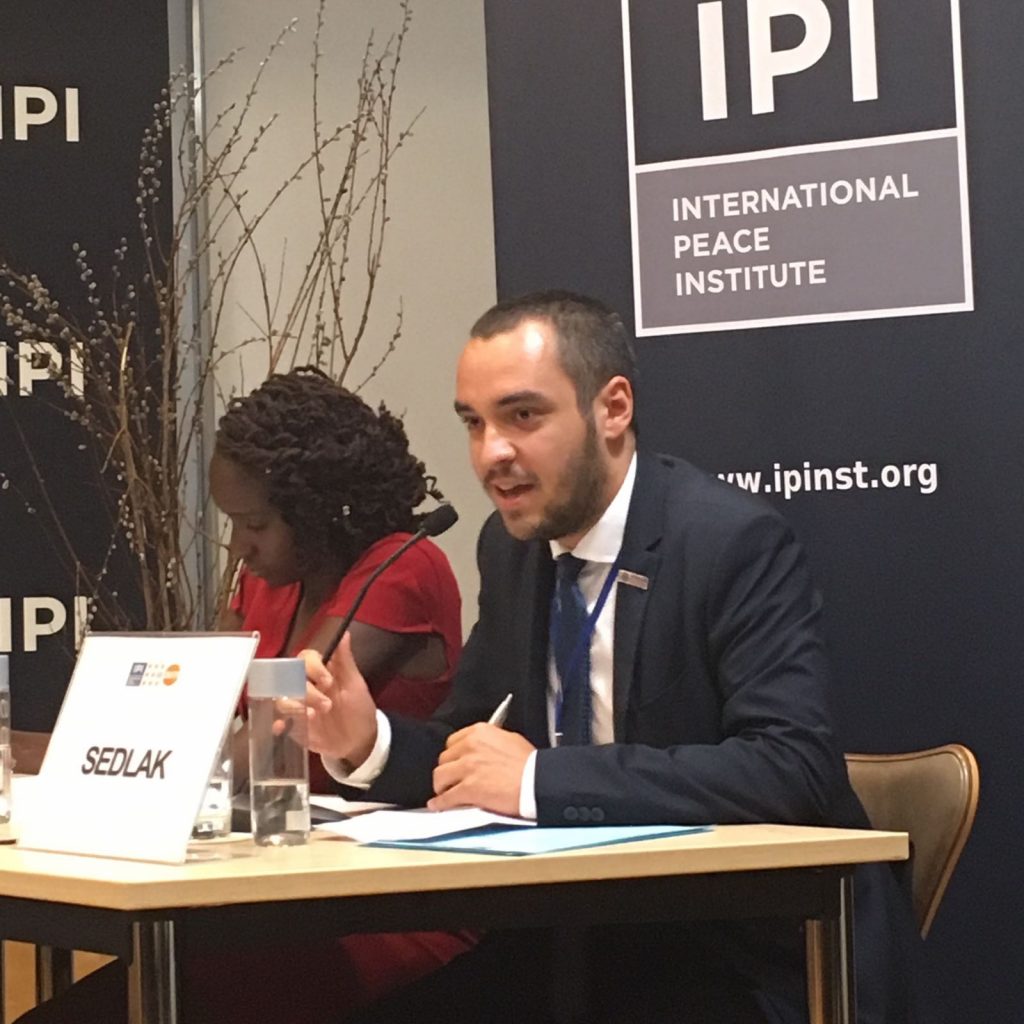 This year’s United Nations 71st General Assembly had a topic which is more prevalent than ever – migration, refugees and lives of people on the move. On 19th of September, for the first time ever, the UN GA hosted a High-Level Meeting on Refugees and Migrants. This meeting brought together various stakeholders to discuss a coordinated approach towards large movements of refugees and migrants, with a focus on human rights, dignity and quality of lives.

Todays summit represents a breakthrough in our collective efforts to address the challenges of human mobility, said U.N. Secretary-General Ban Ki-moon in his opening speech.

But what did this summit actually mean for millions of people on the move, all around the world? Well, let’s see the statistics: there are currently around 21.3 million refugees, 3.2 million asylum seekers, and 40.8 million migrants all around the world, according to the official U.N. Refugee Agency (UNHCR) data. People all around the world are struggling, even dying during desperate attempts to flee war, persecution, discrimination, consequences of natural disasters and other horrible situations. The coordinated international response is crucially needed, which is visible to everyone, even to stakeholders with totally different approaches and opinions towards migration.

During this summit, the UN General Assembly adopted the New York Declaration on Migrants and Refugees. What can this document change in the current situation? Simply said – nothing and everything. This document is a declaration, which means that it doesn’t contain concrete commitments and is not legally binding. However, this declaration states the vision of countries on refugees and migrants, and will serve as a basis document for future legally binding documents. Though, many important and crucial parts have been removed by countries from this declaration, as for example the proposal of UN General-Secretary Ban Ki-moon to resettle 10 per cent of the worlds refugees. This Declaration also started the process towards documents, which may have a stronger power to protect refugees and migrants – global compacts for safe, regular and orderly migration, which can have an imperative role in shaping the future of migration.

One day later, on 20th of September, the President of the United States Barack Obama, hosted the Leaders Summit on the Global Refugee Crisis, which brought more specific commitments and solutions to the situation of migrants and refugees. Fifty-two countries and international organizations participated in the Summit, announcing various commitments and pledges: increased financial contributions, number of resettlement places, access to education, lawful work and social services. However, these pledges made by different stakeholders may still be viewed – in context of current situation – not sufficient. Many of them were already promised during past meetings and summits, or were simply not delivered. For example, is it enough to pledge to create 360,000 resettlement places offered globally – in context to more than 20 million refugees worldwide? Various non-governmental organizations opened a discussion about the efficiency of these pledges, when the international community does not have the system how to monitor and ensure the implementation of these actions.

On the margins of the UN High-Level Meeting, an important side-event connected to youth involvement took place under the name of Transforming Humanitarian Action with and for Young People, co-hosted by The International Peace Institute and the United Nations Population Fund (UNFPA).

One of the outcomes of World Humanitarian Summit process was the Compact for Young People in Humanitarian Action. Different actors and stakeholders signed the Compact to ensure that the rights, priorities and needs of young people affected by crisis are addressed. Compact also recognizes and emphasizes the contribution of young people to humanitarian action, and states that they must be informed, consulted, and meaningfully involved throughout all stages of humanitarian action. The aim of this event was to discuss the effective implementation of Compact into the complex humanitarian arena, to address institutional barriers and explore ways of leveraging and widening the ownership of the Compact. Among the panelists, there were UN agencies, non-governmental organisations and young people contributing to the work on the field. IFMSA had a chance to speak about the work of our members and international efforts in collaboration with the UN MGCY. You can find the coverage of the event by the co-organizer of this panel – International Peace Institute.

In context of UN General Assembly, it is really important to recognize the contribution of young people to humanitarian action and to fully support meaningful youth involvement in all stages of humanitarian response. Young people all around the world are bringing positive changes to their communities, strengthening resilience and ensuring the progress towards sustainable development goals. The global international response to address large movements of refugees and migrants is one of many crucial issues, which need transformation and innovation. But in order to make an effective contribution and visible change in our societies, we need to connect and work together – within the spectrum of youth organizations, but also with governments, non-governmental organizations, UN agencies and private sector. The voice of youth gets stronger by adding each and every sound. The Compact for Young People in Humanitarian Action is an effective tool to facilitate youth-driven change in humanitarian action, and will hopefully lead this change.