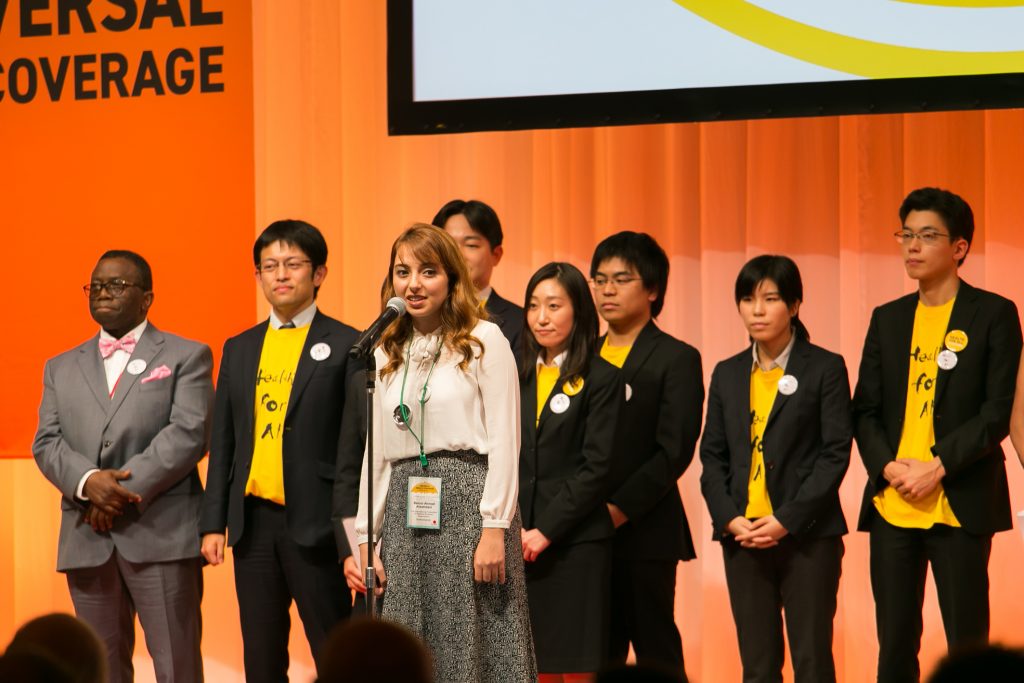 IFMSA was present in UHC Forum 2017 which was held in Tokyo, Japan from the 12th to the 15th of December 2017. IFMSA was represented by the Vice President forExternal Affairs, Batool Wahdani.

IFMSA chose Universal Health Coverage (UHC) as one of its Global External Focus Areas for the term 2017/2018. UHC, being the core of Goal 3 of the Sustainable Development Goals, is one of the mostimportant priorities governments, NGOs and stakeholders are working on and discussing this year on a global level, and IFMSA is an important actor in achieving UHC for all.

Universal Health Coverage (UHC) Forum 2017, jointly organized by the Government of Japan, the World Bank Group, the World Health Organization, the United Nations Children’s Fund (UNICEF), the Japan International Cooperation Agency and the UHC2030. In order to accelerate progress towards UHC and the SDGs, including health security and pandemic preparedness, the forum provided an opportunity to share country experiences in investing in reforms and innovation that deliver promising results and identify scaling up opportunities. The agenda of the forum included a mix of plenary and parallel sessions with an attendance of more than 300 experts on health finance, service delivery and health systems, including representatives from Ministries of Finance and Health from low and middle-income countries, staff from bi- and multi-lateral institutions, civil society organizations, think tanks, and academia.

The Forum had an official public event “Health for All: Rising for our Right to Universal Health Coverage.”which was held on the 14th of December. This event brought together world leaders, youth advocates, celebrity champions, artists/performers and civil society voices in support of the growing Health for All movement including, Dr Jim Yong Kim, World Bank President and Dr Tedros Adhanom, WHO Director General. Given that IFMSA has been an active advocate for UHC, we were invited to be an official speaker in the event, sharing with everyone the commitment of medical students towards achieving UHC. Throughout the event, we spoke about our commitment to educate the future health workforce on the important aspects of UHC, and enable them to practice health care in the near future without an isolation from finances, economics and human rights, by equipping our members with the skills and the knowledge to be active UHC advocates in their communities. In addition to our commitment to be the voice of the youth in UHC global movement.

Furthermore, IFMSA participated as well in a side event for “UHC Youth Japan” in which we spoke about the role of the young health workforce in UHC, the importance of orienting students through medical curricula, and exchange views and practices among multi-stakeholders with a special focus on youths with regard to UHC.

IFMSA has recently joined the UHC2030 and is one of the main partners in it. UHC2030 is the global movement to build stronger health systems for universal health coverage, and provides a multi-stakeholder platform to promote collaborative working in countries and globally on health systems strengthening. IFMSA will always be committed to promote health for all populations, and to educate and empower its members to be the leaders of change. 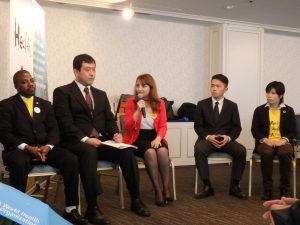