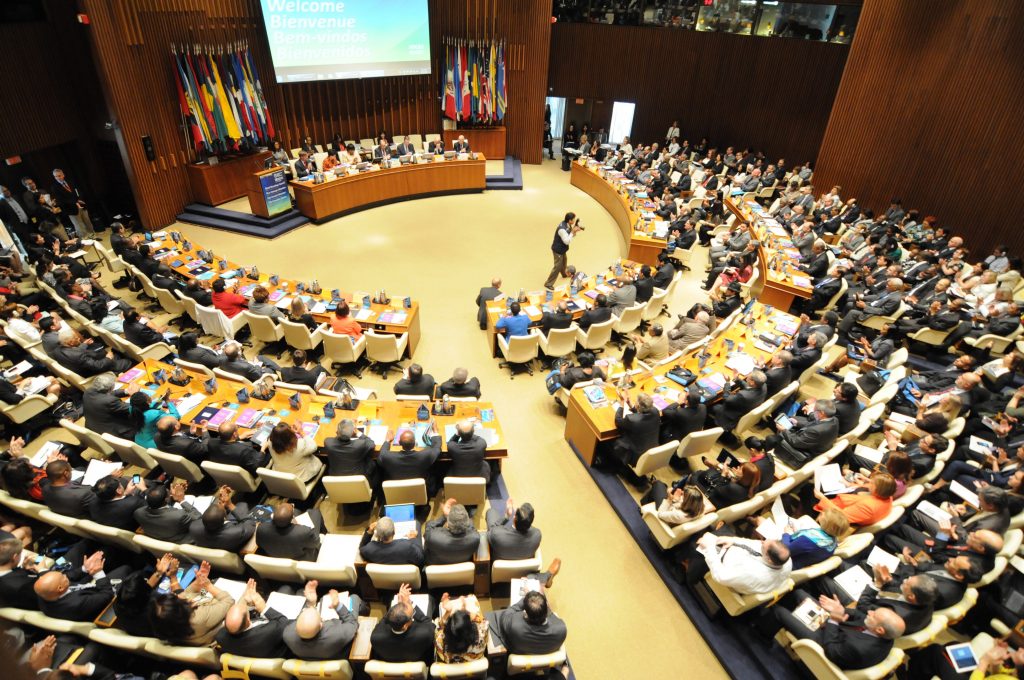 ” Enhance the resilience of national health systems, including by integrating disaster risk management into primary, secondary and tertiary healthcare, especially at the local level; developing the capacity of health workers in understanding disaster risk and applying and implementing disaster risk reduction approaches in health work; and promoting and enhancing the training capacities in the field of disaster medicine; and supporting and training community health groups in disaster risk reduction approaches in health programmes, in collaboration with other sectors, as well as in the implementation of the International Health Regulations (2005) of the World Health Organization ” – Sendai Framework for Disaster Risk Reduction

The 3rd UN World Conference for Disaster Risk Reduction (WCDRR) was not the end but the beginning, the beginning of enhanced actions on DRR. IFMSA already took the lead and expressed our Voluntary Commitments as an officially recognised outcome of the WCDRR. The Federation is now ready to take the next step from the hard work of policy design and focus on implementation. Hopefully the rest of the society will join us and take their responsibilities.

The outcome of the negotiations consist of the so called Sendai Framework for Action on Disaster Risk Reduction, which is based upon multi stakeholders negotiations and consultations the last year. IFMSA have been part of this process and contributed to create this international document that will guide investment and actions on DRR for the coming 15 years. The next step, facilitated by the UNISDR (United Nations Strategy for Disaster Risk Reduction) is to create a Means of Implementation (MoI) to guide the implementation of the Sendai Framework for Action, as well as indicators to assist in the monitoring. So far IFMSA and the Major Group for Children and Youth have not been welcomed to be part of this process. The UNISDR and the co-chair for WCDRR did not provide a transparent and inclusive process of its creation, but kept it looked to handpicked stakeholders. We hope that they will listen to us and let us back into the room. The indicators and the MoI is amongst all what will be used in the everyday life cross sectionally throughout the world.

Important to remembers is thought that the Sendai Framework for DRR is the first milestone in the Post2015 Agenda. We have three larger process in front of us still to be finalised and adopt a new international framework – the Finance for Development, the Sustainable Development Goals and the new Climate Change Framework. In order to reach the sustainable world we aim for, it is crucial to recognize DRR in these frameworks as well. IFMSA will continue to act through the UN MGCY in order to ensure that our policies are heard and implemented in the outcome documents of these processes. You are welcome to join our collaborative efforts!

IFMSA Voluntary Commitments
for the Sendai Framework for DRR

The full text of the IFMSA Voluntary Commitment to Sendai Framework for DRR can be found here: http://issuu.com/ifmsa/docs/ifmsa_voluntarycommitments_ddr