The educational culture in medical schools: an AMEE2014 symposium 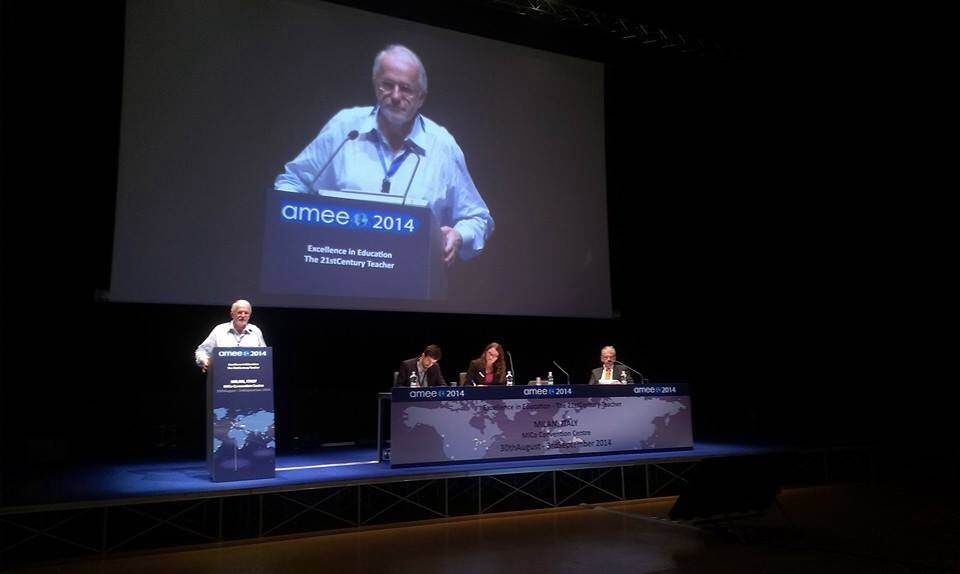 Culture is inevitable; you will find it in any possible group of people. If I would give some personal examples of culture I could talk about Dutch culture, where being modest is appreciated and showing off with money, power or anything else is not accepted; my familys culture, where we always send a postcard for birthdays and give a call to thank the sender for the card; or the IFMSA culture, where all members go along with doing an energizer or dance the hakka. Within the medical profession and medical schools this isnt any different; you could ask any doctor or medical student about typicalities they find in their working environment, either good or bad.

The symposium started off with a talk from Prof. David Gordon, president elect of the WFME. He gave a brief overview of the changes medical school culture has gone through since he was a medical student. He also talked about the facultys perspective on the culture of medical schools, and in his opinion: Med school culture should be one of a community, not us and them. We need to work together and think 50 years into the future, and move away from our culture of short term thinking. Professor Gordon was asked about how he saw the role of international organizations within changing the culture in medical schools. We need to make the case for a better culture of social accountability, and be responsive to the needs of society. Prof. Gordon emphasized the importance of students as prime movers and change makers, and vouched for the importance of joining the discussion with students throughout culture reform.

The doctors perspective on culture in medical schools was explained by Dr. Otmar Kloiber, Secretary General of the WMA. He related the subject to ethics: Ethical behaviour needs to be lived and not demanded, and called for more emphasis on the importance of doctors as role models in healthcare. He used the example of the Declaration of Geneva, adopted by the 2nd General Assembly of the World Medical Association and often referred to as the modern version of the Hippocratic Oath. Whereas the Declaration of Geneva refers to students giving teachers the respect and gratitude that is their due, the Hippocratic Oath contains an element that sometimes seems to have gone lost. It states the obligation of doctors to be teachers as well. 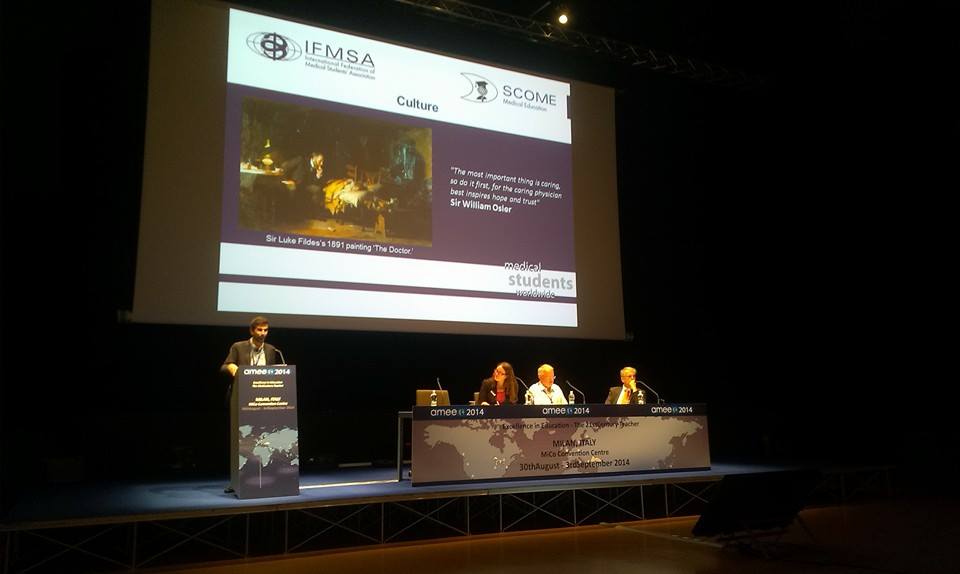 Mr. Agostinho Sousa, IFMSA Liaison Officer for Medical Education issues ended the symposium with a closing speech on the students perspective on culture in medical schools. What do students need? How can we together create the most stimulating learning environment? The important message he ended with is that people always say that students are the future, the ones that will change everything. But doesnt it start right now? With the people that are currently in the role of doctors, deans and educators? They are the ones that need to lead the changes that have to be made in the culture in medical schools, and students are more than happy to provide any support they can give.

Culture is the process by which a person becomes all that they were created capable of being. – Thomas Carlyle

Our immense grattitude goes out to Prof. Gordon, Dr. Kloiber, the WFME and the WMA, not only for their support and presence and inspiring speeches during this symposium, but for their continuous support to and recognition of medical students worldwide.