The 2nd Lancet Commission on Climate Change and Health is out! 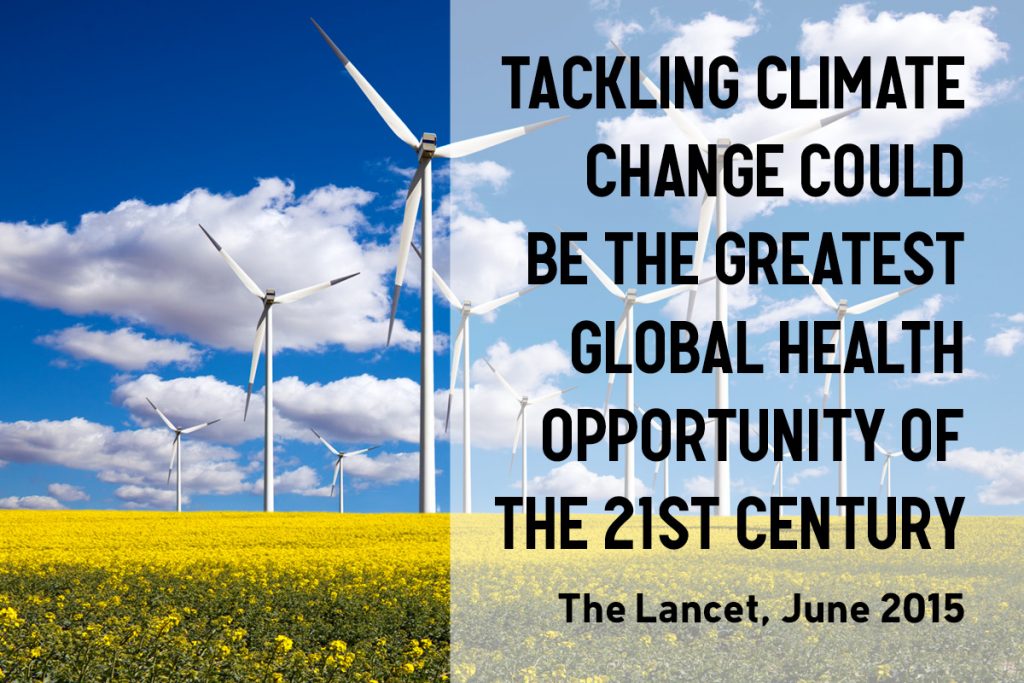 The new report of the Lancet Commission on Health and Climate Change released its second report (following the one released in 2009) entitled “Health and climate change: policy responses to protect public health”. It is fully and available for free online: http://www.thelancet.com/commissions/climate-change-2015.

This report goes one step further from usual scientific publications, not only does it summarized the science behind climate change and health issues and the consequences already being felt today but it also emits a number of policy recommendations to be taken up in the discussions leading to the upcoming global climate agreement that is expected to be adopted this December 2015 at the Conference of the Parties (COP21) in Paris.

Those recommendations are nicely illustrated by the Global Climate Health Alliance, of which IFMSA is a member of:

Most of the recommendations of the commission are what is called “no-regret” policies, i.e. policies that if uptaken do not represent a trade-off from investment of resources in another sector since the health benefits by themselves justify their implementation, and their contributions to climate change only being added benefit.

For those advocates among you, the commission also produced short and sweet briefs that are all bundled up and simplified in order to be directly used with specific groups and you can find those here: https://www.ucl.ac.uk/public-policy/public-policy-briefings/LancetHealthClimate.

In short, reframing the climate change challenge as an opportunity the commission aims to foster further optimism among those who work in a field which is too often plagued by dark predictions of a difficult future. The commission highlights all that we can still do to overcome this challenge as a united humanity, working to also ensure that the most vulnerable are also protected from climate change and brought to a better state of living by action on climate change.

From an IFMSA perspective, the Federation will continue its advocacy and capacity building efforts in the field of climate change and health. Some interesting activities and initiatives are coming up, such as:

A lot is coming up in the next few months, so make sure you stay updated!