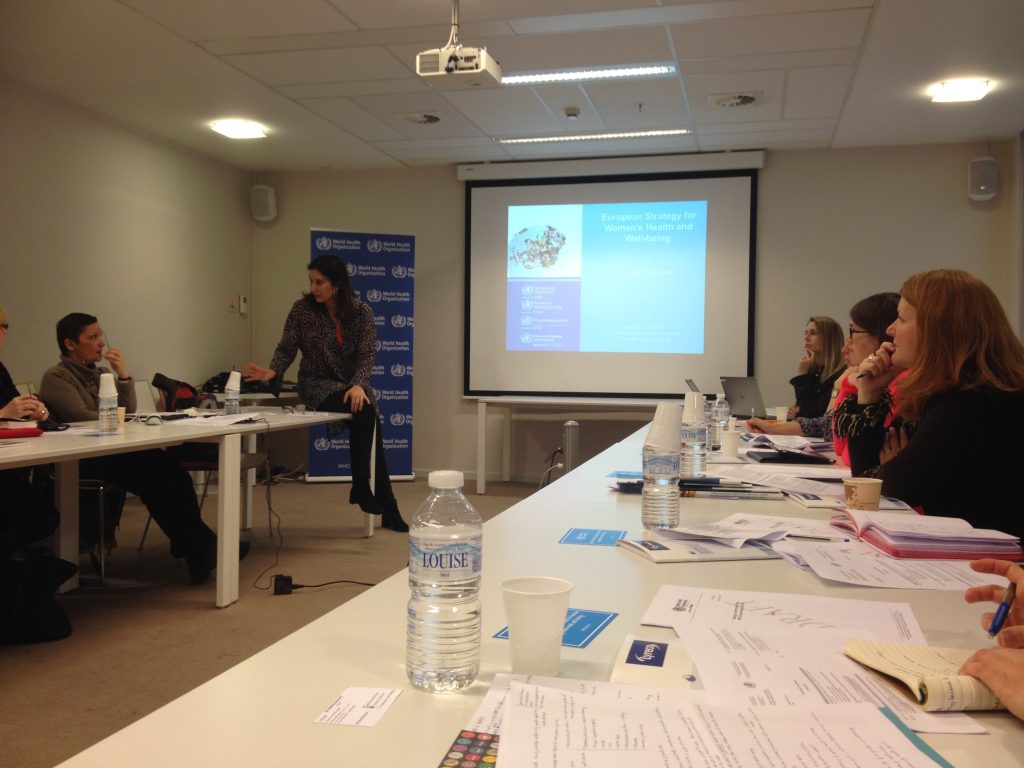 There can be no health equity without addressing the determinants, gender inequities and making the right to health a reality. We are still missing a lot of policies that take a gender-based approach. – WHO Europe

This March, the IFMSA was present during the Technical meeting on womens health in the WHO European Region 2017-2021, hosted by WHO Europe. During the meeting, civil society organizations joined the discussion on the draft strategy that will be finalized and presented to member states this April.

While the world has achieved progress towards gender equality and womens empowerment under the Millennium Development Goals (including equal access to primary education between girls and boys), women and girls continue to suffer discrimination and violence in every part of the world. [i]

Women in the WHO European Region have better health than those in most countries of the world, but inequities are increasing for men and women within and between countries in the Region. [ii] Gender equality is not only a fundamental human right, but also a necessary foundation for a peaceful, prosperous and sustainable world. Health inequities among women remain large and unjustifiable. This is recognized in the WHO report, Beyond the mortality advantage. [iii] The report and the discussions during the technical briefing at the WHO regional committee for Europe in September 2015, together with the commitments expressed 20 years ago through the Beijing Platform for action [iv], and the Programme of Action of the International Conference for Population and Development[v], triggered the draft on the strategy on womens health that has been drafted in coordination with a regional action plan on sexual and reproductive health. 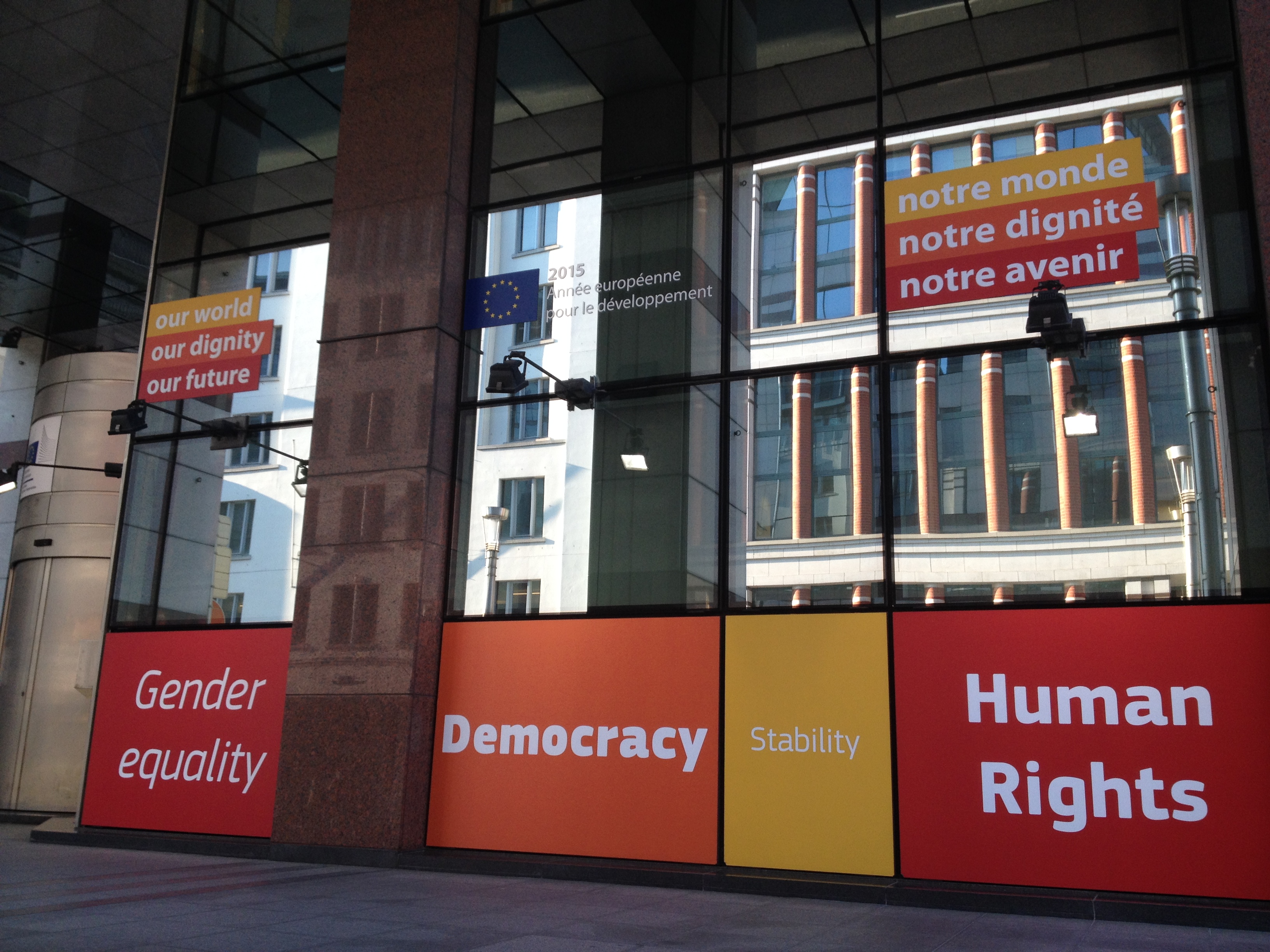 The vision the strategy aims to achieve is that all girls and women are enabled and supported in achieving their full health potential and well-being, with their human rights respected, protected and fulfilled, and in which countries, both individually and together, work towards reducing gender and socioeconomic inequities in health within the region.

The strategy is supported by the values of the European policy framework for health and well-being, health 2020, which acknowledges that gender is a determinant of health, alongside social and environmental determinants. [vi] Gender-responsive health systems ensure that the links between biology, gender and social determinants are addressed across their functions. [vii]

The most striking imbalance of power between women and men is the presence in all countries of violence against women, being a human rights violation and major obstacle to gender equality. Violence has serious and long-term effects on womens physical and mental health through direct and indirect pathways, leading to physical and psychological trauma, stress, fear and a host of health and well-being problems. [viii] Additionally, residence (rural or urban), minority status and disabilities are also important dimensions that need to be taken into account when looking at inequalities in womens health. Specific processes such as climate change, conflict situations, migration and human trafficking create additional vulnerable situations to ill health and have shown to majorly affect women. [ix]

During the technical briefing, civil society organizations including the IFMSA addressed the strategy in 4 areas

IFMSAs major input on the strategy focused on the need for empowering both the current as well as the future health workforce to address issues in womens health, putting health in the perspective of being a state of complete physical, mental, and social well-being and not merely the absence of disease or infirmity. [x] IFMSA has many times before addressed the needs for Social Determinants of Health, human right 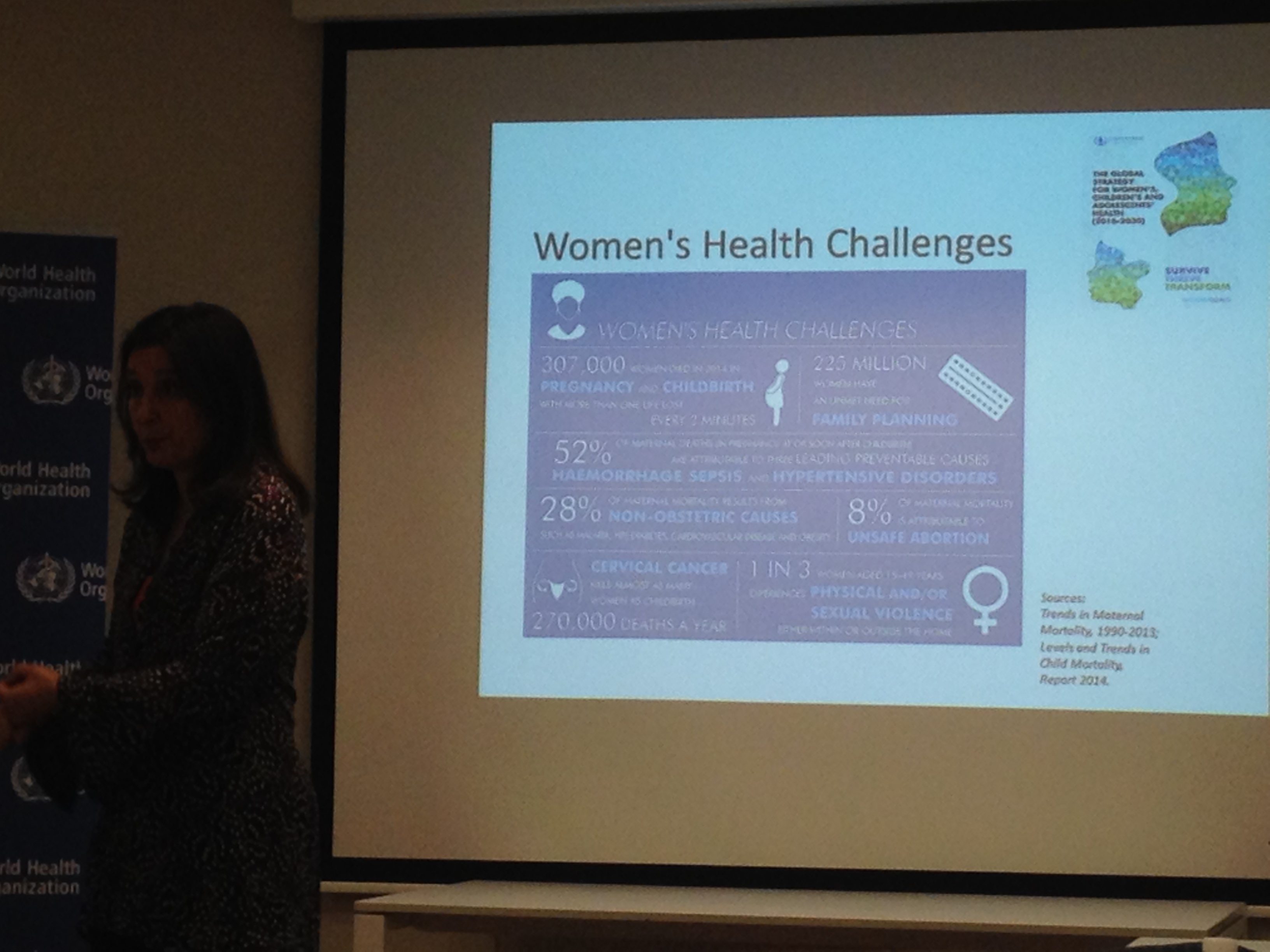 s, health systems and global health education to be included in an effective manner in the formal medical curriculum. Additionally, continuous professional development programs should support current health professionals to understand the implications of SDH and to effectively work in the country’s health system to ensure all necessary care is provided.

The strategy will be further developed by WHO Europe until early April when the second draft will be created, with an additional comprehensive report this July. IFMSA will have the opportunity to provide further written feedback by the end of March, and will invite its members to contribute online.

We embark now on an action plan, we want to make sure the action plan will lead to us to national implementation. Let us know your engagement as civil society, where do you see your strength, and how can you use this strategy as a good advocacy tool. – WHO Europe.