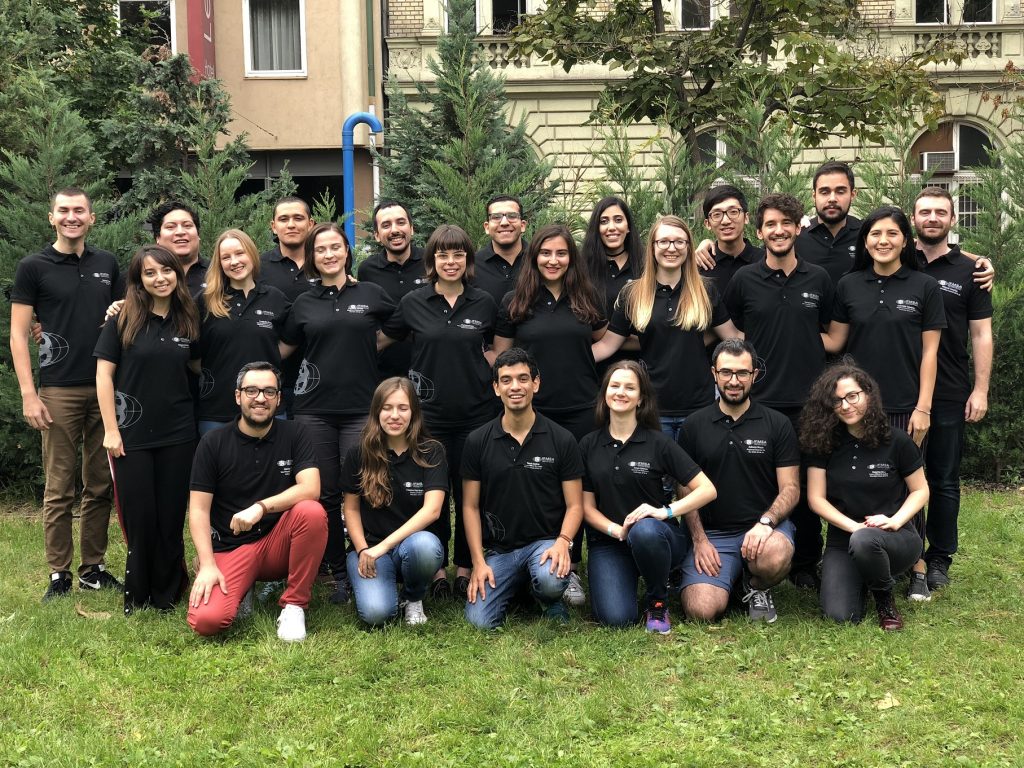 IFMSA carried out its first Team of Officials Meeting (TOM1) for the term 2018-19 in Budapest, Hungary which was hosted by our National Member Organization HuMSIRC Hungary. The meeting was  held from 28th of September until the 4th of October 2018.

The Team of Officials Meeting (TOM) is an event where all IFMSA Officials meet and discuss the management of IFMSA in between General Assembly meetings. There are six TOMs throughout the year. TOM 1 is a very important meeting for the Team of Officials, in which they have the opportunity to welcome the beginning of their term, finalize their plans of action and start serving our Federation. It also serves as a good opportunity for them to strengthen their team work and increase their knowledge about the internal mechanisms of IFMSA.

TOM1 this year included four working days for the Team of Officials and an additional working day for the Executive Board, and it included important discussions and sessions related to: Finalizing the Annual Working Plan, Communication and Social Media guidelines, Updates about Regional Meetings and General Assemblies, External Representation Procedures in IFMSA, Capacity Building and Competency Model, IFMSA Secretariat, IFMSA Finances, Gender Watch in IFMSA,  Alignment of Work Internally and Externally and much more topics. In addition, the Team of Officials internal groups got the time to discuss their collaboration throughout the term and their shared plans, including the Regional Directors Group, Standing Committee Directors Group and Liaison Officers Group. IFMSA Executive Board had one extra day to discuss topics related to decision making and management of the Team of Officials.

The Team of Officials as well ensured to take care of their health during the meeting, by having sessions related to mental and physical health.

HuMSIRC Hungary ensured to host TOM1 in the best possible way. They made sure that the meeting as well will be environmentally sustainable by ensuring to minimize plastic wastes and to promote reusing of the materials of the meeting. They took care of the Team of Officials in their first meeting and ensured the meeting is smooth, productive and fun at the same time. The Team of Officials is thankful for their great hospitality.

In December, the Team of Officials will meet for their second meeting in Poland! Stay tuned for updates.