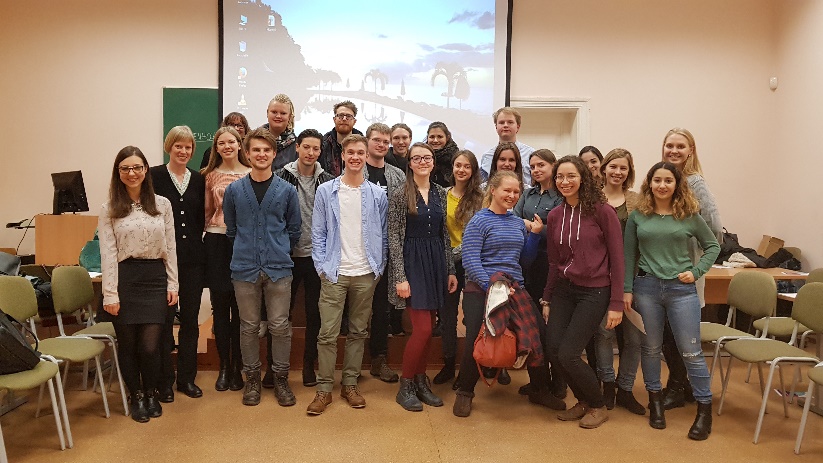 Training on Heteronormativity took place in Lithuania, Vilnius in 2017. The training was organized in collaboration with the national LGBT rights organizations of Finland (SETA) and Lithuania (LGL). It involved medical students from various courses and also attracted students from exchange programmes, as the workshop was presented in English. The workshop was led by two lecturers from SETA.

The training began with a short video on LGBTQ+ and the trainer explaining the immense vocabulary of the LGBTQ+ community, focusing on the most significant terms and their differences. Moreover, the healthcare needs of the LGBTQ+ were discussed to an extent, including an interactive simulation of clinical situations, followed by a group discussion. Various questions were raised regarding the subtleties of collecting patient histories and the emphasis on specific questions aimed at the members of LGBTIQ+ community, as well as mistakes commonly made by healthcare professionals. An open space discussion commenced after the training: the students were able to speak to the lecturers and amongst themselves in a non – formal manner and further debate the issues that were raised during the workshop.

All in all, the training had twenty – eight participants. Training on Heteronormativity not only contributed to increasing the competences of medical students but also aided in including foreign students into Lithuanian Medical Students Association activities. The case examples were uploaded to the LiMSA SCORA online database to be used in future trainings, since the needs of LGBTQ+ are not yet included in the curriculum of Medical education and such workshops have high relevance and will be implemented once again in the future.