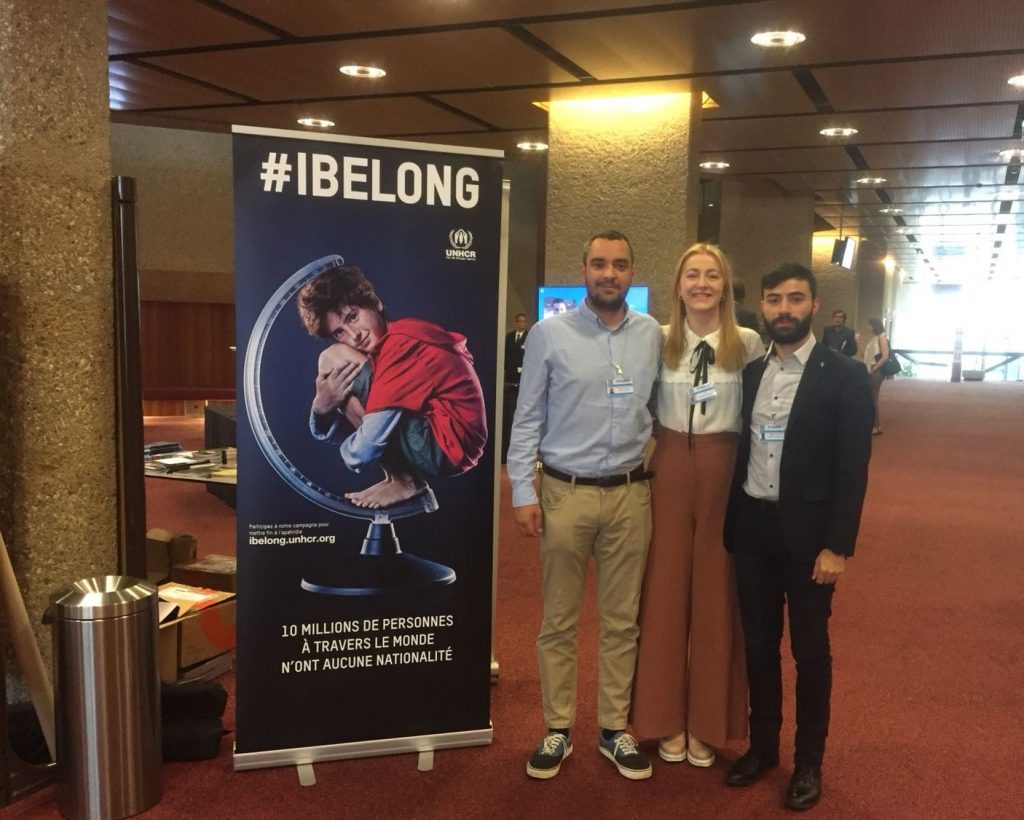 IFMSA was present at the 2018 UNHCR Annual Consultations with NGOs on 26-29 June in Geneva, Switzerland. This periodical event provides NGOs with an important forum to debate global and regional topics with UNHCR representatives and also creates an opportunity to explore new and innovative collaborations not only with UNHCR but also among NGOs. This year’s event was convened under the topic of ”Putting people first”, to emphasize the central idea of refugees’ involvement and needs in humanitarian action.

Our Federation has a longstanding history of working with and for refugees. In fact, IFMSA’s Standing Committee on Human Rights and Peace (SCORP) was created in 1983 as the ”Standing Committee on Refugees”. Its members subsequently realized that in order to effectively work with refugees, they need to address the underlying problems of refugees – violence, discrimination, persecution, and violations of human rights. SCORPions also understood that health of refugees is one of the determining factors of people’s integration and participation in society, hence, as future health professionals, we should pay particular attention to health-related problems of refugees and other populations on the move (or in need of protection).

Putting people first also means leaving no one behind. High commissioner Filippo Grandi writes in his message to participants: ‘It is easy to feel that refugees, and others with whom we work, are last in line. At home, they are unwanted or unsafe, uprooted and forced to flee. In exile, they find safety and often extraordinary generosity, but too often find themselves on the margins – within new territories, but not yet part of new communities.’

In the following three days our aim was to gain knowledge and insight to help us better understand the complex landscape of refugee issues, and its overlap with health issues within the specter of IFMSA’s work. How can we strengthen the response to the current refugee crisis through quality partnership, in order to ensure no one is left behind? What role can IFMSA play in these responses? These are some of the questions we addressed during the consultations.

A highlight of the meeting was the opening Q&A with Filippo Grandi moderated by Zeinab Badawi, renowned BBC journalist. Filippo Grandi masterfully painted a picture of the major challenges of UNHCR and civil society in working to better the situation of refugees worldwide. Grandi called for each of us to stand firm against the wave of xenophobia, exclusion and harmful legislation that is spreading globally. In the current climate of discourse, which dehumanizes and politicizes refugees, both Grandi and Badawi highlight the need to reset this toxic language. In a powerful closing statement, Grandi reminds the room that solidarity and humanity are a shared responsibility.

In the Q&A with assistant high commissioner for protection, Vulker Türk shed light on how the refugee issue can be a catalyst for social change, drawing forward the fundamentals of humanity. For this to happen, he says that the silent majority must move towards a stronger approach of compassion against indifference. Civil society organizations, the IFMSA included, play an important role as a moral compass. We are a constant reminder of the fundamental humanitarian principles governments and other stakeholders should follow and strive towards. Turk also focused on addressing the core issues of detainment, highlighting the points brought forward in the IFMSA press release on the detention of children in the United States of America. 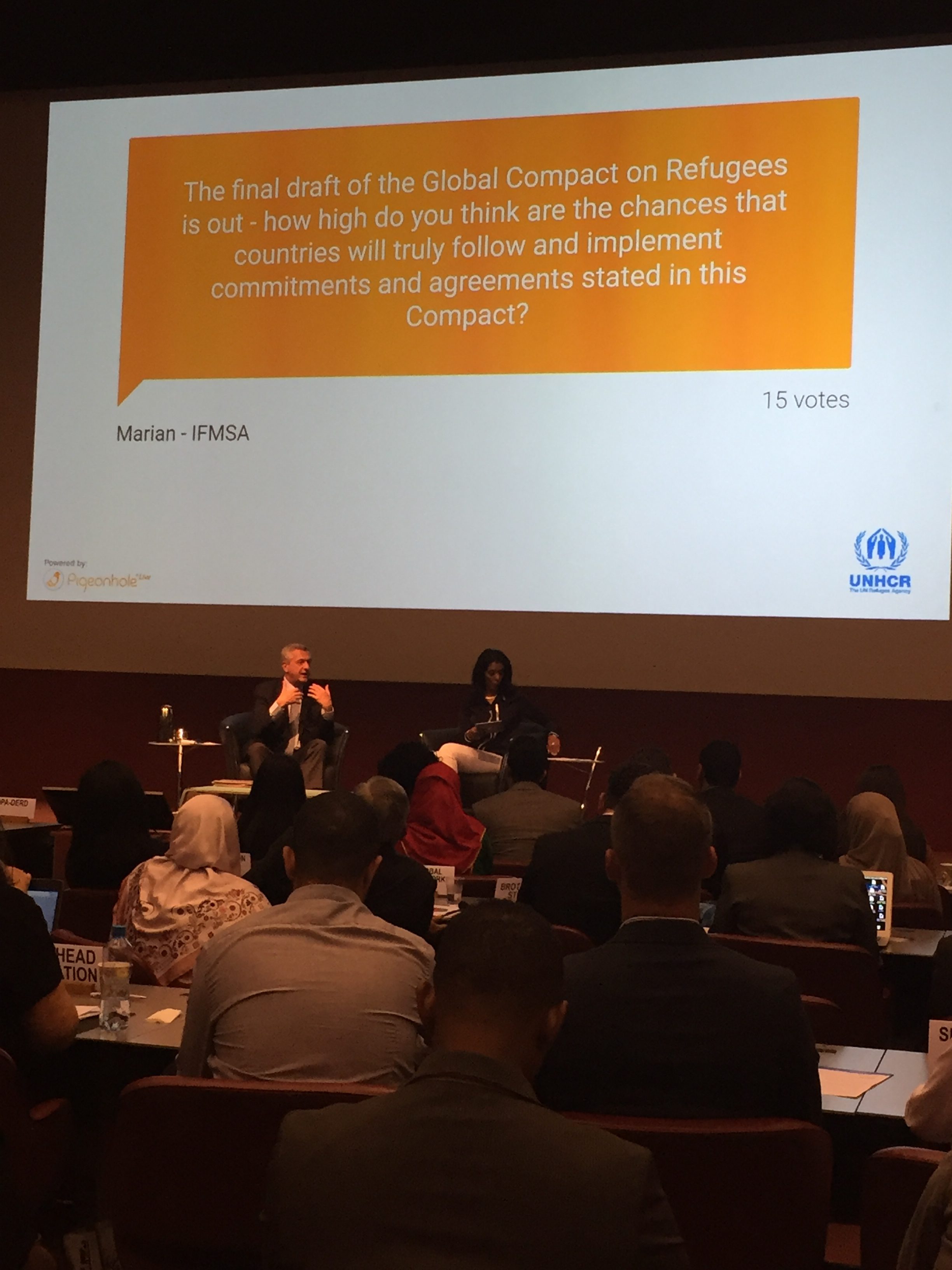 After three hectic days, we left the UNHCR consultations with new ideas and tools to work towards greater equality for refugees, internally displaced people, and stateless people. The IFMSA is a meaningful channel for youth expression with the potential to grow to be a valued voice in the field of refugee health issues. Striving for equal access to health services for all vulnerable groups, including refugees, will bring us one step closer to the accomplishment of universal health coverage – the ultimate goal we all seek for.