Pursuing our agenda to end discrimination in healthcare 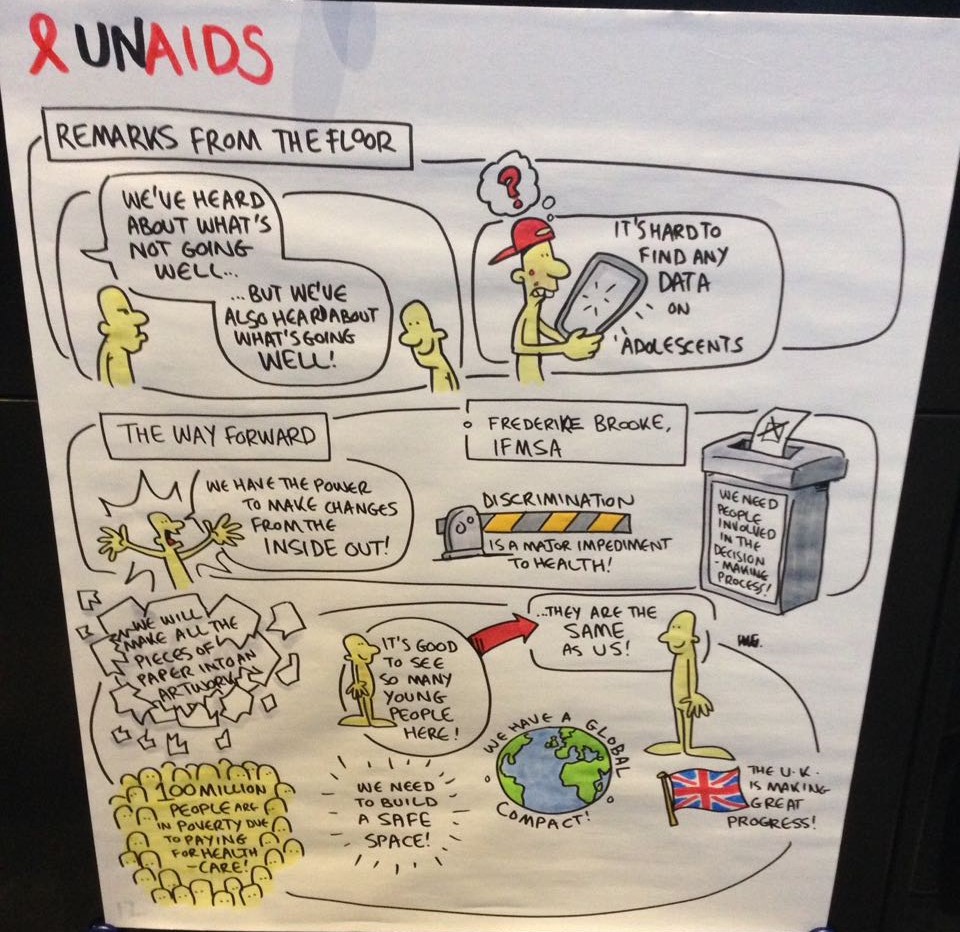 On the 13th and 14th of December 2017, IFMSA had the chance to be present in the 41st UNAIDS Programme Coordinating Board (PCB) Meeting which was held in the WHO headquarters in Geneva. The PCB is the guiding body of UNAIDS and consists of representatives of governments, the UNAIDS cosponsors and nongovernmental organisations (NGOs). It meets twice a year to review UNAIDS’ activities of the previous terms and to approve the plan of action and budget for the upcoming period.

IFMSA attended the meeting as one of the observer NGOs, represented through Carles Pericas (Liaison Officer for Sexual and Reproductive Health Issues incl. HIV/AIDS 2016-2018) and Frederike Booke (SCORA Regional Assistant for Europe 2017-2018). It was a great opportunity to get a closer insight on the recent progress in the global HIV response, meet with our partner organisations on HIV-related issues as well as actively advocate for the involvement of young health workers in the HIV strategy.

IFMSA’s intervention in the panel “From challenges to solutions: programmes to reduce discrimination in healthcare” was a chance for our federation to present many of the actions that we have been taking in the context of IFMSA’s endorsement of the Zero Discrimination Agenda advancing it in collaboration with key populations. Find the Thematic Segment Contribution here: goo.gl/kzBD5r.

Afterwards, thanks to the support of the UNAIDS Deputy Executive Director Luiz Loures, IFMSA was given another chance to speak during the closing of the Thematic Segment. Find IFMSA’s Closing Remarks here: goo.gl/GhxWqM.

Overall, it was a productive meeting in which we could further define IFMSA as a relevant agent in the HIV response as well as showcase the work our advocates all around the world are doing to achieve the end of AIDS.

For more information on the discussions around discrimination in healthcare settings, you can check the following link (goo.gl/uZryTY).