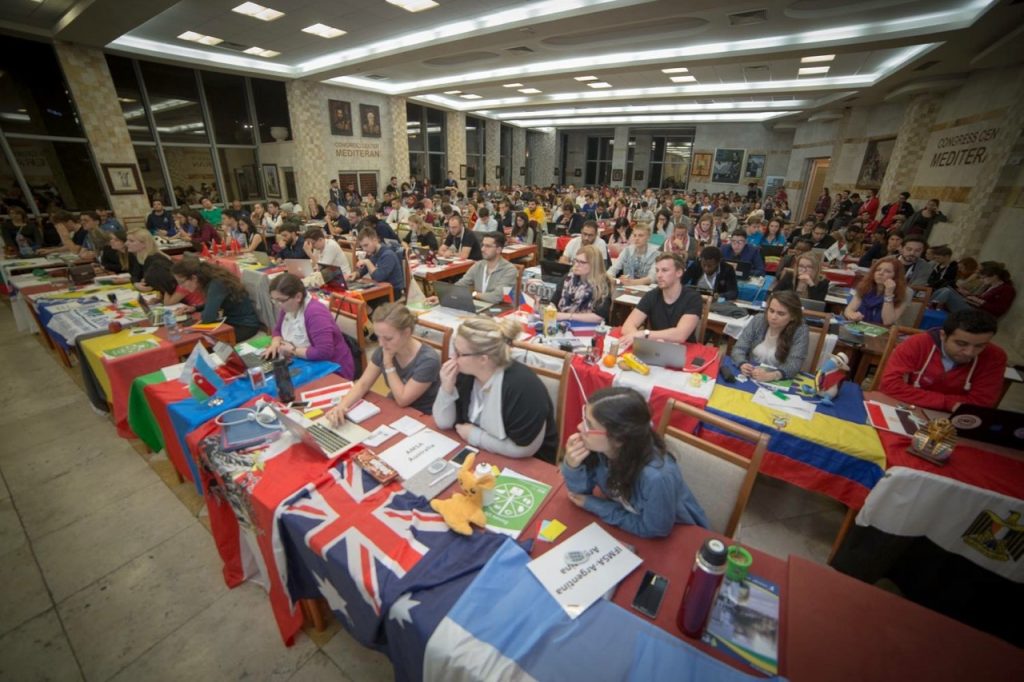 Amsterdam, The Netherlands – The International Federation of Medical Students Associations (IFMSA) has just wrapped up its 66th March Meeting General Assembly. The meeting, which hosted over 1000 medical students from over 90 countries in the beautiful city of Budva, on the Montenegrin coast, took place from the 2nd till the 8th of March, 2017 under the theme Donate Life: Organ and Tissue Donation.

The Pre-General Assembly:
Prior to the meeting, from the 26th of February till the 2nd of March, 2017, Budva was also host to an additional 250 students, who had the chance to participate in one of twelve Pre-GA Workshops: Essential Leadership Skills; Global External Focus Areas and External Representation in IFMSA; International Training on Disaster Medicine (ITdM); Presidents Workshop; Project and Activity Management: from Idea to Impact; Public Health Leadership Training (PHLT) on Antimicrobial Resistance; the HIV Education and Advocacy Training (HEAT); Training Medical Education Trainers (TMET); Training New Exchange Trainers (TNET); Training New Human Rights Trainers (TNHRT); Training New Trainers (TNT); and Transforming our World by 2030.

Each of these 3-day workshops aimed to engage participants and teach them new skills in the different fields of medical education, public health, sexual & reproductive health, human rights & peace, as well as leadership and personal development. This is but one part of how IFMSA aims to create better healthcare professionals, who are well equipped to face growing health and social challenges. 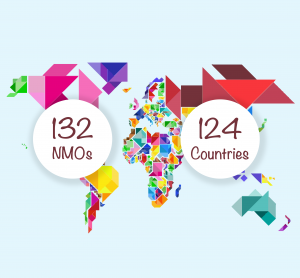 IFMSA is growing:
During this General Assembly, IFMSA has grown into 132 National Member Organizations (NMOs) from 124 countries, with the newest candidate members being CAMSA-Cameroon and IFMSA-Saint Lucia. Congratulations and welcome to the family! We would also like to congratulate UniGaMSA-Gambia, AEM-Guinea, IFMSA-Honduras, AMSA-Singapore, and Phenomenon-Uzbekistan on becoming full members of the Federation!

In terms of policy and advocacy work, ten (10) policy documents were adopted and/or renewed. These concern topics such as?Abolishing Child Marriage; Access to Safe Surgery and Anesthesia; Breastfeeding; Ending Gender Based Violence; Ensuring Access to Medical and Humanitarian Aid; Ensuring Access to Safe Abortion; Protection of Health Services; and Universal Health Coverage. Those policy statements will support IFMSA global health advocacy at the highest levels and will be available online at www.ifmsa.org.

Theme Event and the Budva Youth Declaration:
This March Meeting was somewhat special in that it hosted two parallel theme events!

Donate Life: Organ and Tissue Donations was one of the theme events and it featured Prof Nemanja Radojevic, forensic pathologist, and Prof Marina Ratkovic, nephrologist and head of the Montenegro National Committee on Organ Donation and Transplantation. The two professors explored the different aspects of organ and tissue donation, be it legal, ethical, social, religious and practical. They also conducted an interactive simulation on pancreas transplantation.

The second theme event was a youth caucus on noncommunicable diseases (NCDs), which hosted various speakers in two different panels, engaging medical students to increase awareness and encourage advocacy and meaningful youth participation at all levels of society. The NCD Youth Caucus was an official pre-dialogue meeting prior to the Global Dialogue meeting organized by the WHO Noncommunicable Diseases Global Coordination Mechanism (NCD GCM) in October 2017. All discussions culmniated in the adoption of the Bduva Youth Declaration: A Call to Action on Noncommunicable Diseases. You can read more about the caucus and the declaration here.

IFMSA Strategy 2017-2020:
For the past six months now, the IFMSA Executive Board has been setting the framework for the upcoming IFMSA Strategy, which will guide the work of the Federation for the period between 2017 and 2020. Weve held different consultations with our members both at previous regional meetings and via online channels, and we will be consulting other important stakeholders, such as alumni, honorary life members, non-member medical students, and relevant external partners.

MM2017 also saw a central session on the Strategy 2017-2020, whereby Mr. Henning Bendsten, our strategy consultant, had the opportunity to interact with participants, explain to them the importance of strategy and the process weve followed so far, and challenge them to think about the future of IFMSA and to participate in the on-going consultations.

Election of the Executive Board 2017-2018:
As is habit every March Meeting, the Plenary of the GA elected members to the Executive Board of 2017-2018, who now have six months of planning and preparation before assuming office on October 1, 2017. The EB-elect is composed of the following:

The position of Vice-President for Public Relations and Communication remains vacant as of now, since there were no candidates during the March Meeting. Elections for this position are set for the upcoming August Meeting in Tanzania, along with the election of the remaining Team of Officials positions.

The Post-General Assembly:
Though the meeting came to a close on the 8th of March, a group of 30+ students went on a 4-day 3-night tour of all of Montenegro, thus experiencing the best of what this beautiful country has to offer! The cities of Kotor, Cetinje, Podgorica, as well as Lake Skadar on the border with Albania were all on the program.

IFMSA wishes to thank MoMSIC-Montenegro and all members and volunteers of the Organizing Committee of the March Meeting 2017 for their enormous efforts and their dedication to make this meeting one of the most memorable IFMSA meetings in recent years. Weve enjoyed our stay and surely hope to be back soon!

—
About IFMSA
The International Federation of Medical Students Associations (IFMSA) envisions a world in which all medical students unite for global health and are equipped with the knowledge, skills and values to take on health leadership roles locally and globally. Founded in 1951, IFMSA today represents a network of 1.3 million medical students through its 130 national member organizations in 122 countries. More information can be found at: www.ifmsa.org.