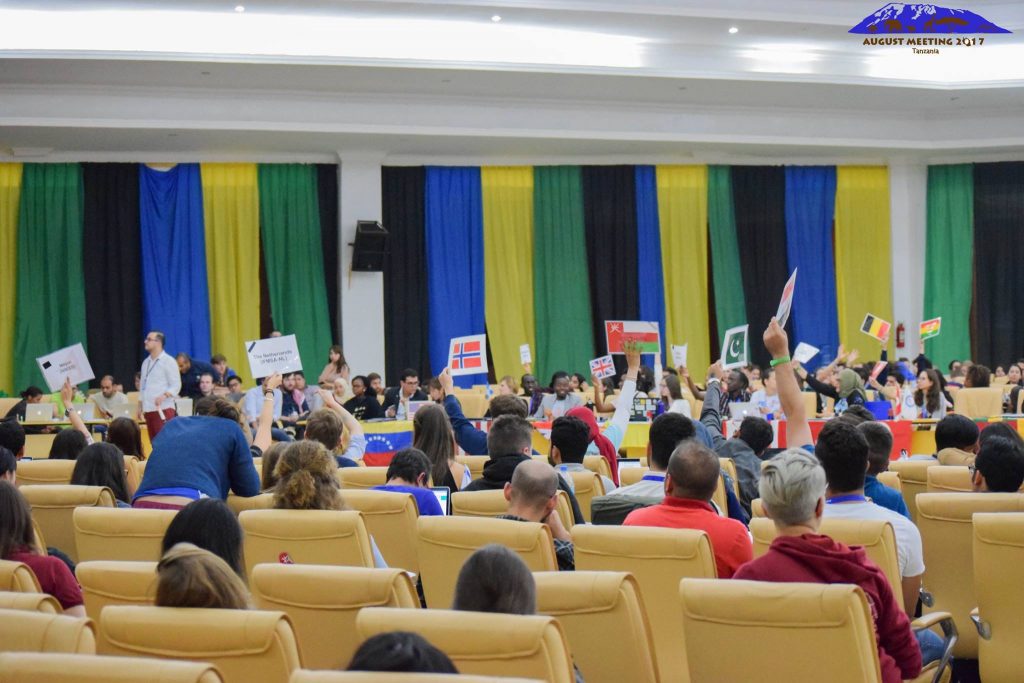 Amsterdam, The Netherlands – The International Federation of Medical Students’ Associations (IFMSA) has just wrapped up it 66th August Meeting General Assembly. The meeting, which was the biggest ever in terms of countries represented, hosted over 800 medical students from 102 countries in the beautiful city of Arusha, Tanzania, and took place from the 1st until the 7th of August 2017, under the theme Human Resources for Health within the SDG3 Framework. 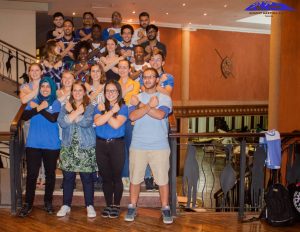 Prior to the meeting, from the 27th of July until the 1st of August, Arusha was also host to an additional 200 students who had the chance to participate in one of ten Pre-GA Capacity Building Workshops: Public Health Leadership Training (PHLT) on Mental Health, Activity Management: From Idea to Impact, Essential Leadership Skills, Presidents’ Pre-GA Workshop, Women’s Reproductive Health and Access to Safe Abortion (Ipas), Human Rights for Medical Practitioners, Training Medical Education Trainers (TMET), Training New Exchange Trainers (TNET), and Training New Trainers (TNT).

Each of the these 3-day workshops aimed to engage participants and teach them new skills in the different fields of medical education, public health, sexual and reproductive health, human rights and peace, as well as leadership, and personal development. This is but one part of how IFMSA aims to create better healthcare professionals, who are well equipped to face growing health and social challenges. 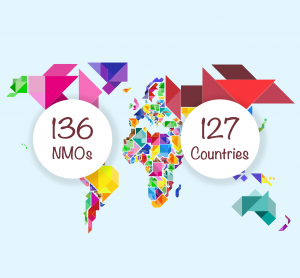 During the General Assembly, IFMSA has grown to 136 National Member Organisations (NMOs) across 127 countries, with the newest candidate members being FNESS-Senegal, MSANC-Northern Cyprus, NAMS-Yemen, QMSA-Qatar, and TTMSA-Trinidad and Tobago. Congratulations and welcome to the family!

Strategy, Agreements, and Policy Documents:
After a year-long process of planning and consultations, the Executive Board submitted the final draft of the IFMSA Strategy for the period of 2017-2020. This document outlines the most important strategic goals that the Federation should work on in the upcoming three years; it was submitted for adoption by the General Assembly, and the motion passed memo contra! You can read the full document here.

In terms of policy and advocacy work, 12 new policy documents were adopted by the General Assembly. These concern topics such as Active Ageing and Life Course; Antimicrobial Resistance; Children’s Health and Rights; Disaster and Emergency Management; Ethical Finance in IFMSA; Health Equity and Social Determinants of Health; Meaningful Youth Participation; Migrants’ Health; Noncommunicable Diseases; Open Access, Open Education and Open Data; and Peace, Peacebuilding, and Health. These documents will support IFMSA global health advocacy efforts at the highest of levels, and are be available online at www.ifmsa.org. 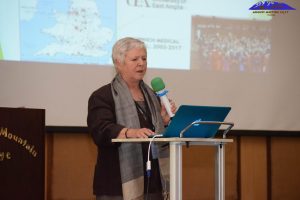 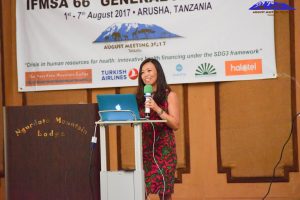 This General Assembly’s theme was Crisis in Human Resources for Health: Innovative Health Financing within the SDG3 Framework. Seeing that, without enough healthcare workers with the right set of skills where they are needed the most, neither Universal Health Coverage (UHC) nor the Sustainable Development Goals (SDGs) can be achieved, this theme event brought together several high profile and national speakers to engage participants and try and find possible solutions to the problems at hand regarding Human Resources for Health.

The positions of Vice-President for Capacity Building and Vice-President for Public Relations and Communication remain vacant, unfortunately. A special election will be held for the former while the latter will be filled by appointment of an interim official via the current Executive Board.

The Post-General Assembly:
Though the meeting came to a close on the 7th of August, a group of 30+ students went on separate 4-day 3-night trips across Tanzania, thus experiencing the best of what this beautiful country has to offer! On the program were a Safari in the Ngorongoro Crater Conservation Area and a trip to the island of Zanzibar.

IFMSA wishes to thank TAMSA-Tanzania and all members and volunteers of the Organising Committee of the August Meeting 2017 for their enormous efforts and their dedication to make this meeting one of the most memorable IFMSA meetings in recent years. We’ve enjoyed our stay and surely hope to be back soon!

—
About IFMSA
The International Federation of Medical Students Associations (IFMSA) envisions a world in which all medical students unite for global health and are equipped with the knowledge, skills and values to take on health leadership roles locally and globally. Founded in 1951, IFMSA today represents a network of 1.3 million medical students through its 136 national member organisations in 127 countries. More information can be found at: www.ifmsa.org.