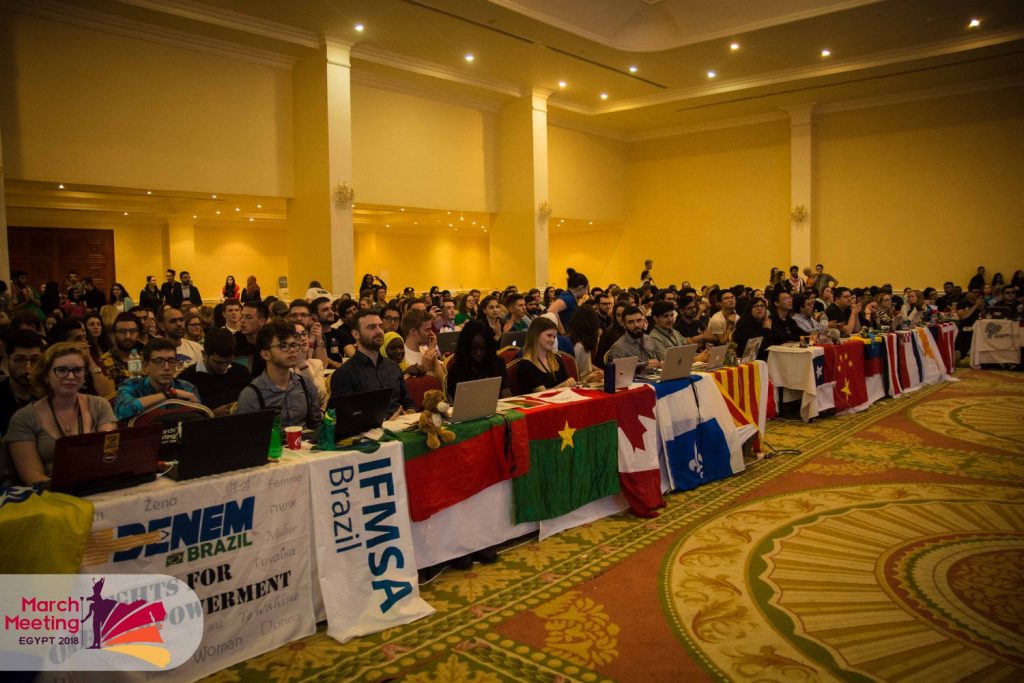 Amsterdam, The Netherlands – The International Federation of Medical Students’ Associations (IFMSA) has just wrapped up it 67th March Meeting General Assembly. The meeting, which hosted over 1000 medical students from 101 countries in the sea-side city of Hurghada, Egypt, took place between the 1st until the 7th of March 2018, under the theme of The Road Towards Universal Health Coverage. 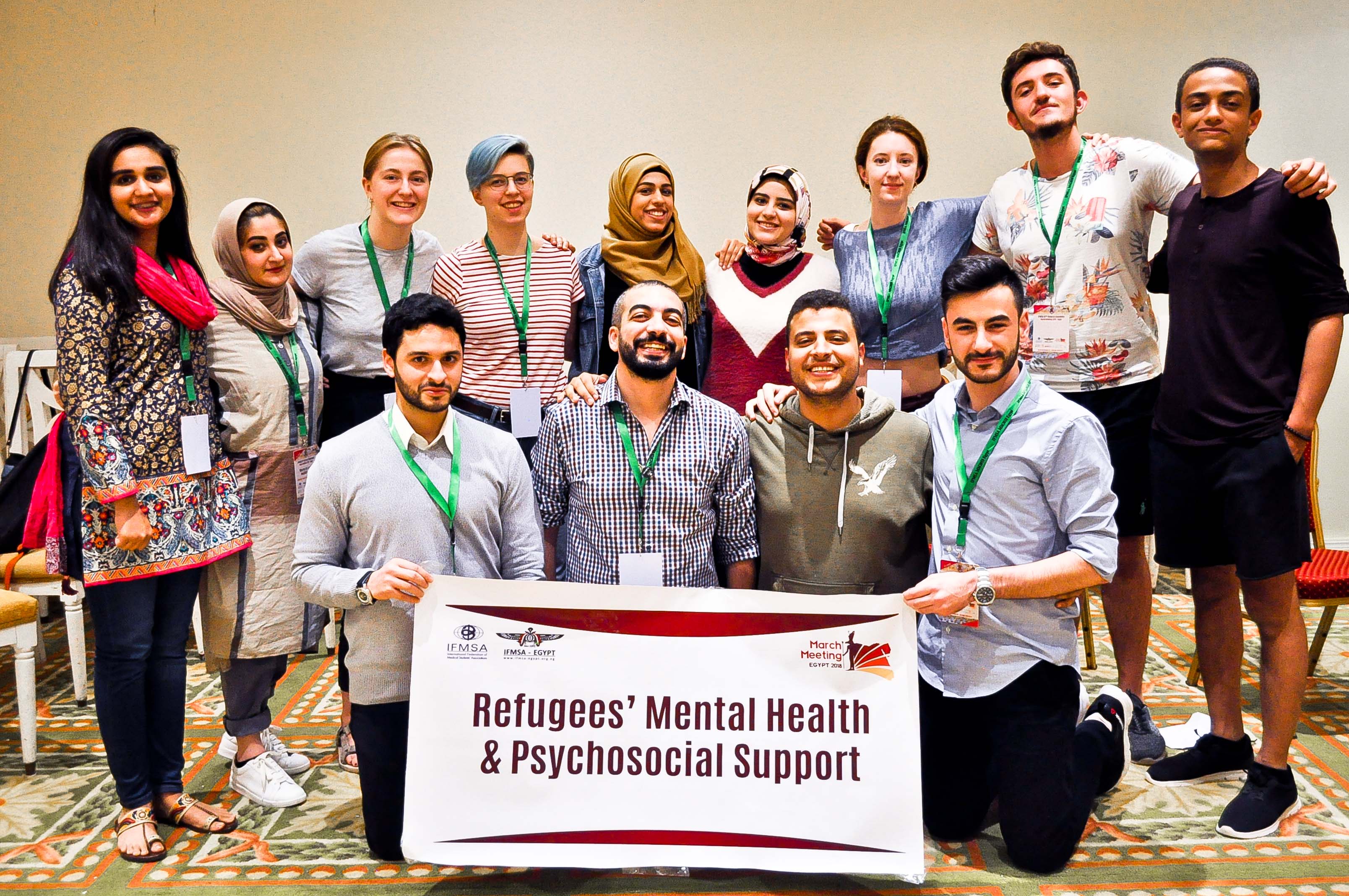 Each of these 3-day workshops aimed to engage participants and teach them new skills in the different fields of medical education, public health, sexual and reproductive health, human rights and peace, as well as leadership, and personal development. This is but one part of how IFMSA aims to create better healthcare professionals, who are well equipped to face growing health and social challenges. 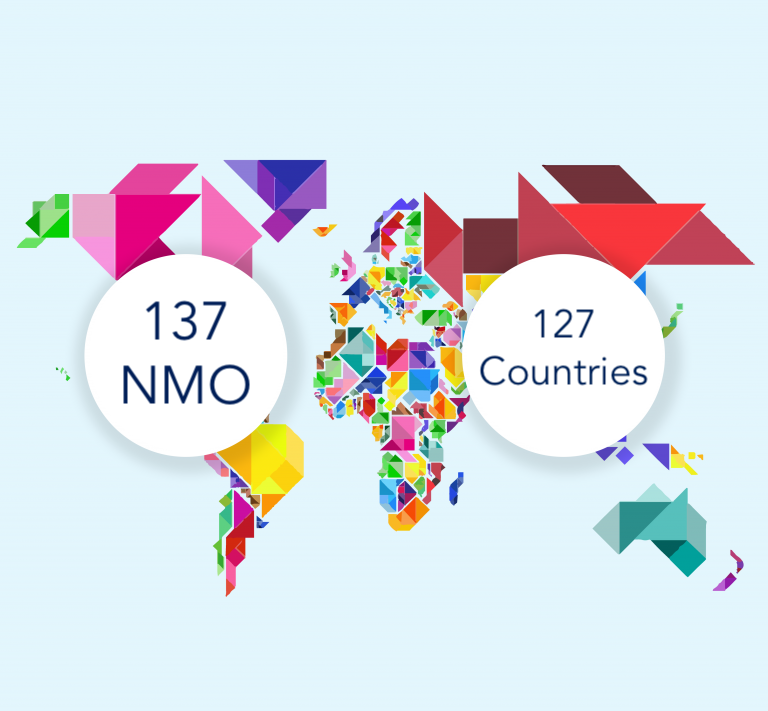 During the General Assembly, IFMSA has grown to 137 National Member Organisations (NMOs) across 127 countries, with the newest candidate members being IFMSA-Aruba, TJMSA-Tajikistan, and SMMAMS – Malaysia. 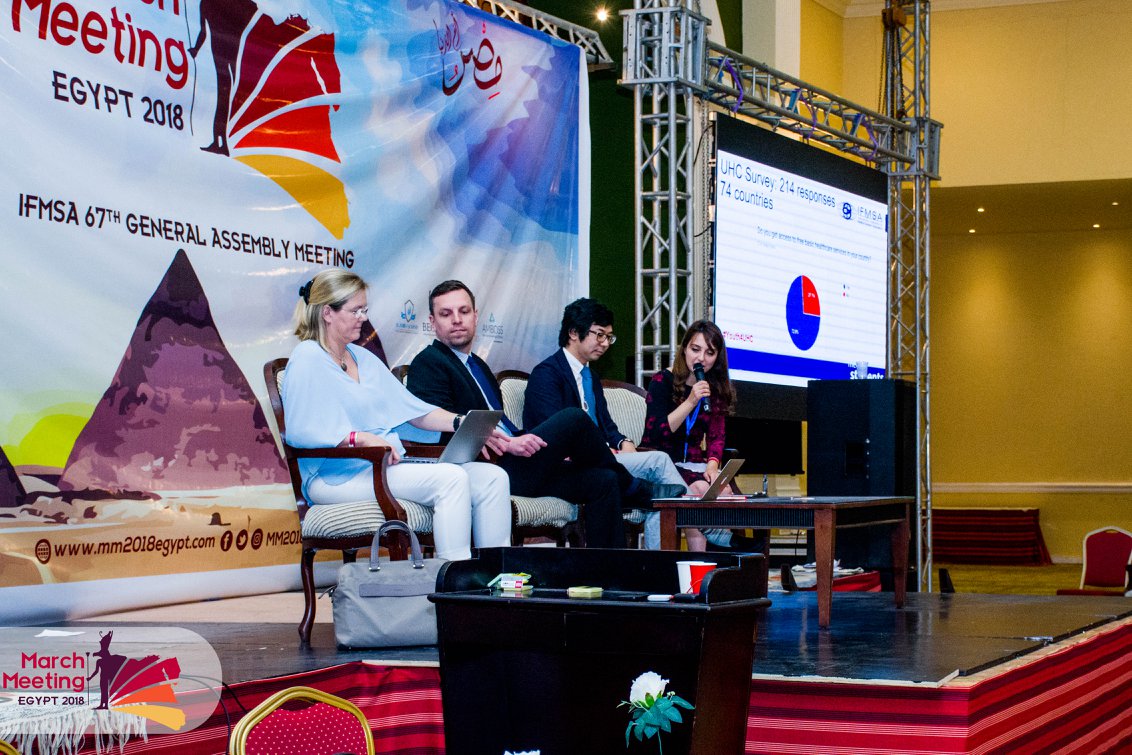 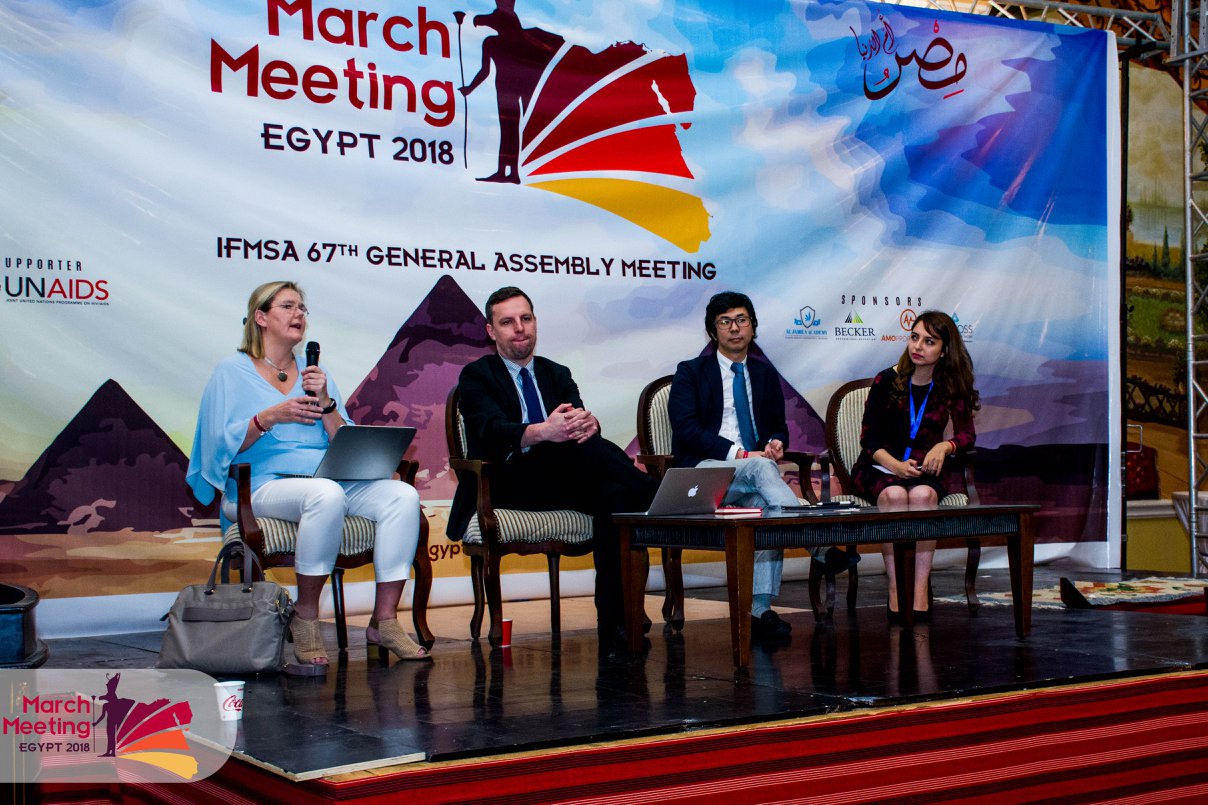 This General Assembly’s theme was The road towards Universal Health Coverage . IFMSA chose Universal Health Coverage (UHC) as one of its Global External Focus Areas for the term 2017/2018. UHC, being the core of Goal 3 of the Sustainable Development Goals, is one of the most important priorities governments, NGOs and stakeholders are working on and discussing om a global level, and IFMSA is an important actor in achieving UHC for all.

IFMSA has received a video message from WHO Director General, Dr Tedros Adhanom, encouraging and supporting IFMSA members to work towards achieving Universal Health Coverage. If you didn’t get the chance to attend the general assembly, you can still check out his message on this (link).

During the theme event, we carried out a panel discussion on Universal Health Coverage and discussed important topics and aspects related to it including: Health Equity, Political Will, Civil Society Engagement, Medical Education and Equipping the Future Health Workforce, and the Role of Partnerships.

After the panel, we held small working groups which drafted the different parts of the Hurghada Youth Call to Action on Universal Health Coverage (link), which is an outcome document from the theme event that will be used by IFMSA in high-level meetings and discussions.

IFMSA is a leading organization in working towards ensuring health for all, and we will work together, hand in hand, with all of our members to equip the future health workforce with all they need to achieve Universal Health Coverage. 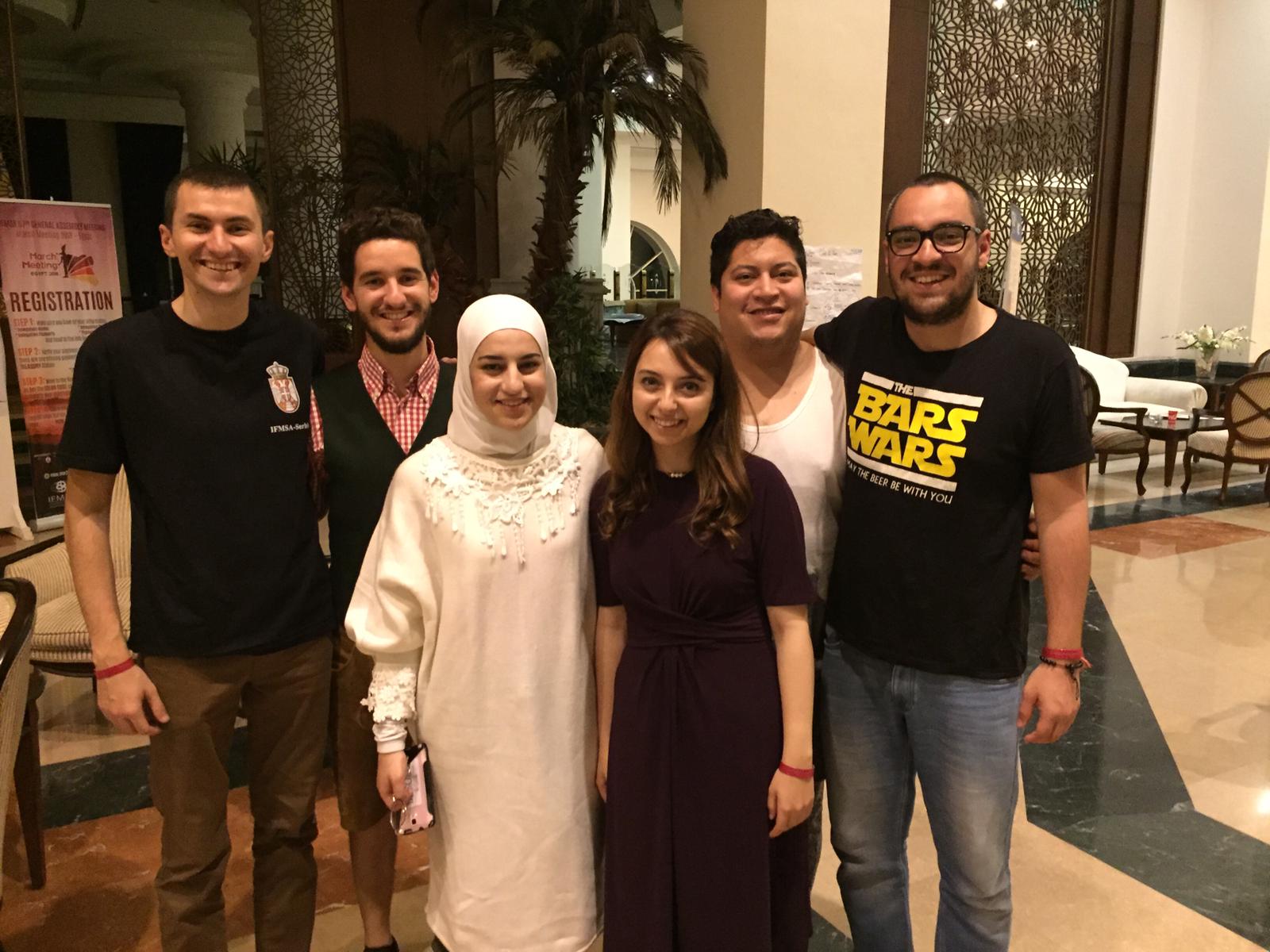 As is our procedure every March Meeting, the Plenary of the GA elected members to the Executive Board of 2018-2019, who now have six months of handover, planning, and preparation before assuming office on October 1, 2018. The EB-elect is composed of the following:

The position of Vice-President for Finances remains vacant as of now, since there were no candidates during the March Meeting. Elections for this position are set for the upcoming August Meeting in Montréal, along with the election of the remaining Team of Officials positions.

Though the meeting came to a close on the 7th of March, many of the GA participants went on various beautifully organized trips with varying length across Egypt. The OC and their partner agency prepared separate 1 to 4-day trips to many touristic destinations such as Luxor, Cairo, Hurghada, and Alexandria.

IFMSA wishes to thank IFMSA-Egypt and all members and volunteers of the Organising Committee of the March Meeting 2018 for their enormous efforts and their dedication to making this meeting one of the most memorable IFMSA meetings in recent years. We’ve enjoyed our stay and surely hope to be back soon!

The International Federation of Medical Students Associations (IFMSA) envisions a world in which all medical students unite for global health and are equipped with the knowledge, skills and values to take on health leadership roles locally and globally. Founded in 1951, IFMSA today represents a network of 1.3 million medical students through its 137 national member organisations in 127 countries. More information can be found at: www.ifmsa.org.