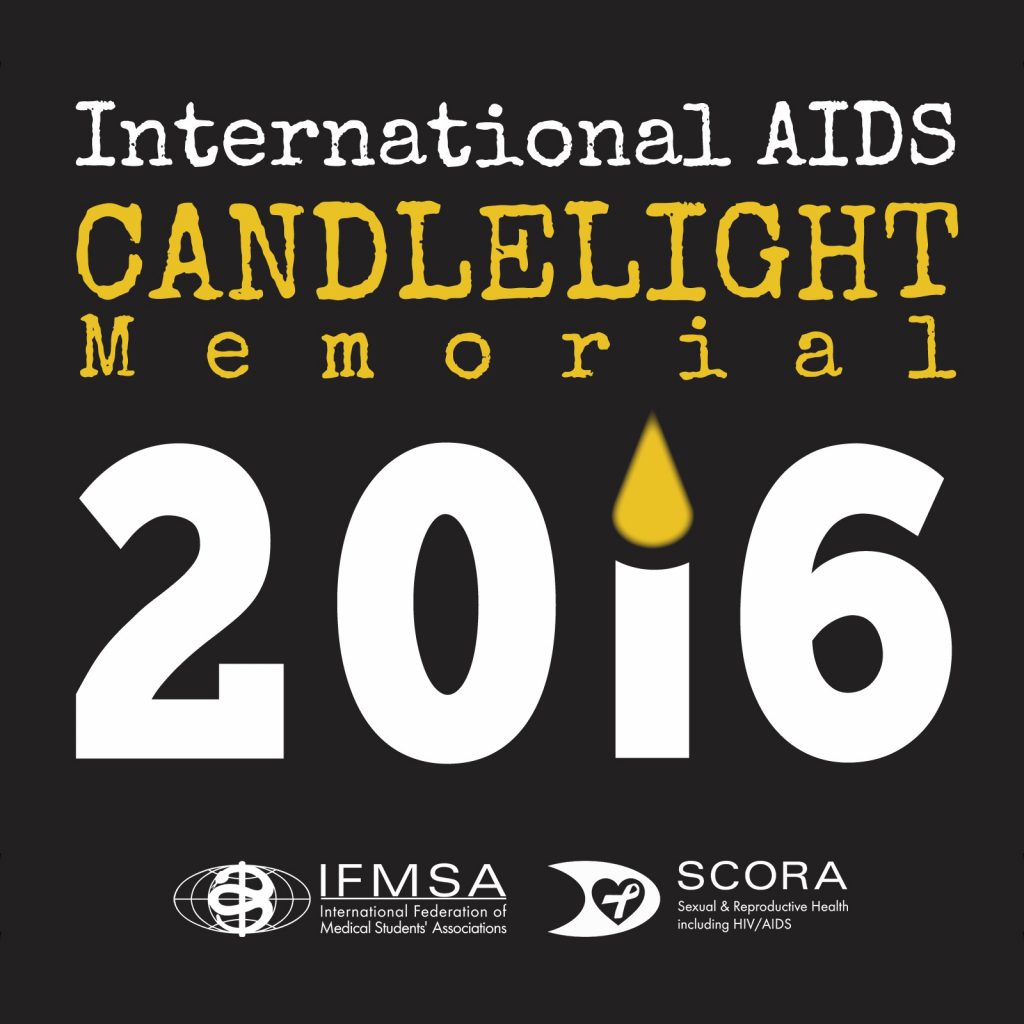 As you may know, every year during the third Sunday of May from SCORA we celebrate the International AIDS Candlelight Memorial (CLM), an initiative coordinated by the Global Network of People Living with HIV. Being one of the worlds largest and oldest grassroots movements for HIV awareness and prevention, it was started back in 1983 and its led by a coalition of over 1000 community organizations, representing more than 100 countries.

In the IFMSA, we acknowledged the HIV epidemic as one of the major focal points to tackle thanks to SCORA, not only through our internal work but also through our commitment with networks such as GNP+ and The PACT coalition. HIV has been a disease of global concerns for over three decades. In 2014, 0.8% of the global population (36.1 million people) were living with HIV, and despite growing efforts on prevention, treatment and care, AIDS-related illnesses have taken 25.3 million lives since 2000. Statistics show that although the situation continues to improve, much more needs to be done as approximately 46% of people living with HIV are unaware of their status, while 57% are still not accessing antiviral treatment.

Its worth mentioning as well the impact HIV has among key affected populations, with children and adolescents being the most vulnerable groups. The staggering figure of 2.6 million children living with HIV cannot be treated lightly. At the same time, 220,000 children were newly infected in 2014, indicating a 58% decline since 2000, which reflects the impressive progress made by global efforts. Moreover, AIDS is the second leading cause of death among adolescents (10-19) globally and the first leading cause in Africa. Despite their vulnerability, young people also have great potentials and play a vital role in ending this epidemic and therefore should be included in every stage of the response.

This years global CLM campaign has gone along a theme called “Engage, Educate and Empower”. From the SCORA International Team, we would like to highlight the importance of advancing our interventions to indeed, engage members in the response, provide educational tools to future health professionals and the general public, and empower anyone willing to take an active role against the HIV epidemic. Breaking down a bit more this years theme with emphasis on the participation of youth and people living with HIV, we would like to elaborate on the following concepts:

We, as IFMSA members and future healthcare providers, are doing whats in our hands and taking an active role in the HIV response to ensure medical students commit to provide inclusive, non-stigmatising and comprehensive HIV and Sexual and Reproductive Health (SRH) services. On the foundation of our past progress, we have to continue increasing the amount, the scale, and the impact of our activities and campaigns to achieve a future in which all young people are educated and involved in the battle against HIV, and every person living with HIV, especially youth, is an empowered activist in education, health rights and dignity.