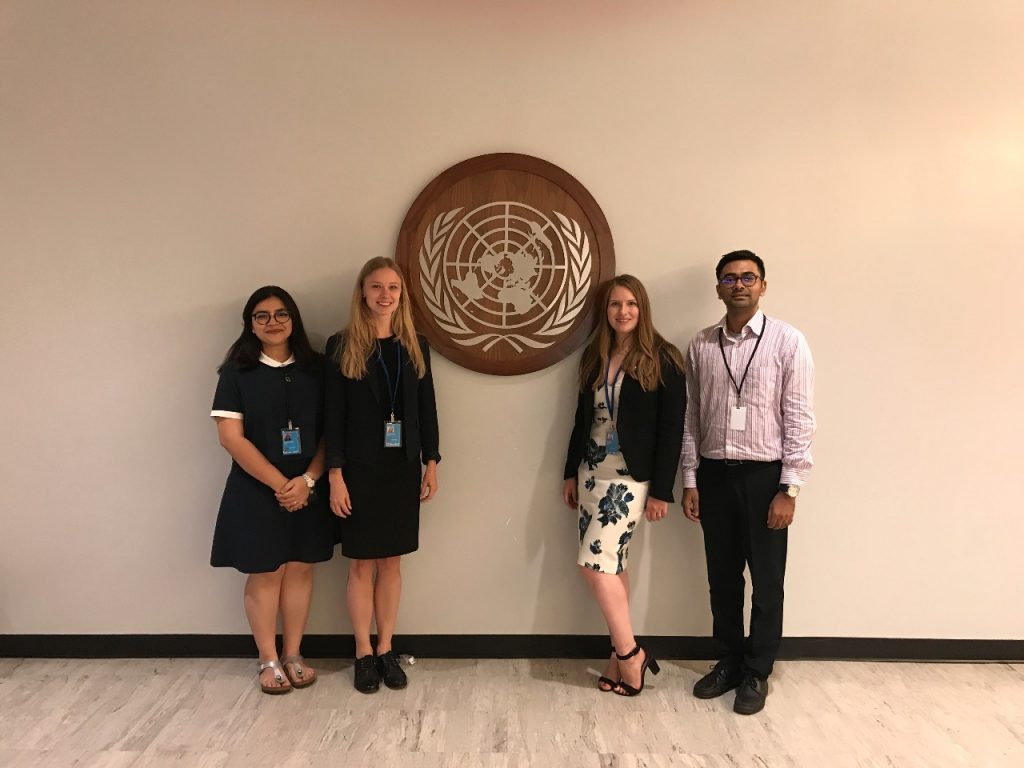 These days IFMSA is attending one of the most important meetings of the UN for sustainable development, the United Nations High Level Political Forum 2017. IFMSA has undertaken several prominent activities during this week, including giving a speech as lead discussant in the formal SDG 3 session, co-hosting a side event about health, youth and the SDGs, and making an intervention in the science, technology and innovation session on behalf of UN Major Group for Children and Youth. Our main focus is to call for accelerated action on the implementation of the health goal and health related targets.

What is the High Level Political Forum on Sustainable Development?

During the HLPF heads of state, ministers, experts, civil society, private sector, major groups and other stakeholders are present. Before the HLPF, 44 countries have submitted Voluntary National Reviews (VNRs) to showcase their progress on the SDGs, particularly those under review. In addition to the VNRs, a number of different side-events and other activities take place.

The fact that SDG 3, “the health goal,” is under review has meant that our presence is highly relevant, and has offered incredible opportunities to IFMSA.

What have we done so far?
In the beginning of the week, IFMSA co-hosted an official side event inside the UNHQ together with other youth organisations called “Youth Action Today for a Healthy Tomorrow: Overcoming Hurdles to Achieve Health Equity.” Sanne de Wit, IFMSA-NL and UN Task Force member, delivered the IFMSA input, sharing action we have taken, such as the Budva Youth Declaration, while underlining the importance of addressing the growing burden of non-communicable diseases in order to achieve the Sustainable Development goals and reaching health equity. 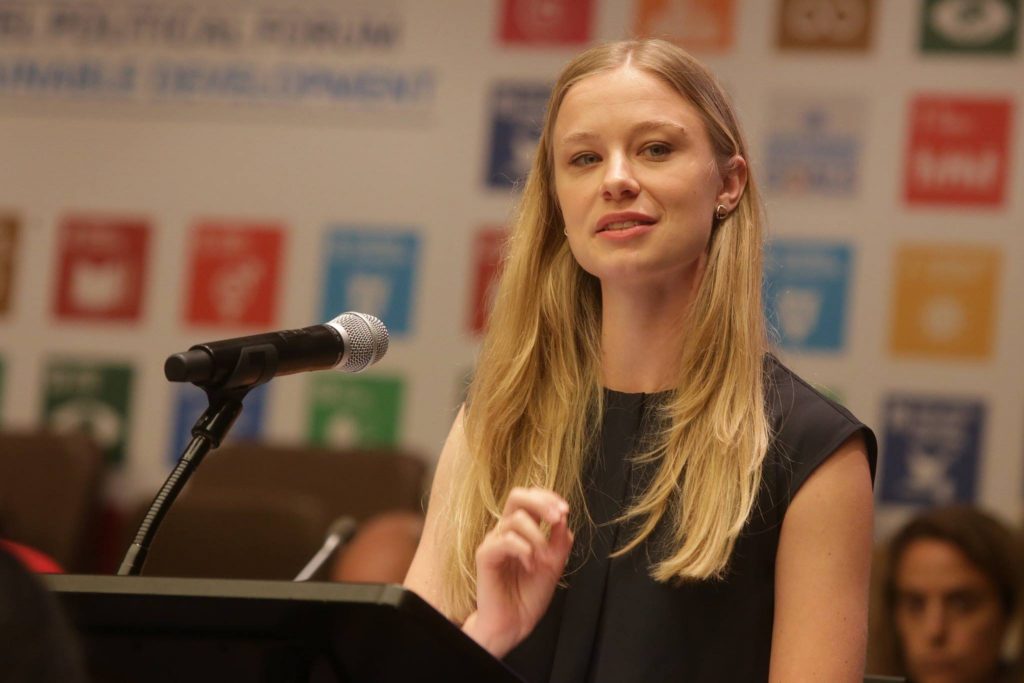 During the session on implementation of SDG 3, Marie Hauerslev, IFMSA Vice-President for External affairs, was one of the two lead discussants. The session began with an overview of the statistics of progress on SDG 3, then the two panelists gave their perspectives, followed by the two lead discussants input and then comments from the floor by countries, UN Major Groups and other stakeholders. The panelist Michael Myers, Managing Director of the Rockefeller Foundation, addressed the links between SDG 3 and equity, climate change, women, nutrition, universal health coverage and other issues. The ambassador of Panama talked about national challenges including mental health, NCDs, health systems and her experience as a member of UNFPA executive board. The main points from Marie on behalf of IFMSA were that to achieve SDG 3, there is a need for at least 3 things:

Following both the speech and the side event, IFMSA received many positive comments from important partners in health and for the implementation of SDGs.

During the thematic session on Science, Technology and Innovation, our IFMSA delegate Saniya Sahasrabudhe made an intervention on behalf of the UN Major Group for Children and Youth, which IFMSA is a member of. Saniya underlined the need for the principle of Hippocratic oath (Do No Harm) be applicable to science, technology and innovation at large, and that advances in STI should help improve access to healthcare, amongst other broader comments on the topic.

Furthermore, the 44 countries under review have accepted to engage in a question and answer session next week during the High Level Segment. The IFMSA delegates have been engaged in the groups writing questions for their own countries, and aimed to get relevant health-related questions posed for them.

The UN Major Group for Children and Youth celebrated its 25 years anniversary, which we of course attended, as we are grateful for all the support, great collaboration, friendships and insights to UN processes that MGCY has offered IFMSA over time. And during the weekend, IFMSA delegates have been attending the strategy meeting of UN Major Group for Children and Youth, as we are the Global Focal Point to SDG 3.

Approximately a month ago, Marie attended the Expert Group Meeting on SDG 3 in NYC, which was an exchange of ideas, knowledge and concepts between representatives of expert organisations and also provided Member States with recommendations for the implementation of SDG 3. It was a great experience to provide IFMSA’s input and meet many of the other health organisations that are focusing on the SDGs and the workings of UNHQ as well.

What’s next?
Next week there will be the high level segment of the HLPF, which means many ministers and excellencies will be with us. During the High Level Segment, IFMSA has the opportunity to make a formal statement focusing on the interlinkages between eradicating poverty and improving health. Also, the newly elected Director General of the World Health Organization, Tedros, will be coming, who we will meet privately to talk to about meaningful youth participation in global health.

Stay tuned until the next update!