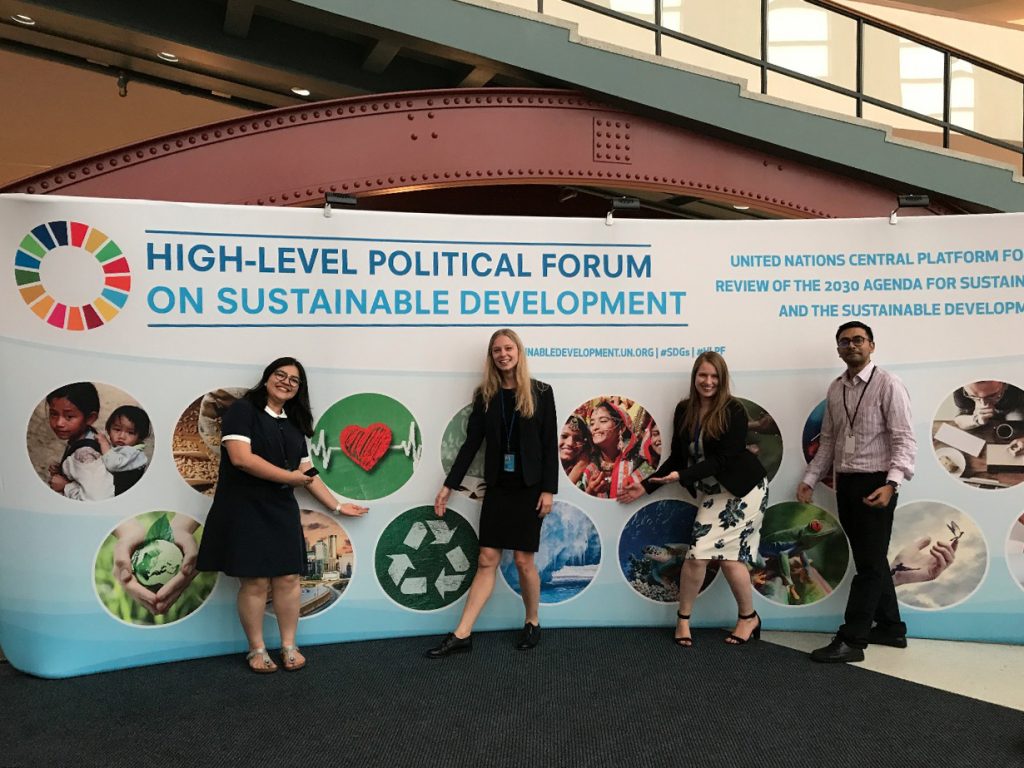 IFMSA is attending one of the most important meetings of the UN for sustainable development, the United Nations High Level Political Forum 2017. IFMSA has undertaken several prominent activities during the second week.

Voluntary National Reviews
The Second week of the High Level Political Forum was focused on Voluntary National Reviews (VNRs) and additionally contained the ECOSOC high-level segment. This year 43 countries presented their VNRs. In their reviews, countries explain the work they have done to implement the 2030 agenda, share best practices and barriers, and discuss upcoming issues.

During the meeting the IFMSA delegation actively participated in the VNR intervention for their respective countries. Civil Society members from these countries gathered to review the respective Voluntary National Reviews and to frame critical questions to be asked during the presentations.

The proposed question for India, for example, focused on extreme privatisation of the healthcare sector in India and how that can pose as a hurdle in achieving SDG3 and Universal Health Coverage. The question was aimed to bring to attention to the poor and deteriorating state of public healthcare systems in India and was derived from the shadow report. Due to unfortunate circumstances the question from civil society wasn’t invited thus could not be asked unfortunately. This particular situation highlighted few shortcomings of the VNR processes and highlights importance of other means of critical analysis in which a Shadow Reports can be a way.

National Level initiatives: Shadow Reports
Before the HLPF MSAI-India (SWG On SDGs), with help from the UNTF, created a shadow report on the implementation of SGD2 and SDG3 in India. You can read the report here.

On 17 July, for the side event panel discussion on paragraph 89 and youth implementing the 2030 agenda, IFMSA delegate Saniya had a chance to be a panelist to talk about the shadow report and youth advocacy at national level. Furthermore, the report helped a lot in engaging within the VNR discussions.

Meeting with WHO Director-General Dr. Tedros 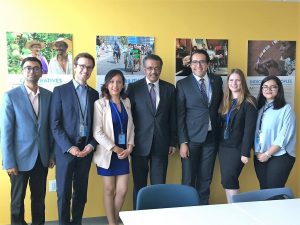 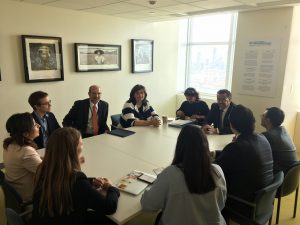 The highlight of the week was our meeting with Dr. Tedros Adhanom Ghebreyesus, the newly elected Director-General of the WHO, to discuss meaningful youth participation within Global Health. We took the opportunity to highlight the importance of an institutionalised space for youth involvement within the WHO to ensure continuity and representativeness. Furthermore, we were able to show various initiatives of IFMSA within Global Health and in cooperation with the WHO (Pre WHA, WHA, internships etc), as well as presenting national initiative such as MSAI-India’s shadow report, our involvement within different processes and our efforts to advocate for Youth Delegates.

Dr. Tedros acknowledged the increasing importance of youth participation. He considers us as young, restless and transformative and said to consider him as a partner in achieving health for all. As an outcome of the meeting, IFMSA was asked to make a proposal on how to implement such an institutionalised space for youth involvement within the WHO.

Oral Statement at the High-Level Segment
On the last day Sanne de Wit, co-head of delegation and UNTF, had the chance to deliver a statement during the general debate of the ECOSOC High-level Segment on behalf of IFMSA. The statement focused on the interlinkages between eradicating poverty and promoting health for all by tackling the growing burden of NCDs. It contained two key messages to the member states:

You can read the full statement here.

Meeting with the youth envoy
On the last day we also had an opportunity to meet Ms. Jayathma Wickramanayake of Sri Lanka, the new United Nations Envoy on Youth, through MGCY. In this meeting we were able to ask for a focus on youth needs within SDG 3 as well as point out the increasing need for awareness of preventive health behaviour amongst the youth.

Overall
As could be seen in our blogs, the ten days of the HLPF gave IFMSA a lot of opportunities to let our voices be heard by several stakeholders and in various occasions. From speaking at side-events, as lead discussant, or through statements to private meetings with high-level persons.

We would like to encourage NMOs from 2018 VNR countries (listed here) to prepare a shadow report on inter-connections of SDG3 with SDGs 6,7,11,12,15 and its implementation and progress in respective countries for next year.