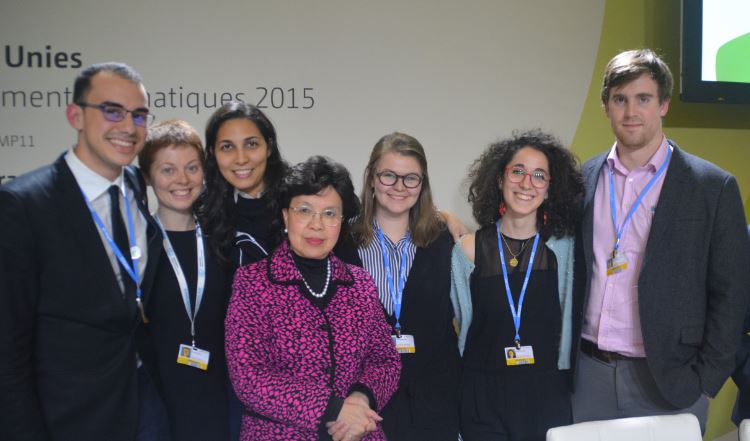 The second week of COP21 has started and we are trying to see the light at the end of the tunnel, to the final outcome of this historical international effort.

The discussion of the negotiation text is expected to close on Thursday, meaning there will be no more redrafting (inclusion or exclusion of terms into the text). After that point, direct negotiation becomes the M.O. (modus operandi), where acceptance or rejection of text sections by parties takes place. This means, that we are in the last crucial hours when text modifications are still possible and the civil society present is raging to take advantage of it.

The most recent text was released Wednesday, December 9th with health language still steady on the mitigation section of the agreement addressing co-benefits. However, it was nowhere to be seen in the purpose of the agreement and bracketed (considered of doubtful inclusion) in the preamble. However, it is not all about health language. There are key issues which strength and ambitiousness in the agreement benefit health one way or another. These include Loss and Damage (managing the losses that go beyond our possible adaptation measures) and setting an ambitious long term goal temperature rise limit. An ambition alliance has been created among the parties and the number of parties supporting the 1,5 C Long Term Goal has expanded, even recently joined by Canada and Australia. The loss and damage section keeps receiving important critiques and described as an empty shell, while the hot topics remain finance and ambition, and more recently, differentiation.

I (Sam) have joined the delegation for the second week of COP21 to renew energies within our exhausted and hopeful delegation, while Anne-Lou had to leave to keep up with her internship and personal commitments. Anne, you are missed!

Monday was the start of the Higher Level Segment, with heads of state and ministers returning to deliver messages. Austria invited Arnold Schwarzenegger to speak. Alice live tweeted the event and became a bit of a celebrity, with over 50 retweets including the UN Russia!

Our delegation keeps splitting to track all important discussions, events and lobby with negotiators. Our mood was a bit down since Saturday, when we learnt the health language had been dropped from the purpose of the agreement. It was a surprise to hear on Monday night, that there was at least one party interested in bringing it back. We knew the clock was ticking and the time for action was right there, right then. So all civil society health advocates available j 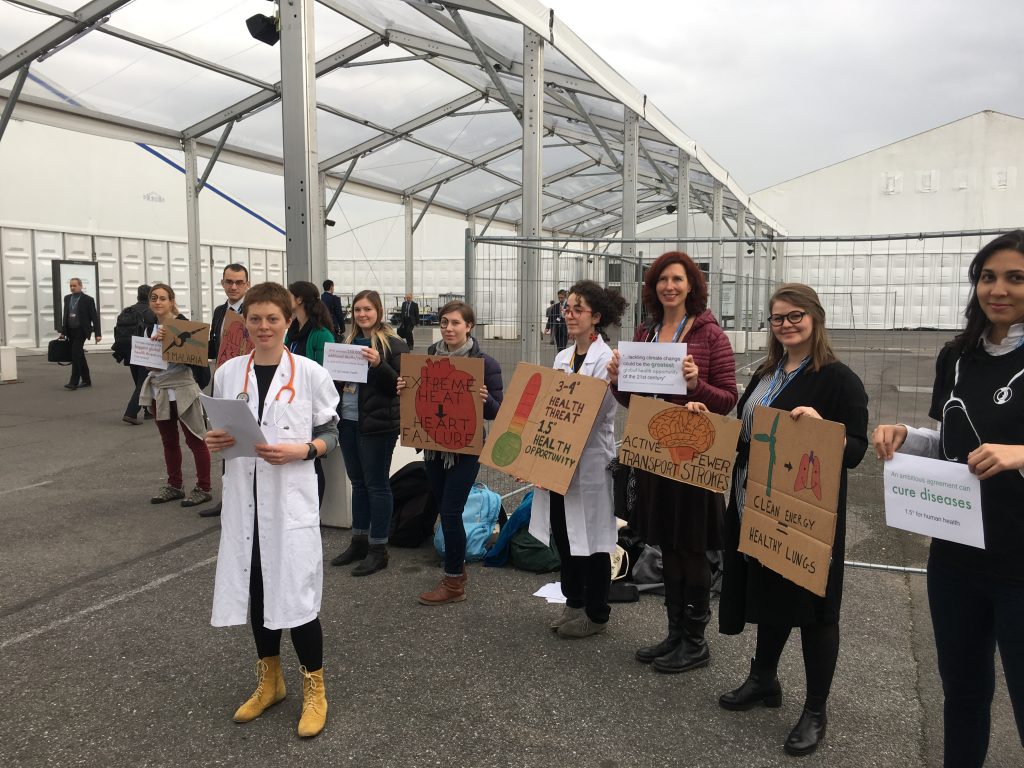 oined efforts and formed a small army of health lobbyists: delegation members of the WMA (World Medical Association), HEAL (Health and Environment Alliance), GHCA (Global Health Climate Alliance) and most importantly, of course IFMSA. By the end of the day, an impromptu meeting between WHO and a number of the interested parties took place. We have yet to see if health terminology will stay in the text purpose by the end of the week.

YOUNGO (The UNFCCC constituency uniting all the Young Organizations) has opened a Health Working Group, thanks to IFMSAs initiative. The group performed an action supported by members from other groups on Tuesday 8th. 10 people held up signs representing the effects of climate change on health and a thermometer containing a global health opportunity below 1.5 C and a threat above it. Together we chanted: Healthy people, healthy planet! Clean energy, healthy lungs! Stay below 1,5, stay healthy! Health opportunity, healthy kids! And, in fact, John Kerry walked by us during the action! Kit recorded it while Alice masterfully explained the present and the future we are in for with current emission levels.

Also on Tuesday 8th, Gender day, our lovely Betta participated as a panellist in a Climate Change and Gender Event organized by the Foundation for Women’s Right Promotion and Development in Taiwan along with members of the Climate Action Network, Pachamamas Path, Homemakers United Fund, and others. She addressed gender and climate change from a global health perspective, and explained how it worsens women conditions, who already are part of the vulnerable populations.

Tuesday 8th closed with the most awaited side event for health enthusiasts: Why the climate change agreement is critical to Public Health, by the UN and WHO with high level speakers such as WHO Director General Margaret Chan; the French Minister of Health; The Lancet Editor-in-Chief Richard Horton; and our very own LPH and head of delegation, Skander Essafi, among others. Skander brought up our Policy Statement and activism on climate change.

Health professionals and (physicians in training) have an important political role to play in communicating and advocating for a healthier future. We have adopted in our recent general assembly a Policy statement that supports the lancet recommendation: health sector organisations should divest from

the fossil fuel industry as they did from the tobacco industry in previous years, and WHO was part of the process? to stigmatise the health-threatening business practices of these companies and remove the social capital that allows them to continue subverting legislative attempts to mitigate climate change.

After surviving a tsunami of people approaching Dr. Chan at the end of the event, the delegation managed to have a picture with her taken.

On Thursday Line, Skander and myself will be facilitating a webinar to introduce the general public and the youth to the consequences of climate change on health, as requested by a South American NGO dedicated to education and communication on climate change for the youth: Climate4Change. Please watch and share here: https://www.youtube.com/watch?v=muqNaLVFnso

We leave you to the closing words of Margaret Chan’s speech yesterday and rush back to our work in the last moments of COP21. We have to make sure this time, we won’t be late.

Ministers of Health need to work together with Ministers of Environment. Healthy people and healthy environment and two sides of the same coin. A good climate deal is a good public health deal. – Margaret Chan, WHO General Director