IFMSA is Present at the 138th WHO EB Meeting 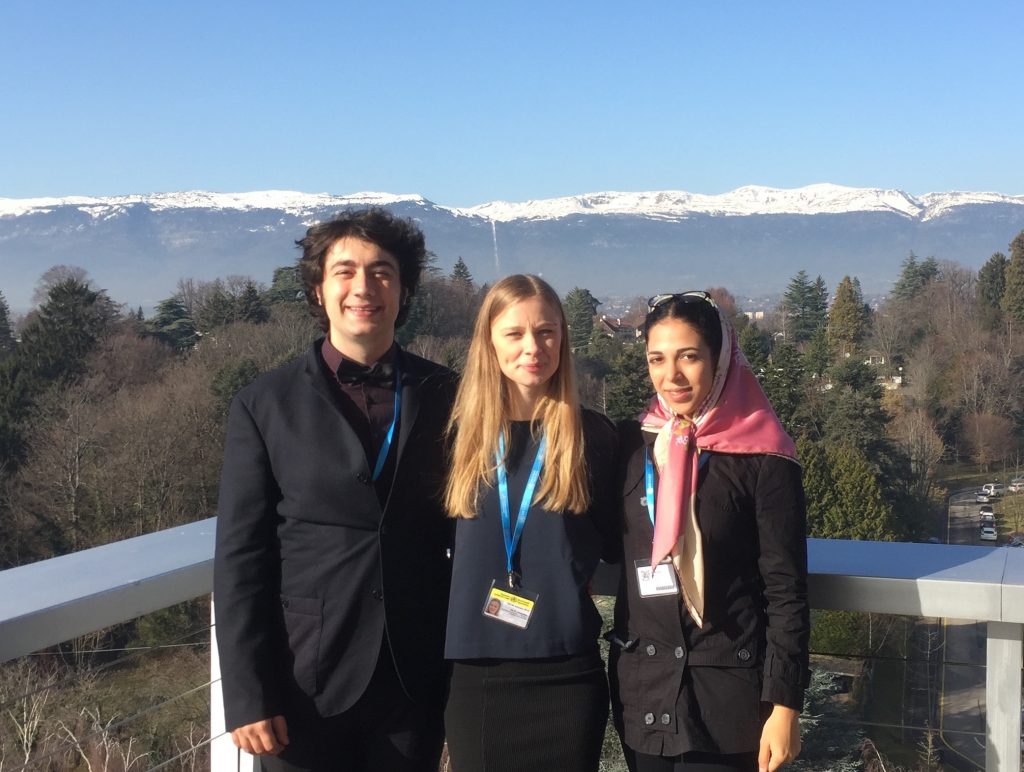 The Ebola virus was spreading for four months before it was detected as Ebola. This fact highlights the weakness of health systems and the lack of preparedness the world was in at that stage. Today, the Zika virus and other microbial agents are the fears of tomorrow. Due to the high degree of globalisation and the consequences countries all over the world suffered, there is a large interest in agreeing on a way forward at this WHO EB meeting.

What is WHO EB meeting?

The WHO Executive Board (EB) meeting 138th is attended by delegations from the 194 member states, NGOs in official relation with WHO and other partners. It is the meeting in which the priorities for the upcoming World Health Assembly are defined, and thereby many of the pressuring global health topics are discussed.

Why is IFMSA present?

IFMSA is present due to our historical long-term collaboration with WHO, and also to raise awareness about our positions in regards to the topics in question and ensure the voice of youth is heard. Furthermore, our presence helps in preparing for the upcoming WHA and preWHA, and as well the meeting serves as a great platform for the IFMSA Liaison Officer to WHO, Marie Hauerslev, to meet with WHO departments and other partners.

What happened so far?

Overall, there is great support from member states to the WHO to be the institution that is responsible for creating a program on emergency response to handle similar situations in the future. However, some member states support the program as one central unified program, whereas other member states want a decentralised model with regional focus. The urgency of the topic is clear, and therefore agreement on (whichever type of) a program must be obtained soon. Furthermore, David Nabarro, the Senior United Nations System Coordinator for Ebola Virus Disease, clearly stated that only if the program that the member states agree upon has a high enough standard, it will pass the test of prime ministers and presidents (quote Nabarro), and the funding will come. This statement seemed to hint that if the WHO does not deliver a good product, then a new forum might appear to tackle emergency responses in the future due to the urgency of the topic, which is also a general concern at this meeting.

Besides emergency response, a greater event at the meeting so far was the report on childhood obesity, published yesterday. The report reveals that in absolute numbers more overweight and obese children live in low- and middle-income countries than in high-income countries and in high-income countries, the risks of childhood obesity is greatest in the lower socioeconomic groups. At present day, there is a decline in the physical activity of kids and children are exposed to cheap, ultra-processed, energy-dense and nutrient-poor foods. Read the full report here: http://www.who.int/end-childhood-obesity/final-report/en/.

The first 2 days only represented by Marie, Mert and Paniz (see picture).

Also, see statements by IFMSA and other NGOs at this website: https://apps.who.int/ngostatements/

Feel free to reach out to us with any questions you may have!