IFMSA @ the Global Conference on One Health 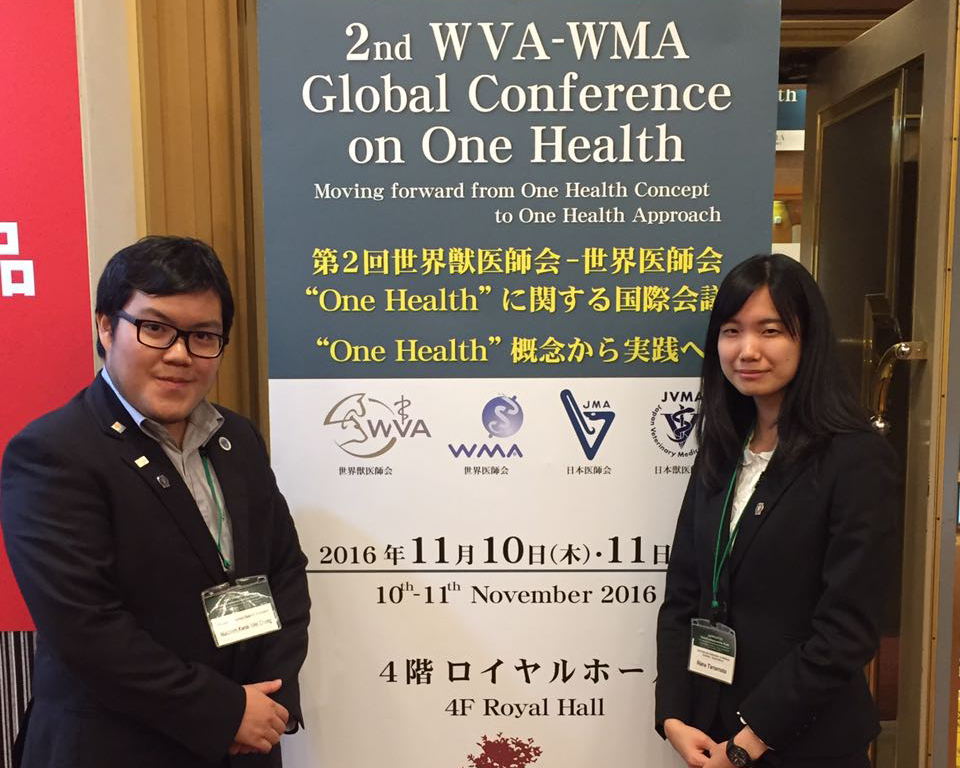 IFMSA attended The 2nd Global Conference on One Health which was held on November 10-11, 2016. Among the attendees were, most notably, past World Medical Association (WMA) President Dr. Xavier Deau, WMA President-elect Dr. Yoshitake Yokokura and World Veterinary Association (WVA) President Dr. Ren Carlson. Almost 600 doctors and veterinarians from over 40 countries gathered in Kitakyushu City, Japan, to discuss the conference theme One Health: Moving forward from One Health Concept to One Health Approach. The conference had three major themes: Zoonosis, Antimicrobial Resistance (AMR), and Education. The session on AMR was hosted by the Japanese Ministry of Health, Labor and Welfare, and involved panel speakers discussing AMR initiatives in different countries.

A panel discussion on Consideration for the Future of the One Health Concept focused on One Health Education. In it, representatives of IFMSA (Nana Tanamoto, IFMSA-Japan) and the International Veterinary Students Association – IVSA (Malcolm Chong Kwok Wei, president) presented One Health Education for future doctors and veterinarians: Students Perspective. The presentation outlined the collaboration between IFMSA and IVSA on the One Health Concept, specifically Antimicrobial Resistance, World Rabies Day and Stop TB Day. IFMSA and IVSA also gave a joint statement on One Health, which they released on One Health Day (Nov. 3, 2016) along with the International Pharmaceutical Students’ Federation (IPSF.

Throughout the conference, professionals were emphasizing the need for an interdisciplinary approach in solving the complex problems within One Health Concept. In IFMSA, medical students are pioneering in this effort throughout the collaboration between medical, veterinarian, and pharmacy students.