IFMSA on the deterioration of the humanitarian situation in Yemen

Last week has witnessed a rapid deterioration of the humanitarian situation in the war-torn Yemen, due to the recent blockade of the country’s borders. Since 2015, the Yemeni Civil War has left behind severe economic, social, environmental, and medical repercussions. Despite global attempts to save lives, alleviate suffering and decrease the burden of this crisis, a substantial amount of medical and humanitarian aid remains inaccessible to those in need.

According to the World Health Organisation, a total of 8,673 conflict-related deaths and 49,963 injuries were reported from health facilities in conflict-affected governorates (in the period of 19 March 2015 – 15 September 2017). The actual number of casualties is believed to be higher given that these figures only capture deaths and injuries reported by health facilities. The number of deaths that occur on site is unknown. The Médecins Sans Frontières (MSF) currently works in 13 hospitals and health centers in Yemen and provides support to more than 18 hospitals or health centers across 11 Yemeni governorates: Taiz, Aden, Al-Dhale’, Saada, Amran, Hajjah, Ibb, Sana’a, Al Hudaydah, Abyan, and Lahj. With nearly 1,600 staff, including 82 international staff, Yemen is among MSF´s largest operations. The country’s blockade poses a significant problem for MSF’s operations and life-saving assistance for those in need. Access for humanitarian cargo into Yemen is essential to deliver a desperately needed assistance to a population that is already severely affected by more than two years of conflict.

The shortage of fuel affects a variety of operations, from power supply in medical facilities – crucially needed to deliver specialised health-care procedures, to water pumping for the communities. Fuel prices have skyrocketed in major centres, and supplies of diesel and cooking gas are becoming scarce. The blockade will affect food prices as well, in a country that faced an outbreak of cholera only few weeks ago, and where malnutrition is a widespread problem. The broader impact of this blockade on the men, women and children of Yemen puts hundreds and thousands of lives at risk.

IFMSA realizes the devastating impacts of humanitarian crises on communities, especially the human consequences of conflicts and disasters. IFMSA also recognizes the utmost importance of medical and humanitarian response, which means life-saving assistance for people in need. Governments, international organisations and health sector must take every effort to ensure access and deliver impartial medical and humanitarian aid to all people in need, civilians and combatants alike. Supporting the Médecins Sans Frontières call, we urgently call on all involved actors to:

The International Federation of Medical Students Associations (IFMSA) envisions a world in which medical students unite for global health and are equipped with the knowledge, skills and values to take on health leadership roles locally and globally. Founded in 1951, it is one of the world’s oldest and largest student-run organizations. It represents, connects and engages every day with an inspiring and engaging network of 1.3 million medical students from 136 national member organizations in 127 countries around the globe.

The press release is supported by the National Association of Medical Students – Yemen (NAMS Yemen). 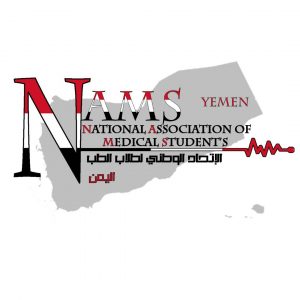