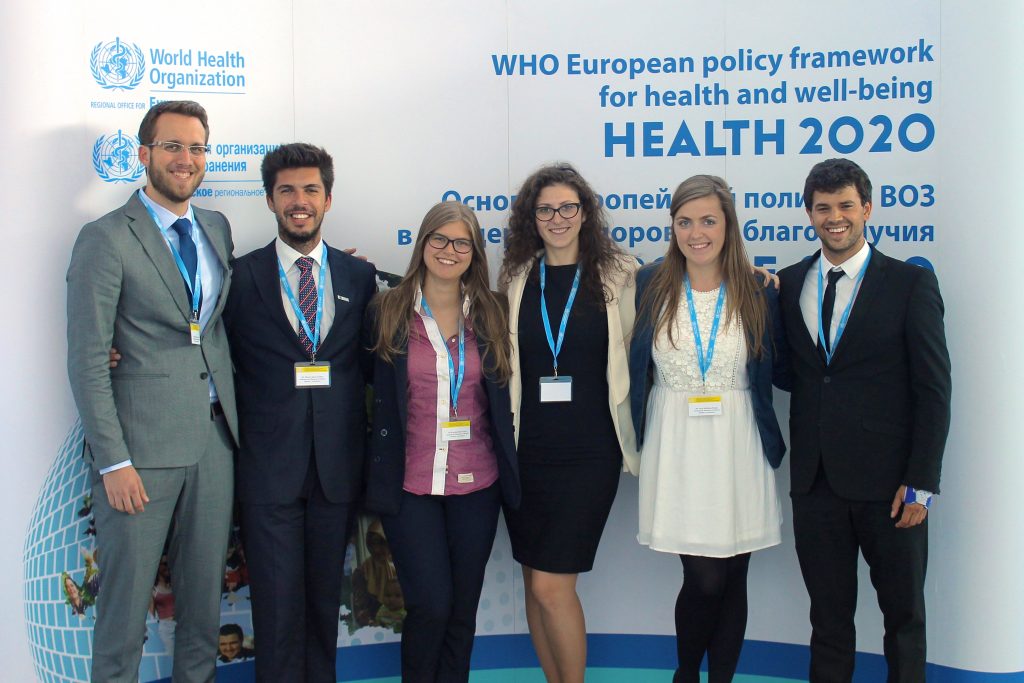 The 65th session of the WHO Regional Committee for Europe is now taking place in Vilnius, Lithuania, from the 14th to the 17th of September.

IFMSA had the great opportunity to be represented through a delegation of six members:

This session agenda proposes a few very important approaches and goals which IFMSA supports, but that need to be more seriously tackled if we want to see concrete results.

WHO aims at Promoting intersectoral and interagency action for health and well-being in the WHO European Region. IFMSA is working on a statement in partnership with other european NGOs in order to highlight the importance of recognizing the importance of Social Determinants for Health (SDH) and of promoting health literacy amongst the population in order to empower people to take a stand and be the core of more resilient and sustainable health systems.

The European Regional Office of WHO is also establishing Priorities for health systems strengthening in the WHO European Region 2015?2020: walking the talk on people centredness.

Even though the goal should be congratulated, IFMSA is concerned and will raise awareness on the potential negative effects of the current Transatlantic Trade and Investment Partnership (TTIP) negotiations which directly impair most of the goals intended in this topic. Therefore, IFMSA delegation will deliver a statement coordinated with other concerned NGOs, while making an effort to approach and deliver a policy brief on TTIP to every health ministery representative, calling them to open communication channels with their Ministries of Foreign Affairs and Members of the European Parliament about this agreement, so that trade agreements will not put European health at risk.

Simultaneously, WHO Europe is also proposing and discussing a new physical activity strategy, a new roadmap for tobacco control and an action plan to prevent multidrug-resistant tuberculosis and offering technical briefings on womens health and human resources for health.

We will provide you with more information during the Regional Committee and will keep on posting updates on twitter. Follow us @ifmsa and #RC65 and feel free to contact us in case you want to be involved!

IFMSA Statement on Agenda Point 5 c) : Priorities for health systems strengthening in the WHO European Region 2015?2020: walking the talk on people centredness

Also available online on the WHO Euro Platform.