IFMSA Delegation at the WHO Western Pacific 66th Regional Committee 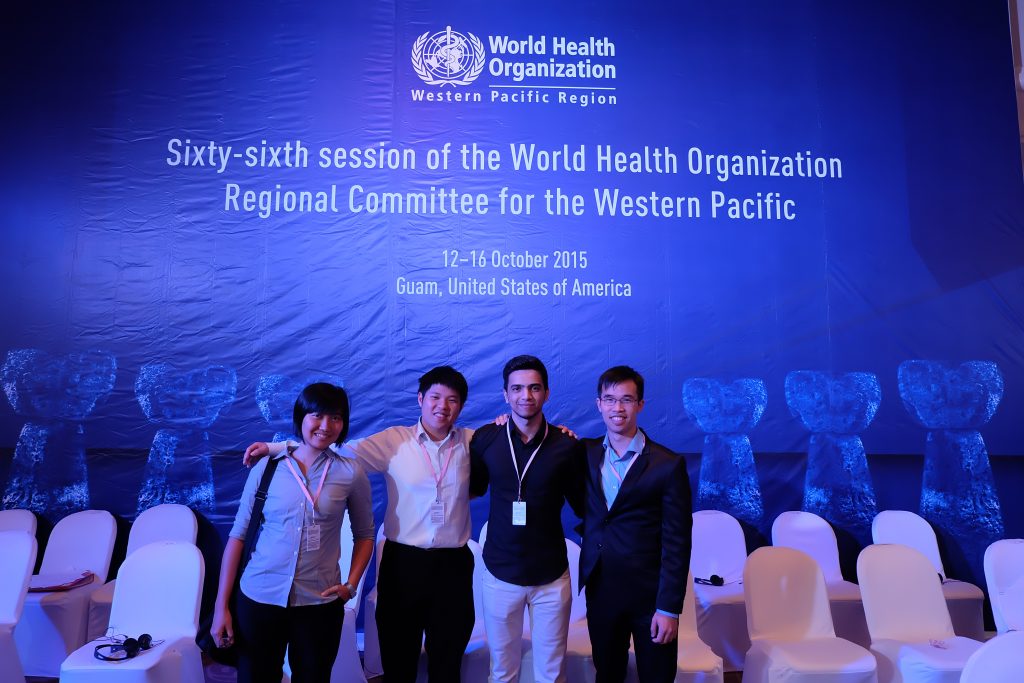 IFMSA was present at the sixty-sixth session of the World Health Organization Regional Committee for the Western Pacific that was held from 12 to 16 October 2015 on Guam, United States of America.

The meeting focused on discussion about the working plan to eradicate the communicable diseases such as viral hepatitis and tuberculosis and the non-communicable diseases (NCDs) in the Western Pacific region. Other topics such as Universal Health Coverage (UHC) as well as violence and injury prevention, and urban health also discussed which were needed to be followed up and resolved in the near future. 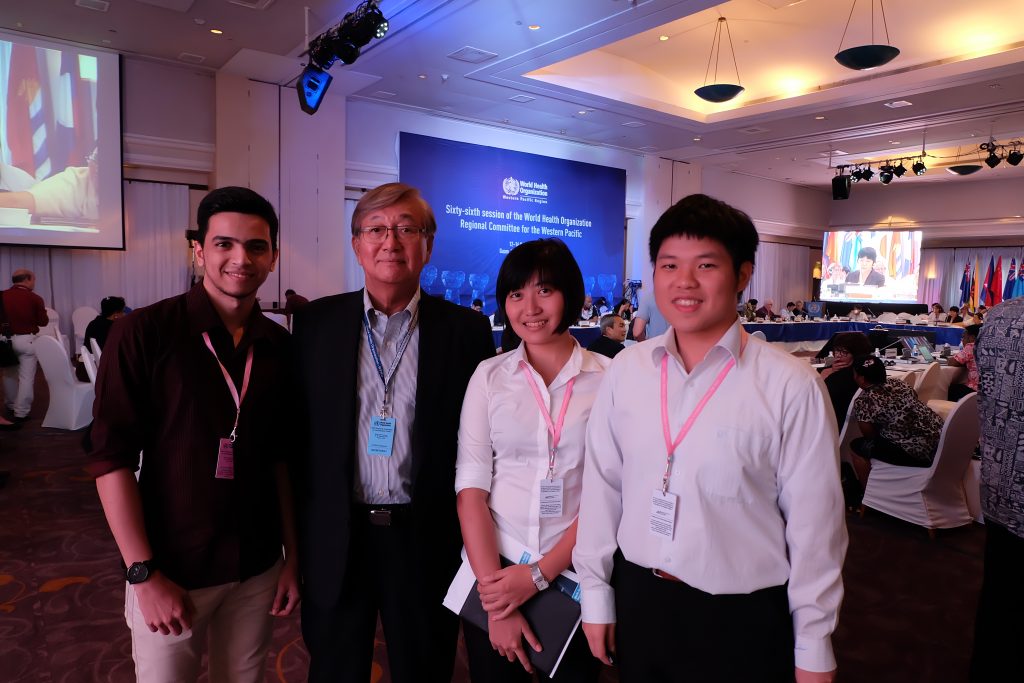 During the meeting, IFMSA had the floor to make interventions regarding two topics namely Universal Health Coverage (UHC) and Non-Communicable Diseases (NCDs).

Realizing the transition from UHC to Sustainable Development Goals (SDGs), IFMSA mentioned in its UHC written statement that member states should recognize the transition to UHC is going along with the targets set out in the SDGs. The statement of NCDs is orally delivered in front of the Member States in which IFMSA urges member states to encourage modification of lifestyle and eating habits, provide adequate facilities and education for exercise, and implement an integrated policy on family medicine and prevention. IFMSA also addressed a very important that WHO and member states should also work together with relevant partnership such as NGOs, civil society, and economic partners. This point brought a positive feedback from other relevant parties of NGOs in the meeting and coincidentally WHO also has this point in its agenda where a further discussion will be held in the WHA in regards to work closely with non-actor states.

In the final agenda, the Regional Committee decided that the 67th session will be held in WHO Regional Office for the Western Pacific in Manila, Philippines from 10 to 14 October 2016.

You can access the statements through the link: https://ifmsa.org/statements/