IFMSA Delegation at the Final Countdown before COP21 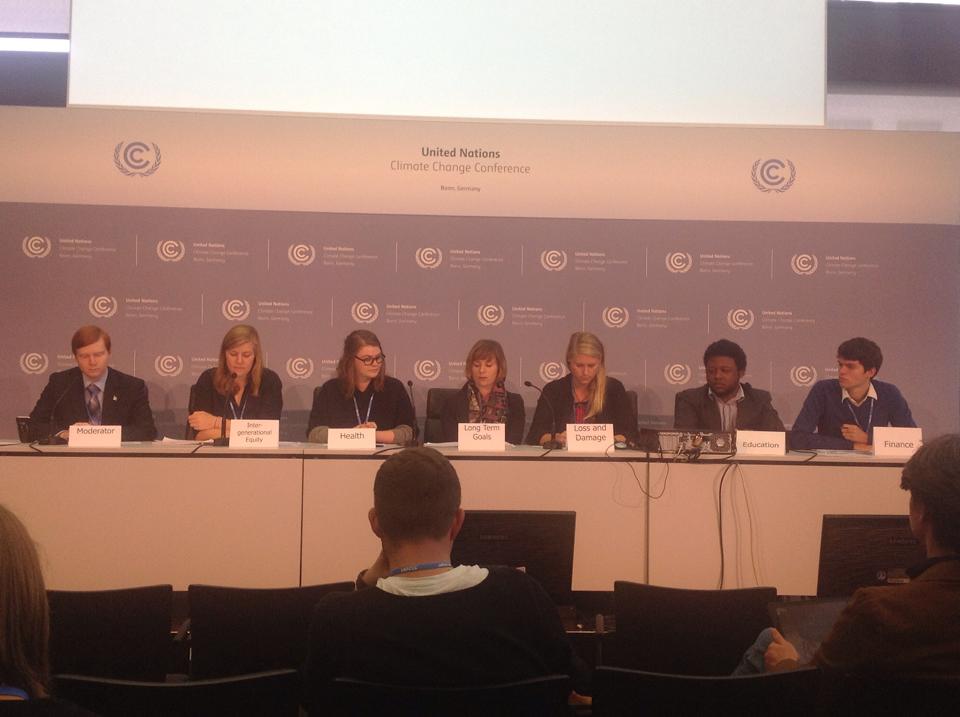 The delegation started 2nd?day in the conference by the news that civil society has been banned from negotiations, therefore only allowed to attend brief Stocktaking sessions as the co-chairs and some parties claimed that this will accelerate the negotiations process. Different organizations including IFMSA organized an action to show the importance of keeping the observers in the negotiations as they should be a part of the process to guarantee the transparency of the talks and make sure they are on the right track and to produce a meaningful, ambitious and inclusive outcome in Paris. Participants were standing in a line blindfolded to express what the negotiators should feel by keeping observers outside of the negotiations. #KeepUsInTheRoom

On behalf YOUNGO, the UNFCCC Youth constituency, a press conference was organized on Wednesday to state the expectations that we have for the Paris Agreement. Here we the addressed topics of Health Inclusion, Loss and Damage, Intergenerational Equity, Education, Finance, and the Long Term Goals. Line presented arguments on why health is an important aspect of the Climate Change discussions and should be included in the agreement – take a look here to hear our arguments, as well as the other topics.

In order to advocate for health inclusion in the negotiations, the IFMSA delegation has approached a lot of member states to deliver our arguments and insight on climate change and its relation to health. We are sharing with them our suggestions of including health in the different parts of the agreement including the general objective, adaptation section and the preamble of the draft decision. On the second day, there was a proposal to include health co-benefits by few parties in the paragraph in the preamble. Unfortunately, the paragraph was changed and, although the health is mentioned, it is not really in the way we hoped for in the end. We also know that a few parties officially suggested to implement one of our suggestions, though more supporters are needed for it to be likely to be in the text.

On Thursday, we had lunch with the WHO Europe Representatives and the interns currently working at the Climate and health department, at the UN Bonn Building, discussing our common goal of seeing health included within climate change negotiations on the way to Paris. It was a pleasant conversation and we were happy to be able to promote the work of IFMSA, as well as gain new insights on work on health in a more political setting.

On Thursday, and with the support of YOUNGO we finally organized an action to put more accent on the health issues linked with climate change. We decided to provide an overview during this action on some of the direct and indirect consequences of climate change on major organs is, as well as holding ironic signs saying Do you need help with your surgical insertions?, since this has been the term used for new proposals for the text. Dressed in white coats to represent the medical community, we were also advocating for WHOs Call to Action, which is raising awareness of the health opportunities we can realize by tackling climate change now. 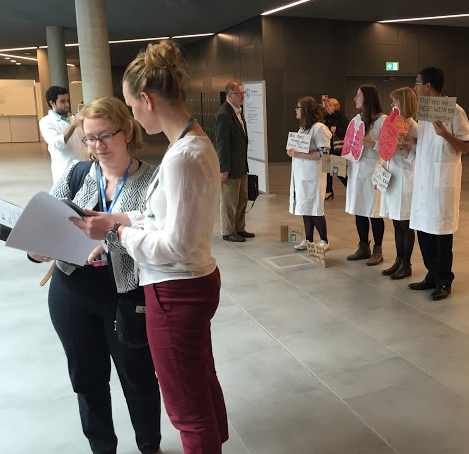 The action was a big success, and we hope to have further knowledge on the effects of Climate Change on Health. Many people, from NGOs and Parties, were very interested to hear more about the topic and to sign the Call to Action, se we are looking forward to seeing more action happening in regards to health and its co-benefits!

On the last day, the new text came out, with mentioning of health couple of times. Although it is not in the way we hoped for, there is still some time to advocate for the health before COP21 in Paris. We hope that the COP21 delegation will be successful and ensure mentioning not only of health, but also of health co-benefits in the final decision.