IFMSA at the World Health Assembly 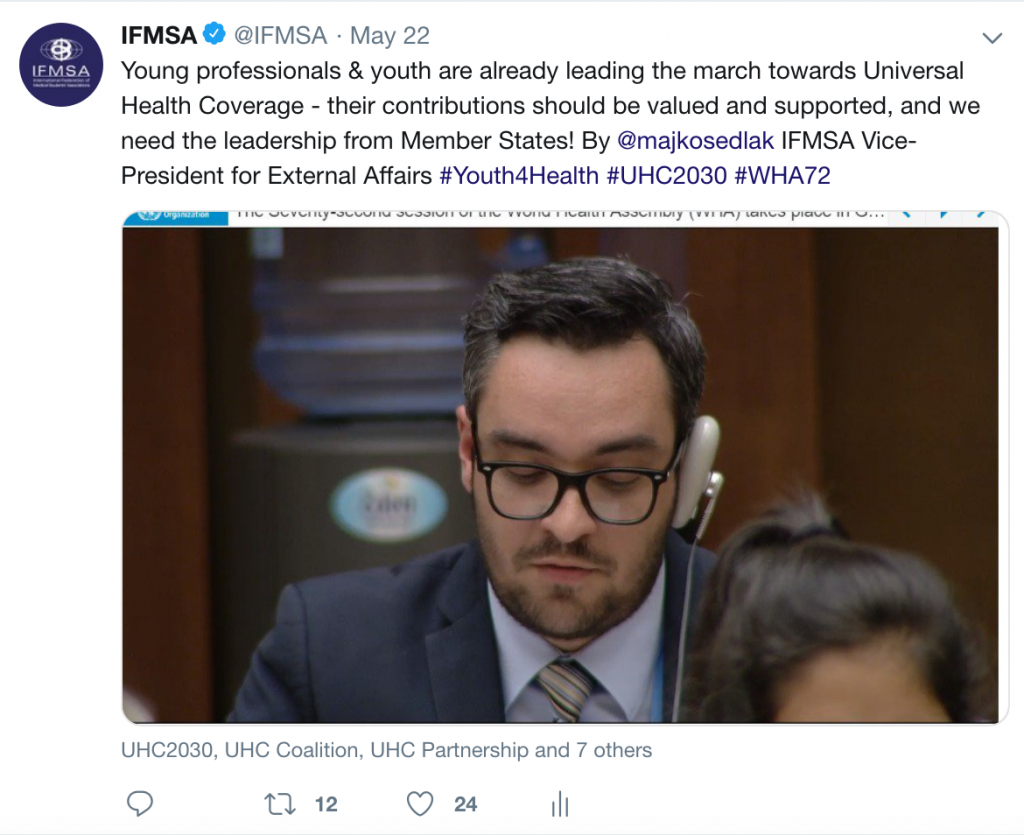 Youth towards a healthier future.

A delegation advocating for #health4all, in the name of 1.3 million medical students worldwide…

IFMSA’s advocacy work started weeks before the World Health Assembly. Since we’ve selected Universal Health Coverage and Meaningful Youth Participation as the main advocacy areas for this year, we focused on amplifying IFMSA’s opinions and asks on these two priority topics. An additional advantage is that this year in September in New York, the world will witness the first-ever high-level meeting on Universal Health Coverage.

We have created a set of policy briefs for the high-level meeting process and for the WHA, presenting IFMSA’s stances on UHC, Sexual and Reproductive Health and Rights, and Meaningful Youth Participation.

IFMSA’s Liaison Officers, who are in contact with IFMSA partners, worked closely with them before and during the assembly. They discussed, through different meetings, on how to join forces for stronger messages, and on how to strengthen their collaboration and work beyond Geneva in the near future.

To further push the advocacy work, IFMSA’s delegation contacted Members States and their permanent missions in New York (for the high-level meeting process) and in Geneva (for the World Health Assembly) and presented them our policy briefs, with the goal of influencing their positions for different agenda points of the WHA. They, parallelly, scheduled meetings with Members States to further explain IFMSA’s work and positions regarding global health.