IFMSA at the UN High-Level Political Forum on Sustainable Development 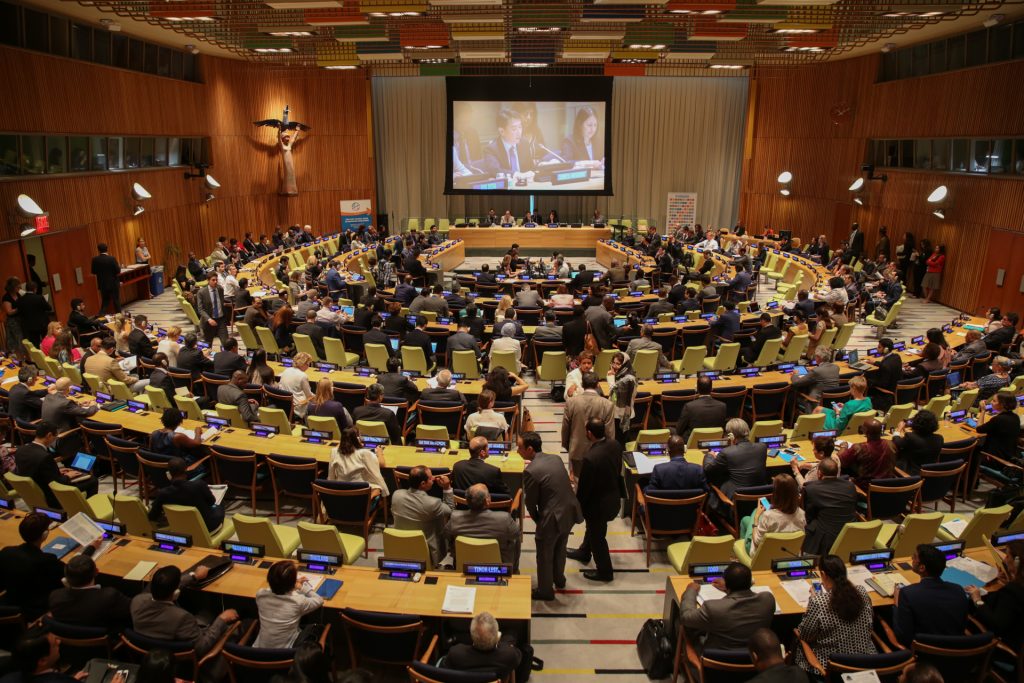 During the year 2015, the United Nation (UN) member states agreed on a series of frameworks to build a sustainable world, including the 2030 Agenda on Sustainable Development referred to as the 2030 Agenda.

The High-Level Political Forum on Sustainable Development (HLPF) is the official platform for reporting on the progress of implementing the 2030 Agenda. The HLPF held in New York, USA, July 11th – 20th, 2016 is the first after the adoption of the 2030 Agenda.

Since the mid 90s the vision of a sustainable world has gained enhanced attention within the work carried out by the UN. This resulted in the adoption of the Millennium Development Goal (MDG) in the year 2000. The MDGs were revolutionary. It set out concrete goals and had a shared responsibility of member states in implementation, follow up and review.

While there have been impressive improvements in some areas of the MDGs, it was not enough and much work remained to be done. Reviewing the implementation, it became apparent that the set goals were not cohesive enough, focusing too much on individual issues resulting in vertical and less successful implementation strategies.

After a very inclusive and thorough consultation process, the UN agreed on the new 2030 Agenda for Sustainable Development in September 2015 containing 17 new goals. These goals are much more ambitious and universal, balancing the three dimensions of sustainable development: economic, social and environmental. An important part of the implementation of these goals is an inclusive and transparent review and follow-up process. At its center will be the High-Level Political Forum on Sustainable Development.

What is the High-Level Political Forum?

The High-Level Political Forum is a forum for UN member states, UN entities, Major Groups and other Stakeholders. The purpose is to review and report on the implementation of several UN frameworks related to sustainable development, such as the 2030 Agenda on Sustainable Development, the Addis Ababa Action Agenda and the Sendai Framework for Disaster Risk Reduction, etc. 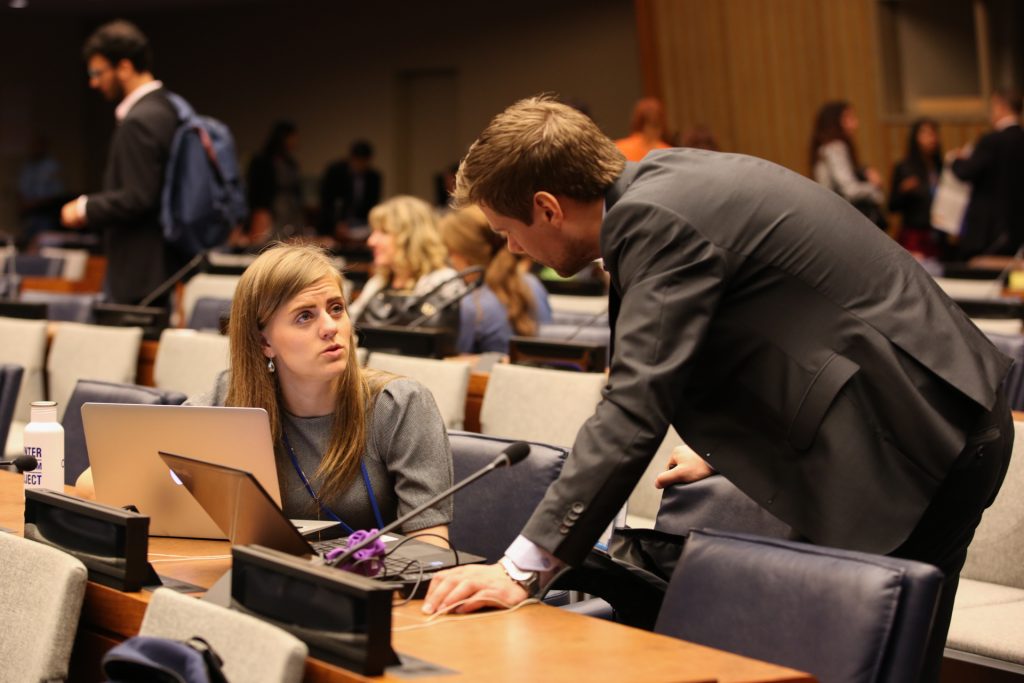 HLPF is not a meeting for decision making, but follow up and review of already agreed frameworks. The political outcome consists of a ministerial declaration, outlining general challenges, trends and progress in building the sustainable world we aim for.

While the HLPF is an intergovernmental forum, representatives of non-state actors are allowed to fully participate in all official meetings providing an inclusive platform for collaboration. This platform is called and coordinated through the official entity called the Major Groups and other Stakeholders (MGoS). Besides attending the meetings, MGoS are allowed to submit documents, make recommendations and organize side events.

IFMSA at the HLPF

IFMSA advocated for health issues and inclusion of youth as an important foundation for the successful implementation of the 2030 Agenda and other sustainable development frameworks. In the new Sustainable Development Goals(SDGs), health is one of the 17 goals including 13 specific targets. Promoting health literacy, healthy lifestyles and Universal Health Coverage are – among others – cross cutting issues influencing all three pillars of sustainable development. 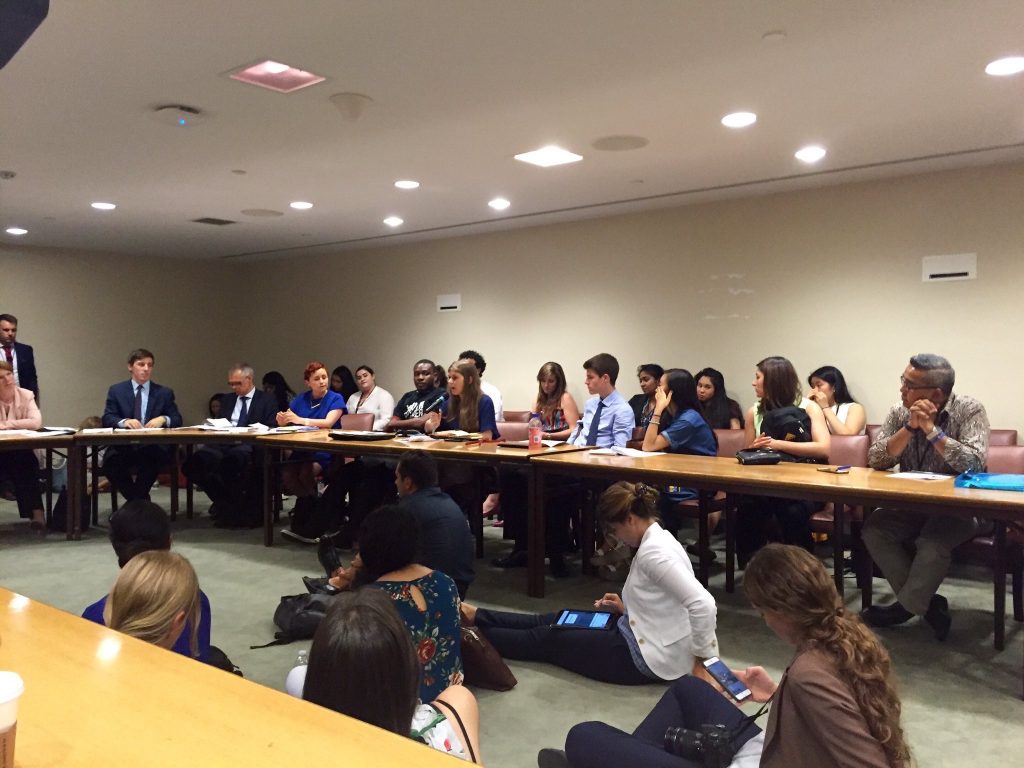 IFMSA had a chance to attend the official agenda, ministerial days of the Forum as well as many parallel side events. The delegation voiced out opinions of medical students on various topics within side events and parallel meetings, contributed to statements made on behalf of the Major Groups and Other Stakeholders, encountered a number of great potential opportunities for IFMSA and the SDGs.

This meeting was the first of its kind, reviewing a worldwide agenda that has only been adopted less than a year ago. As a delegation we had a lot to learn and keep our eyes open for anything that we can make recommendations of for the years to come. We will make sure that our experiences are available to our members, ensuring and encouraging their involvement in the Agenda 2030.

At the HLPF this year IFMSA was represented by:

For any questions do not hesitate to contact [email protected] 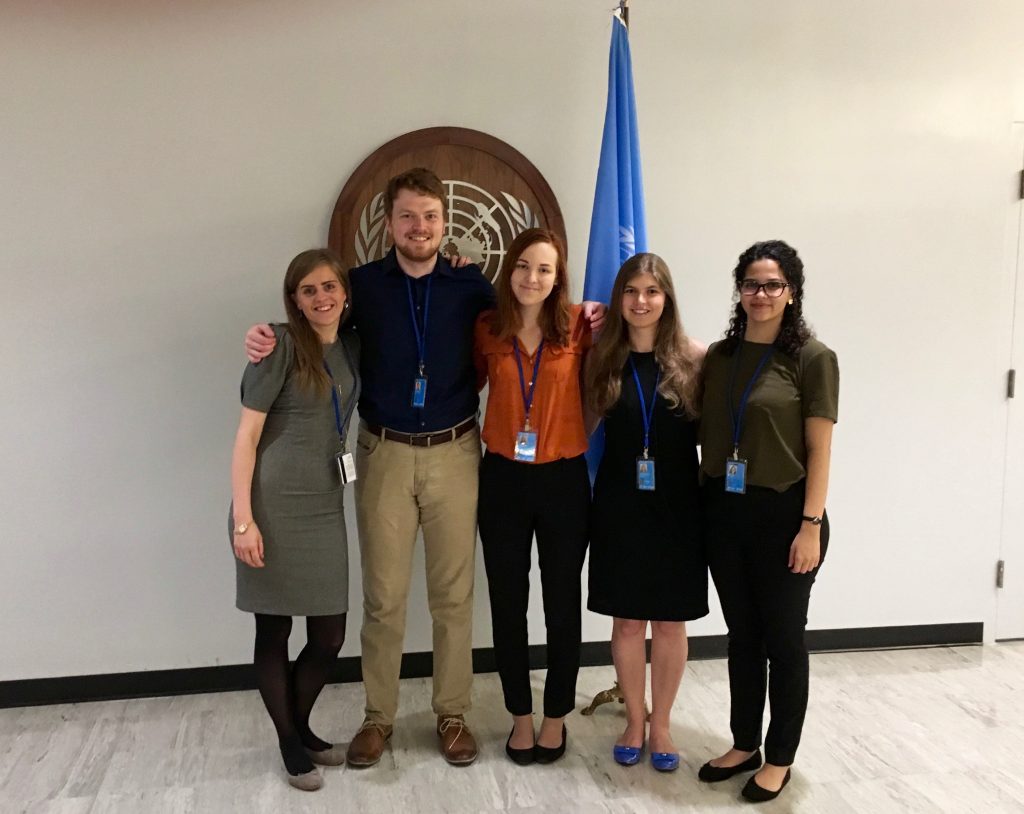