IFMSA at the UN Commission on Population and Development 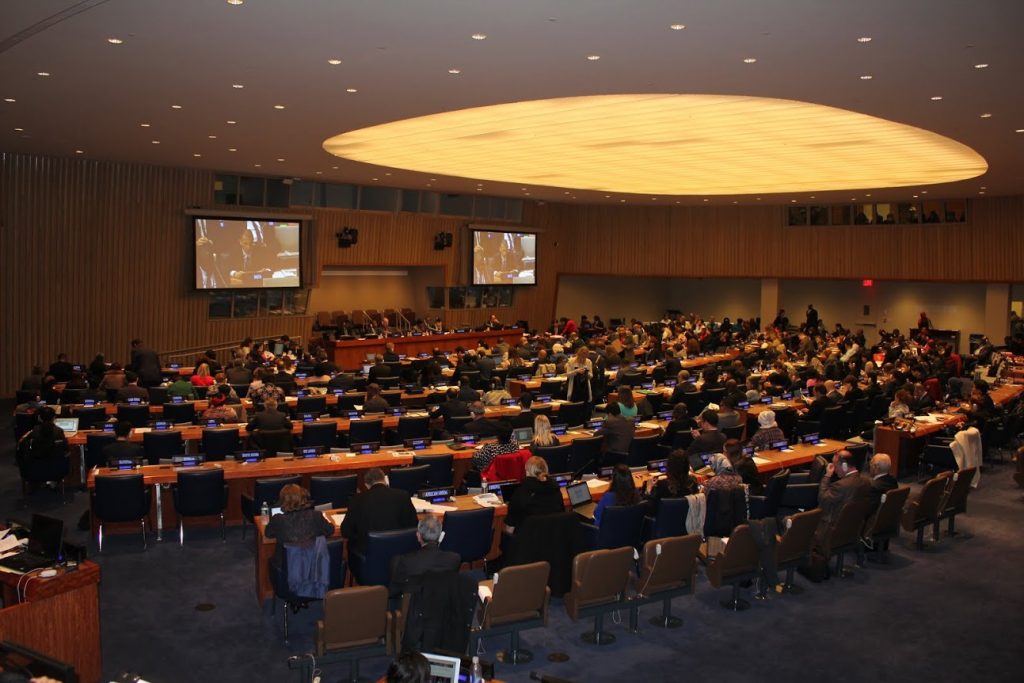 From 13th to 17th of April, 2015, I had a wonderful opportunity to participate in the 48th session of UN Commission on Population and Development at UN Headquarters, New York. The theme for this year was “Realizing the Future We Want: Integrating Population Issues into Sustainable Development, Including in the Post-2015 Development Agenda”. Delegates from the member states, NGOs and other stakeholder organizations attended the meeting.

In the opening ceremony, speaking for the Secretary-General, Wu Hongbo, Under-Secretary-General for Economic and Social Affairs, stated that the commission was meeting at a time of great demographic shifts relating to youth, centenarians and migration. He said that, given the unprecedented number of youths, there must be access to health care, including reproductive health. Babatunde Osotimehin, Executive Director, United Nations Population Fund (UNFPA), opined that, as post-2015 development agenda was designed, the Commission, by integrating population issues into sustainable development, could turn its principles and commitments into reality. He focused on young people saying that young people, especially adolescent girls, must be empowered to make informed decisions to have control over their bodies and to stay healthy.  It was imperative to integrate population issues into development, as there could be no sustainable development without people, he said, stressing that “we cannot afford to wait, the time is now”. Bénédicte Frankinet, Commission Chair, agreed that with people at the centre of the process, it was critical to understand and account for demographic changes in the coming 15 years when designing and implementing the new development agenda.

The meeting continued for five days. Sharing national experiences, many speakers presented ways in which their countries had worked to advance the rights of youth and incorporate their needs into public policies. They shared progress achieved by their countries amid myriad obstacles. Several delegations highlighted the importance of guaranteeing young people their reproductive and sexual rights. Many speakers underscored the importance of a rights-based health approach, which would ensure that women could decide when and how many children they wished to have.  There was a great bit of discussion on issues regarding Migration, Climate Change, and population dynamics etc. The meeting also heard that the impact of conflict and natural disasters and the often resulting flows of refugees and displaced persons must be included when considering contemporary population trends and transitions and their integration into the new development agenda.

I also attended different side events at the meeting. To mention a few of them, “SRHR for the next decades: what’s been achieved? What lies ahead?” organized by Denmark, the Philippines and DAWN (Development Alternatives with Women for a New Era), “Human Rights within Family Planning.” organized by WHO and UNFPA and “Young people in Post-2015 – making 1.8 billion voices heard in the new development agenda.” organized by The Permanent Mission of the Kingdom of the Netherlands to the United Nations, together with CHOICE for Youth and Sexuality and dance4life. I shared the activities and involvements of IFMSA and SCORA in the field of SRHR, HIV/AIDS and youth and women empowerment. I put forward IFMSA’s belief that present efforts to improve quality of life of the world population should not jeopardize our vision of creating a future society based on equity, justice and principles of sustainability.

I met Dr. Marleen Temmermen, Director, Department of Reproductive Health and Research, WHO and shared IFMSA’s programs and activities. She assured more support and guidance to IFMSA and the medical students involved in the field of SRHR. The side event “Young people in Post-2015 – making 1.8 billion voices heard in the new development agenda” moderated by Ahmad Alhendawi, UN Secretary General’s Envoy on Youth, was an excellent discussion session which concluded with a common consensus that young people should also be involved in the decision making process to ensure that their voices are heard in the new development agenda.

Closing its forty-eighth session on 17th April, the Commission on Population and Development failed to adopt a draft resolution that was prepared by its Chair after several days and nights of intense and relentless negotiations. By the draft text, the Commission would have emphasized that population and development issues were interlinked with sustainable development at the subnational, national and international levels, requiring a multi-stakeholder and multi-level approach. It would have stressed, among other things, that gender equality, the full realization of the human rights and fundamental freedoms of all women and girls, including their reproductive rights, were critical to sustainable development and essential to the realization of social justice. The draft was not adopted after an exchange between the representatives of Groups of States.

To conclude, it was a moment of pride to participate and speak on behalf of International Federation of Medical Students’ Associations, representing medical students worldwide. (Removed In Fact) It was a great learning experience for me in terms of SRHR, Population and development, and Youth issues. I had amazing opportunity to enhance my knowledge of United Nations and to understand the processes within the organization.