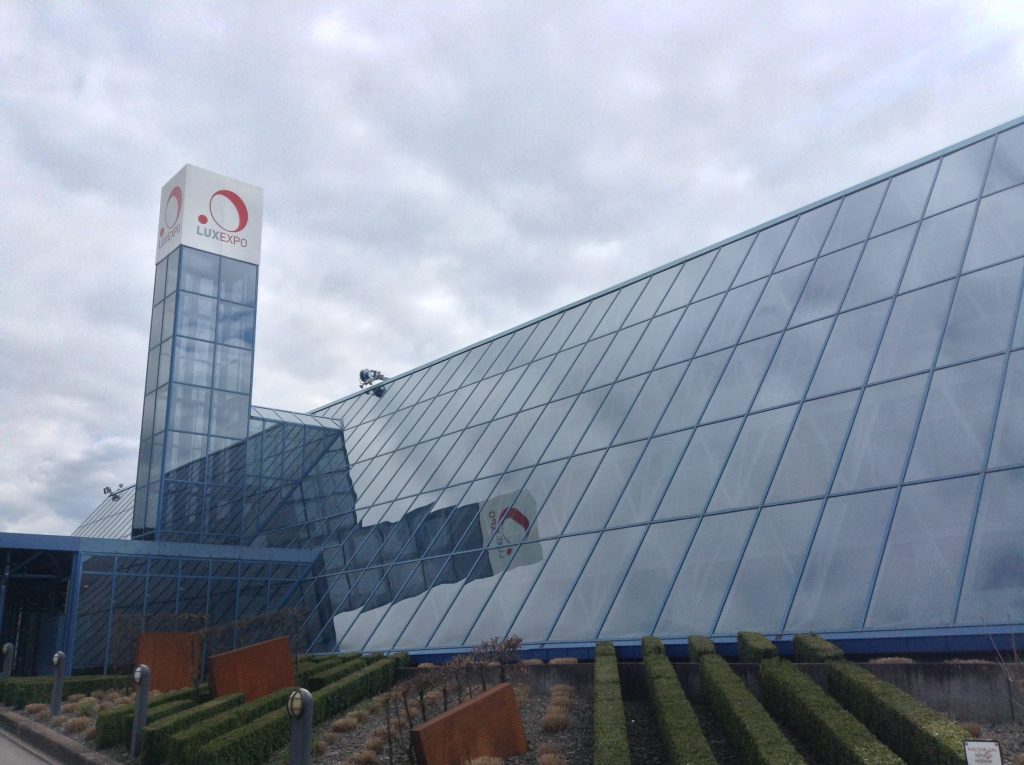 IFMSA attended the Med-e-Tel Conference, organized by the International Society of Telemedicine and Ehealth (ISfTeH) from 5th to 8th April 2016 in Luxembourg, represented by Mustafa Ozan Alpay, IFMSA Vice President for Public Relations and Communication. Through this conference, IFMSA was thriving to learn more about updates in ehealth and telemedicine, new initiatives that can engage with our members and be that can be implemented by medical students. 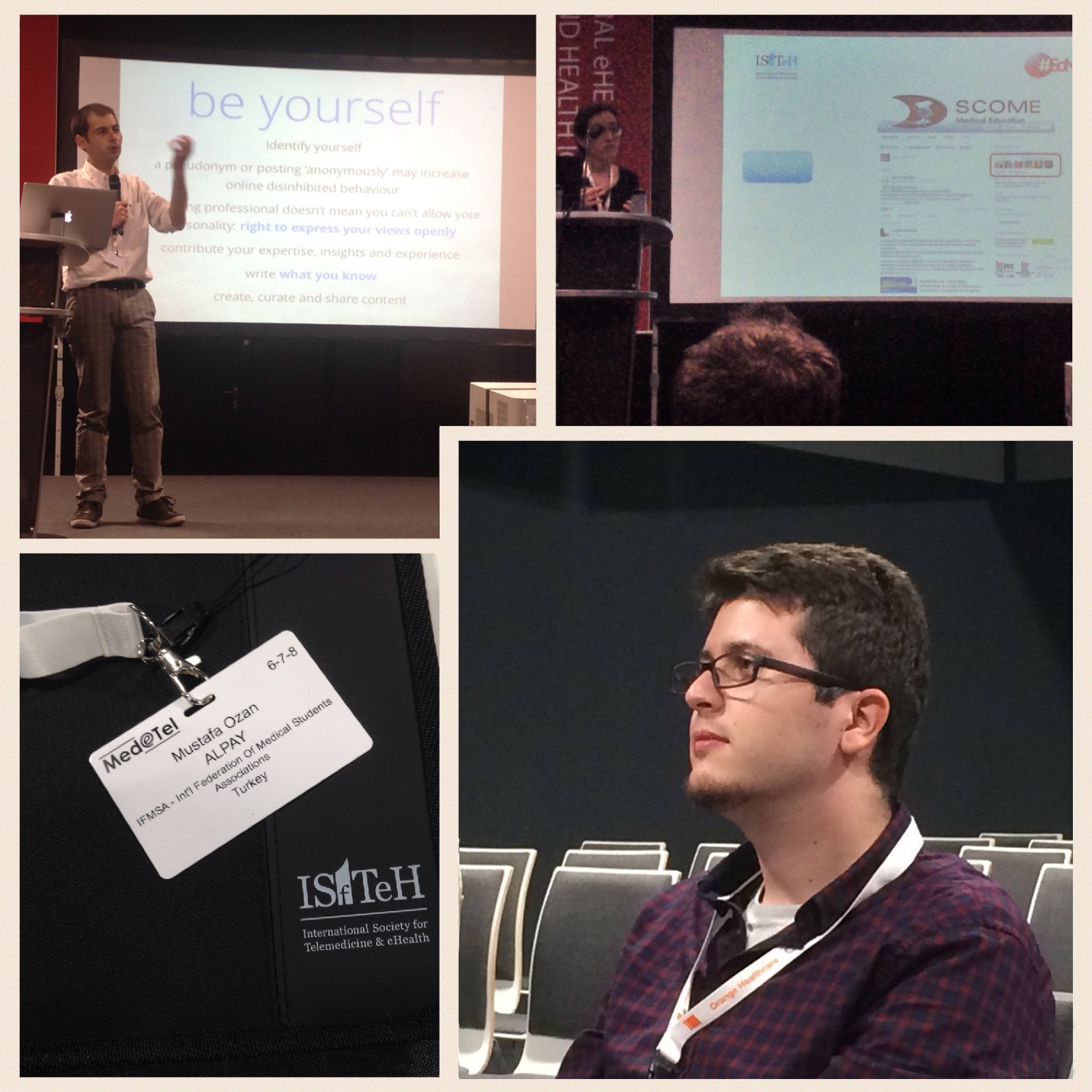 The Med-e-Tel is the annual Telemedicine and eHealth conference of the ISfTeH, which takes place in Luxembourg every year on the second week of April. This year, the conference had roughly 400 attendees from more than 50 countries, consisted of 3 working days, and a half-day pre-conference workshop. The agenda of the meeting had both plenary sessions and parallel sessions, which allowed us to attend different sessions and get more familiar about various aspects of telemedicine and eHealth.

Our journey at the Med-e-Tel started with the Pre-Conference Workshop – the Master Class on Social Media and Medical Education on April 5th afternoon. Unfortunately, only 5 participants attended – due to low advertisement of the workshop. The workshop tackled some interesting questions: How social media can be useful for medical education? What are the alternatives on distance education? What are the different social media tools for follow-up and feedback, such as MOOCs, blogs, medical social media platforms? We shared our point of view on social media as a federation, our ground rules and how we use social media as a communication tool both as a federation, and medical students.

The first day ended with the Welcome Reception, where we had the chance to discuss some details of Student Working Group with Executive Secretariat, Mr. Frank Lievens. 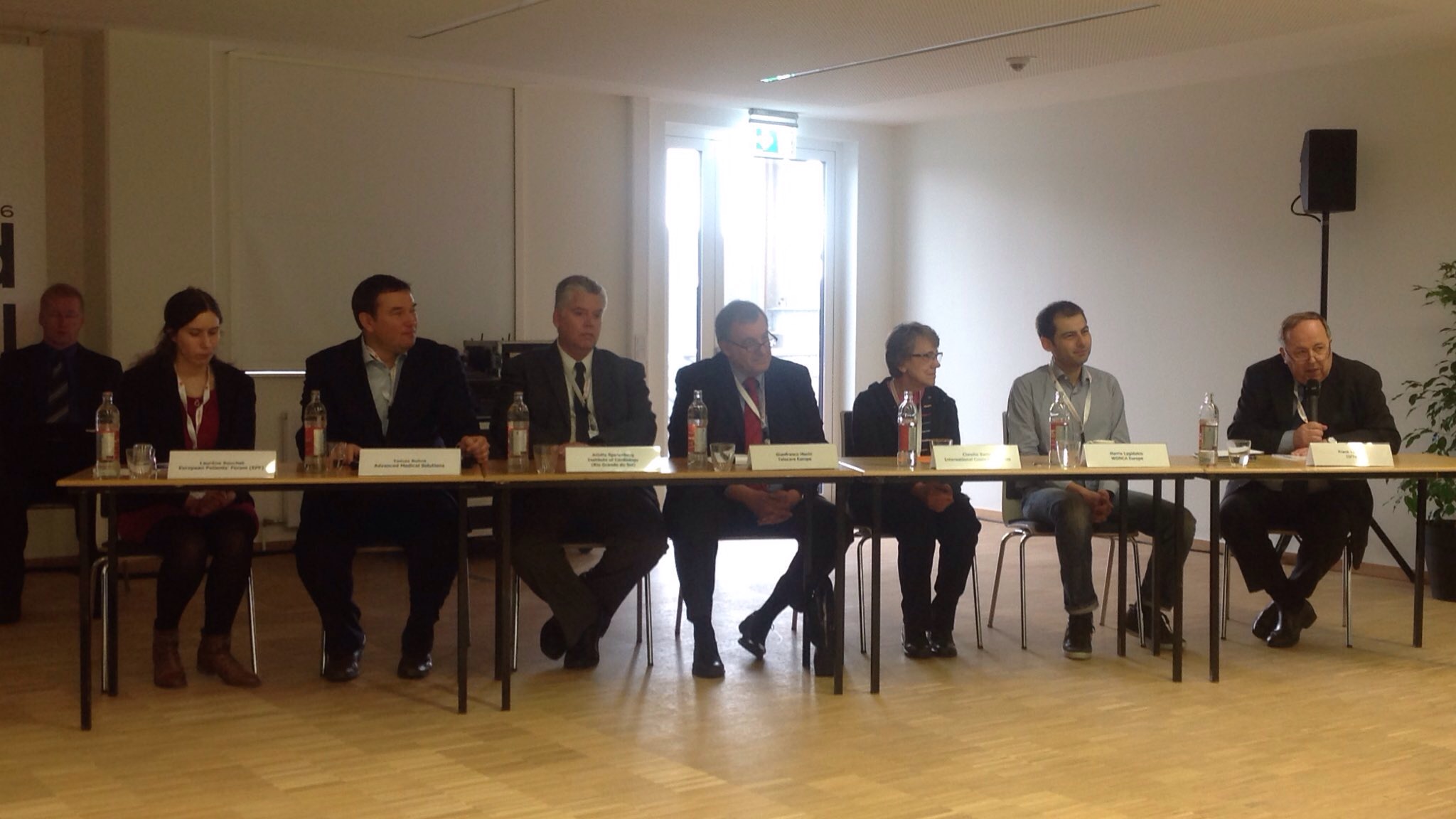 The second day of the conference also started with a plenary session on Creating Successful and Sustainable Telemedicine/Telehealth Programs, with chairpersons from different stakeholders and partners of ISfTeH. Dr. Adolfo Sparenberg from ISfTeH board member mentioned “Establishing a long term training program for Telemedicine Programs is really important”. Harris Lygidakis from WONCA Europe also mentioned that “While designing a Telemedicine program, you have to have everybody on board. Patients, engineers, public sector, doctors, nurses, everybody. I think the best telemedicine applications are made with collaboration”. This session also revealed that only 1/3 of the participants of the Med-e-Tel were medical professionals.

After that we attended the session on National Telemedicine and eHealth Initiatives which yielded possible collaborations for our NMOs.

At the end of the day, we had a quick meeting with ISfTeH Board Member – Students Working Group Dr. Adolfo Sparenberg on Student Involvement within the ISfTeH and the Med-e-Tel, and scheduled an online meeting. 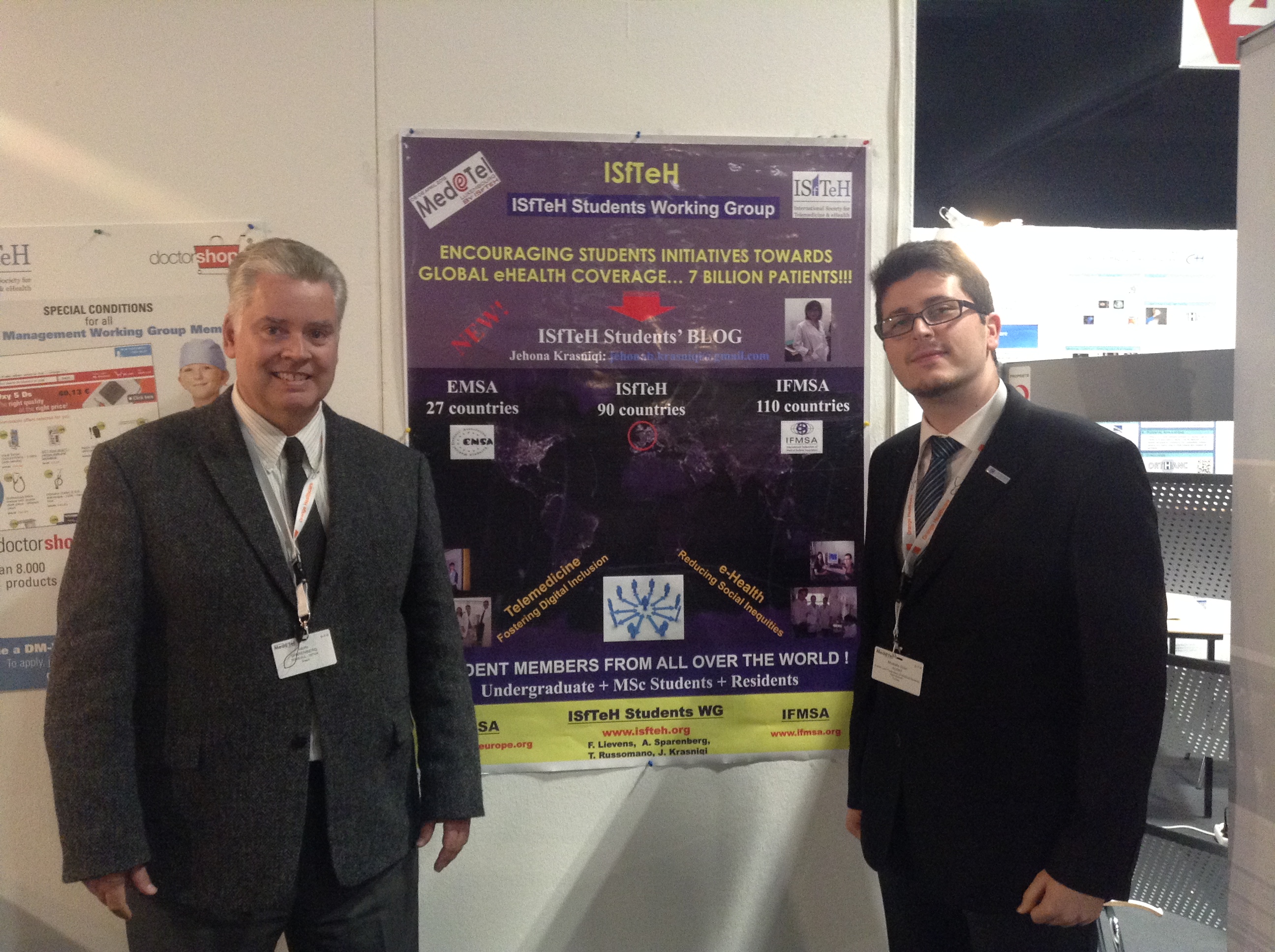 On the last day of the meeting, we started the day with the ISfTeH Student Videoconference Session and Contest. At that session, students from all over the world were able to present their presentations via teleconference and the winner was rewarded with 1.500 USD to participate to the next years Med-e-Tel. Finally, session on eHealth economics took place, and it was about the profit/expenses ratios of telemedicine applications, focused on deploying ehealth telemedicine applications when its cost-efficient and giving examples from around the world.

In regards to the opportunities to take out of the conference, it is definitely about our collaboration with ISfTeH that is continuing to be stronger, and we are thankful to them, with the plans to develop some initiatives and more involvement of IFMSA in the next conference. As for other partnerships, some stakeholders will be contacted for potential collaboration, either via NMOs or internationally. It was overall a good platform for IFMSA to show the potential of involvement, that would require interdisciplinary collaboration with other fields such as pharmaceutical, engineering and nursing students and other specialties.