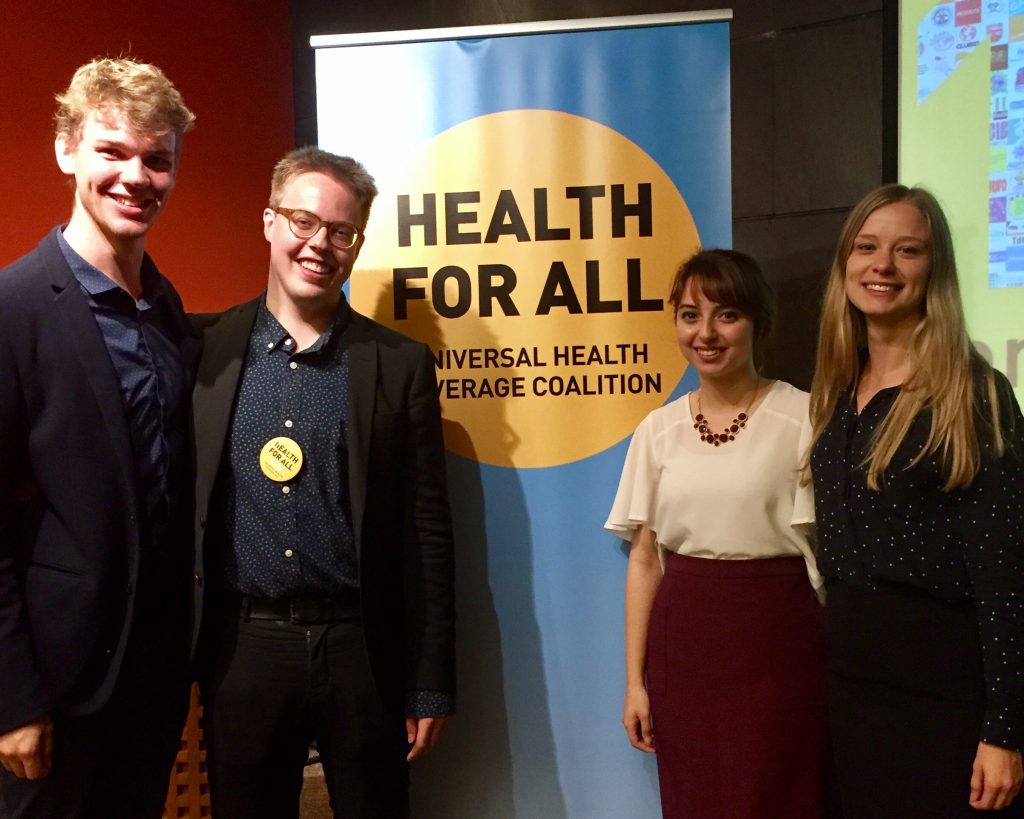 The United Nations General Assembly (UNGA) is a high-level meeting and decision-making platform that addresses, more or less, all topics related to development and international politics. It is one of the six principal organs of the United Nations (UN), the only one in which all member nations have equal representation. It is the main deliberative, policymaking and representative organ of the UN.

This year, IFMSA is represented by a delegation of 5 members composed of the current and the next team of officials:

IFMSA is utilising UNGA as a great opportunity to meet our partners, participate in discussions related to global health and emphasise the importance of youth engagement in decision making. It is one of the most important platforms where we can advocate for our stances and policies, and shed light on medical students’ voices and actions. Our goals for attending UNGA are the following:

Universal Health Coverage is one of the most important topics that are being discussed during the UNGA, and throughout the past days, IFMSA has been focusing on attending and participating in high level panels and side events related to it. Universal Health Coverage (UHC) is about all people having access to quality health services as well as prevention without financial hardship. Achieving UHC is a target as well as a necessary determinant to make the realisation of other SDGs possible. 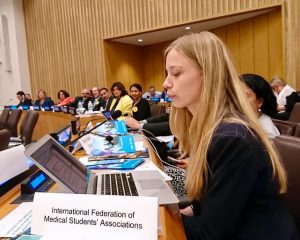 On the 18th of September, IFMSA participated in World Leaders for Universal Health Coverage: A High-Level Discussion at the United Nations on Achieving the SDGs Through Health for All. Our Vice President for External Affairs 2016-2017, Marie Hauerslev,  was one of the speakers in this session and underlined the importance of putting UHC on top of political agendas, and clearly communicate the importance of this to people outside the health sector. IFMSA also encouraged member states to ensure appropriate numbers of doctors and other health workers in their countries, a fair distribution between rural and urban areas, and to provide transformative medical education of high quality. We underlined that we are impatient to break the vicious cycle of poor health and poverty by achieving UHC, and giving all people their right to health. In addition, IFMSA delivered an opening statement by the Vice President for External Affairs 2017-2018, Batool Wahdani, during the evening reception “Celebrating Universal Health Coverage Champions.” IFMSA addressed the importance of restructuring our societies and health systems to become healthier and fairer. In addition, to recognizing the efforts of the UHC Coalition, which is one of the most important platforms that strengthens the efforts of all those who work towards achieving UHC and health for all. During the reception, the Director General of the World Health Organization Dr. Tedros highlighted IFMSA as powerful contributors to the UHC movement, and underlined that we should not be underestimated since he sees us as agents of change, representing the future, and encouraged IFMSA to keep up it’s external work. 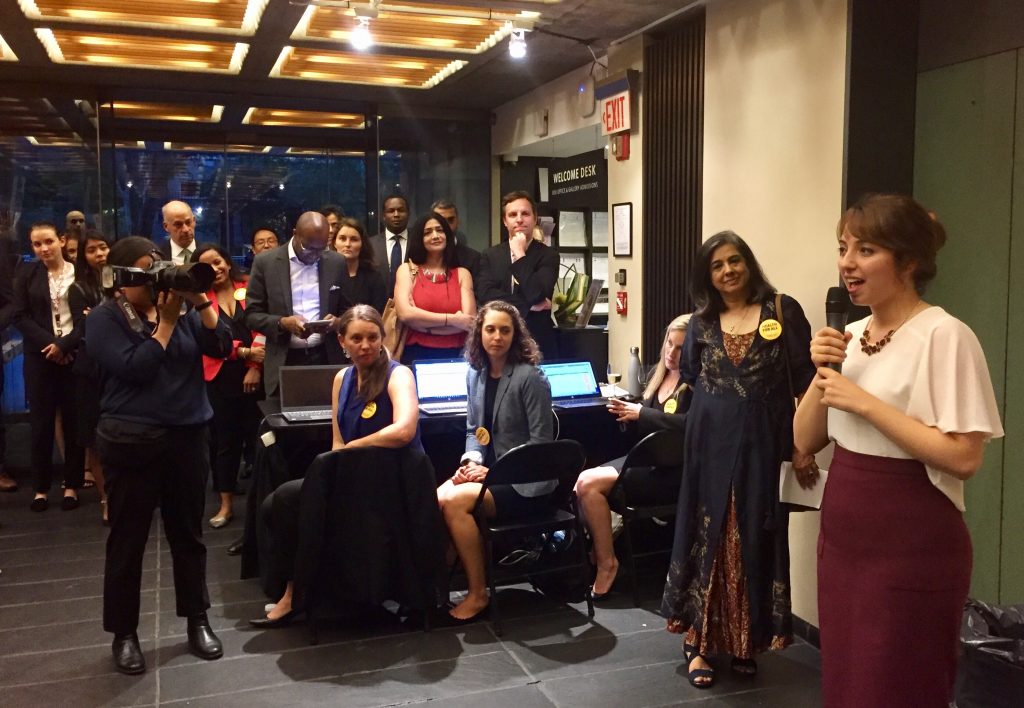 IFMSA has participated actively in other side events as well related to Non Communicable Diseases, Adolescent health and wellbeing and Gender Equity.

Stay tuned for further updates from your delegation in New York City.