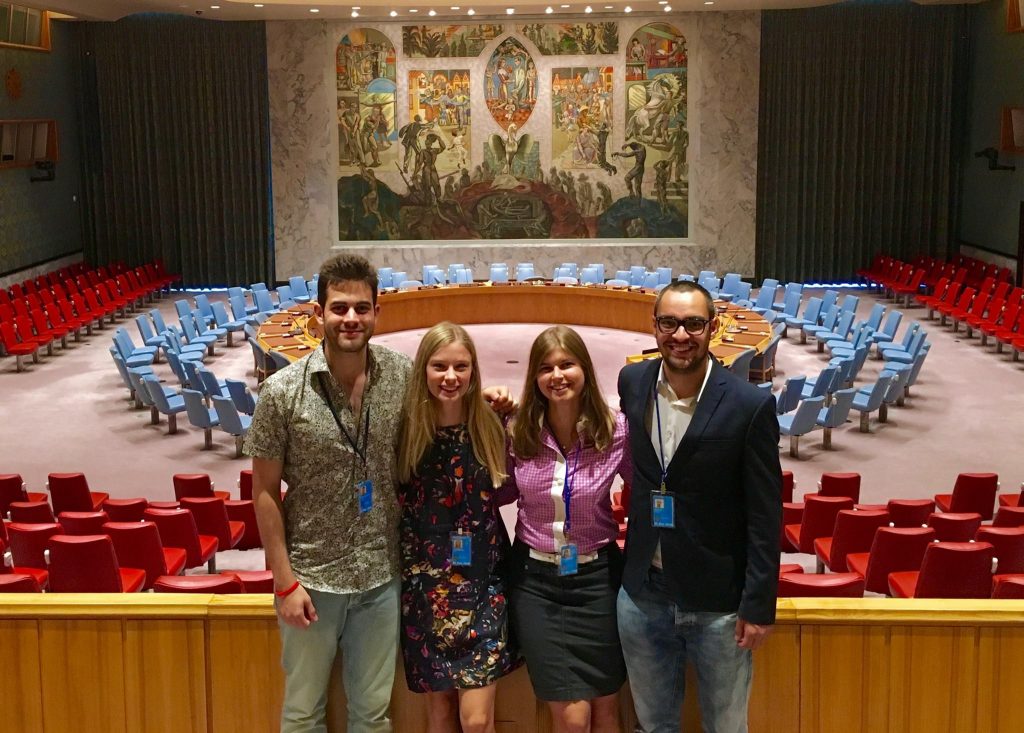 We are writing to inform you that from September 13th to 27th, we will have a group of IFMSA representatives attending the events surrounding 71st United Nations General Assembly, which is taking place in New York City. The UNGA is a big opportunity to meet with our relevant partners, pass on our vision to high level externals and above all, advocate and push for the issues we work on to be included in the international agenda.

During the upcoming week, IFMSA will be present in multiple side events, as well as some one-day meetings, being the most relevant the following three:

Based on the nature of the events, limit of the official participation in the GA itself, handover purposes, availability and relevance of the official position, the following delegation was selected among the TO and TO elect:

It is important to underline that the main IFMSA involvement is not attendance of the GA itself, since there are only a limited amount of passes that could be obtained to listen to the official plenary speeches. It was not a practice in the past of the Federation either.

IFMSA will focus on active presence in the relevant side events, possibilities during the High-Level meetings, contact and follow-up of the current partners, seeking and developing new opportunities, that would bring concrete benefits for the Federation.

Our strategy could be found here.

The officials events of the UNGA would be broadcasted live: http://webtv.un.org

Our delegation would be updating you through several blog entries on the ifmsa.org and tweets on our official IFMSA account @ifmsa

We recognize the importance of such relevant meetings and the necessity to be inclusive with the the different perspectives of our members we would like to open the floor for any of you to provide suggestions or ask questions throughout the next few days.