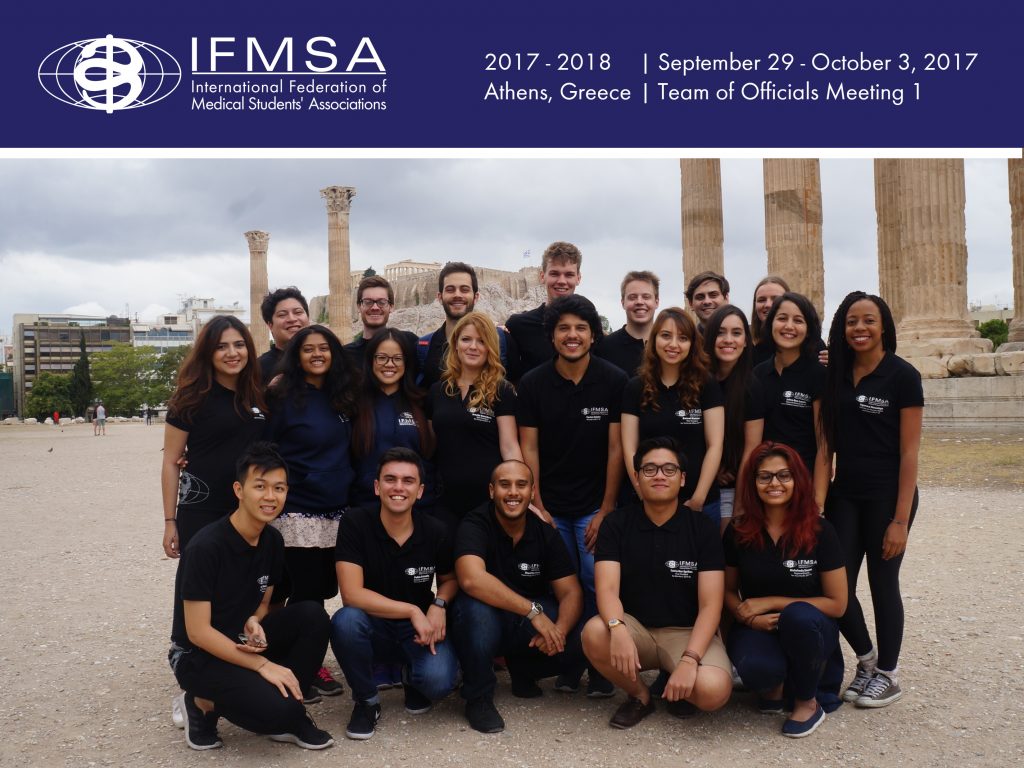 The Team of Officials Meeting is an event where all IFMSA Officials meet and discuss the management of IFMSA in between General Assembly meetings. There are six meetings throughout the year, which each lasts for 3 working days, excluding the Arrival and Departure Days.

The first Team of Officials Meeting is one of the most important meetings we have in IFMSA, in which the Team of Officials  have the opportunity to welcome the beginning of their term, learn about the different aspects of each official’s work, discuss the areas of collaboration and most importantly finalize their annual working for the whole term. It also helps them to get to know each other, strengthen their teamwork and increase their knowledge about the internal mechanisms of our federation.

Throughout the meeting, the Team of Officials were able to discuss the different dynamics in IFMSA, including: IFMSA Secretariat, supporting IFMSA NMOs and engaging with them, financial management of IFMSA, representing IFMSA externally, reporting mechanisms, social media and corporate identity, updates about the regional meetings and general assemblies happening in the term, and many other important topics related to the management of our federation.

IFMSA Team of Officials 2017/2018 took their first steps into the unknown frontiers of a new term. Many preparatory processes have taken place to get to this point. The Team of Officials are now ready to serve IFMSA and bring new changes and achievements for our beloved Federation.