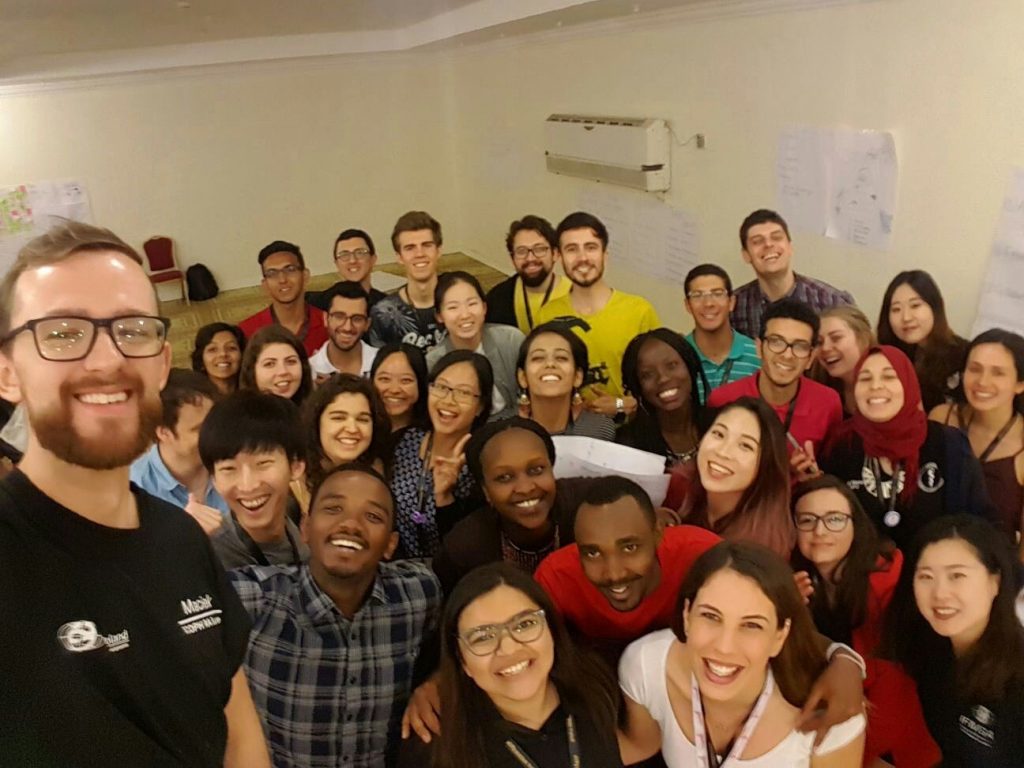 This is the first year that we as Programs Coordinators had a chance to do sessions that basically implemented more programs into a single session. Altogether there were six program streams from which participants had a chance to choose which one to join. Program stream  I as a program coordinator on Healthy Lifestyles and Non-communicable disease was working on together with Saniya, our Programs Support Assistant and Program Representative on Health Systems and Maciek, RA for Europe was „Impact of Health Systems on Non-communicable diseases“. We had around 30 wonderful and interested participants and the whole session lasted for two hours. It was divided into several parts, which included Programs part, Activity management and an introduction to the specific topics that were Health Systems and NCDs. After the introductory part, we divided participants into small working groups. They had flipcharts with already offered target groups and most important focus areas from each of the topic from which they had to choose from and form an activity as a group using the activity management part that was previously shown during the introductory part. After that, each group presented their activity and we concluded the session with revising all previously mentioned. The idea behind the theme was to connect two topics which are very close to each other because as we know most of the activities that are revolving around NCDs are about prevention and screening programs which when we look at it should start at our Primary Health Care. That is however not always the case and by connecting the topic we wanted to show that by implementing both of them there could be a lot of new ideas to create and conduct new activities. We as a team had a wonderful time and fully enjoyed the session which had a general positive feedback and as an outcome had actually really innovative and useful activities that we hope participants will actually develop!

Srpska Medical Students’ International Committee (SaMSIC- Bosnia and Herzegovina/Republic of Srpska) has organized an internationally accepted project from the side of IFMSA “Healthsphere” which was held on Saturday, 27’st of May in Petar Kocic park in Banja Luka. The project was held from 12 until 16 o’clock and consisted of four houses. From each house the residents had a chance to learn interesting and useful information like, preventing diseases, the importance of physical activities, correct nutrition and good mental hygiene. The inspiration for the project came from the WHO definition of health “ Health is a state of complete physical, mental and social well-being and not merely the absence of disease or infirmity. The enjoyment of the highest attainable standard of health is one of the fundamental rights of every human being without distinction of race, religion, political belief, economic or social condition“. The interests of the people about the content of the houses was enormous. Based on the survey that was filled by every person who passed through all four houses, 400 people participated in the prize game. The house “Better to prevent than to treat” attracted a great deal of interest from the citizens, mainly because it offered free blood pressure measurement and free blood glucose measurement .Great attendance was recorded in the part of the house that was devoted to the promotion of oral health where we shared gifts like toothbrushes, interdental brushes, mouthwash fluids and toothpaste. In addition to information about proper oral hygiene, no less attention was drawn to the promotion of prevention of diseases such as diabetes, cardiovascular diseases, breast cancer and pulmonary disease. There was also an interest in the immunization, ie the importance of vaccination for the whole society. The house “Health enters through the mouth” had special attention this year. Namely, there was a large choice of healthy food from our local healthy food restaurants and companies associated with the production of the same, which our visitors could taste and try. This house has presented the importance of healthy diets. Inside the house the citizens received advices on how to prepare healthy food, but also the opportunity to try out several products. Goal was to inform the citizens about the importance of food, like the father of medicine Hippocrates said “Let food be your cure, and let your cure be food”. The house “Life is a movement, movement is life” caused great interest among visitors, because in addition to numerous sports tips and sports offers this house offered different types of measurements to all visitors. The greatest attention was drawn to measurements of muscle to fat ratio in our body and after that measurement of the spinal column deformity, measurement of hips mobility and maximum oxygen consumption using ergometers. Also, this house had a diverse offer of consultation about the importance of physical activities, demonstration of exercises on modern devices, presentation about modern methods of practicing by certified fitness trainers, personal trainers, martial arts experts and sport experts. This house introduced also various dance schools and showed that you can exercise and have fun and the same time. The house “Laughter is the cure” has presented the importance of good mood and positive thinking about life, as well as the importance of mental hygiene. The real success of this house was achieved through musical performances and stand-up comedy acts that were among the main attractions of the project. All visitors of “Healthsphere” could participate in a prize game, the conditions of participation were: 1. Fill out a survey about the project, for every house one standardized question about the topic of the house 2. Collect from all the 4 houses a stamp, as a proof that they visited them 3. Write their name, phone number and e-mail The prize fund was over 100 prizes provided by partners and friends of project „Healthspehre“. The goal of this project was to include people of all ages and show them the importance of laughter, healthy food, regular exercise and regular medical check-ups for a healthy and quality life in which the project was successful. Over 2000 people visited “Healhsphere”, and about 500 filled out the survey and participated in the prize game. The main thing that “Healthsphere” wanted to present through our four houses was the idea that modern medicine would be dramatically different if we focus on prevention, rather than intervention of diseases.

You can check all the photos  and the video on their Facebook Page SaMSIC! 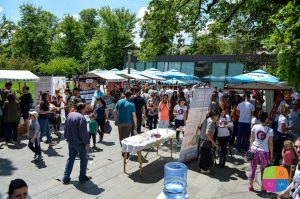