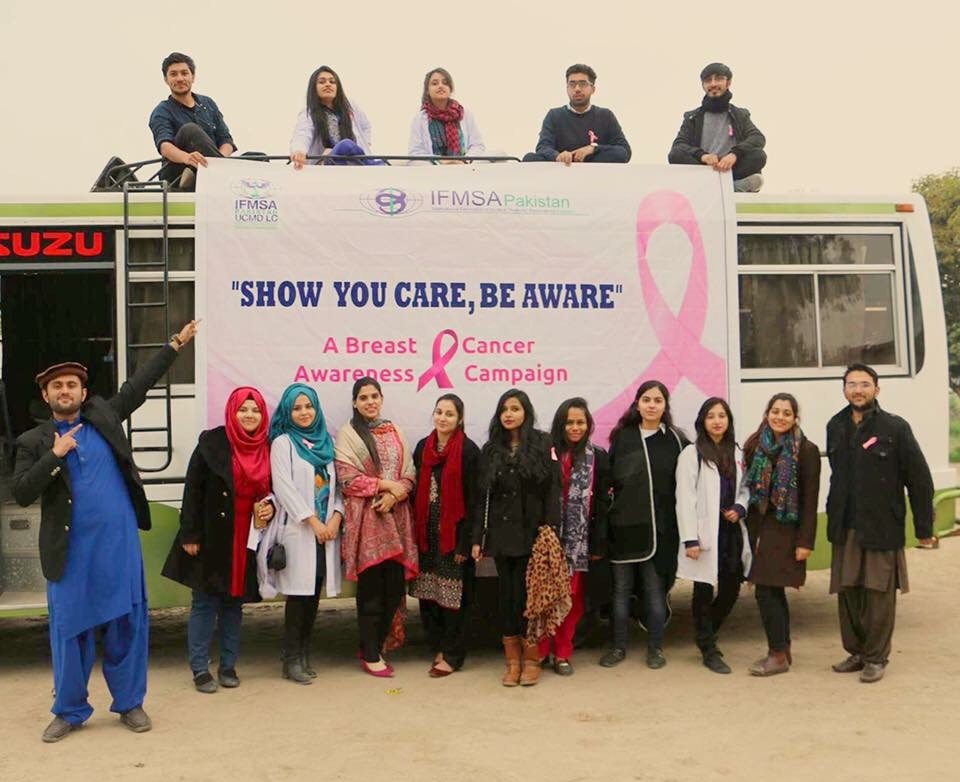 Breast cancer is a rapidly growing problem in our country specially in remote areas of Punjab and KPK mainly due to the lack of awareness in majority of the affected women. Hence, with this campaign awareness is being spread in the rural areas of Punjab, so far and visiting some rural areas of south Punjab and Sindh in near future, is on cards.
Illiterate and unaware women of remote areas of Pakistan are the main target group as they are the ones who are at a higher risk of developing breast cancer because they neglect the symptoms due to lack or awareness which leads to progression of the disease and may prove lethal. The direct beneficiaries are the women who are being addressed by our team of trained health care providers. Objectives that are ought to be reached in this campaign were womens ability to self examine themselves, their awareness of the cause of breast cancer, getting to know early signs,symptoms and complicatons of breast cance. Self Examination is one of the key objectives. We will achieve our objectives by spreading awareness about breast cancer in the women of different rural areas of Pakistan. Doing this will make them examine themselves for the signs of the disease and it would help them in early diagnosis causing less damaging outcomes. Success indicators were that at the end of every session women had learned the self examination techniques and that they were motivated to check themselves regularly and seek physician’s consent if symptoms were experienced. A feedback form in the local language is given at the end of the session to the women who attended the session and they are asked to fill it, the ones who can not read and write are helped by our health providers who ask them the questions and record their response. Post evaluation will be done in long term to check the decrease in breast cancer affect rate on the rural area targeted.

Cancer is a non-communicable disease and it is rapidly growing worldwide and in Pakistan as well. Hence, our objective is to spread awareness in the women about this disease so that they can be diagnosed at early stages of the disease. The common goal of the program and our activity is to make spread awareness about cancer and make women aware of the abnormal bodily changes at the onset of breast cancer.