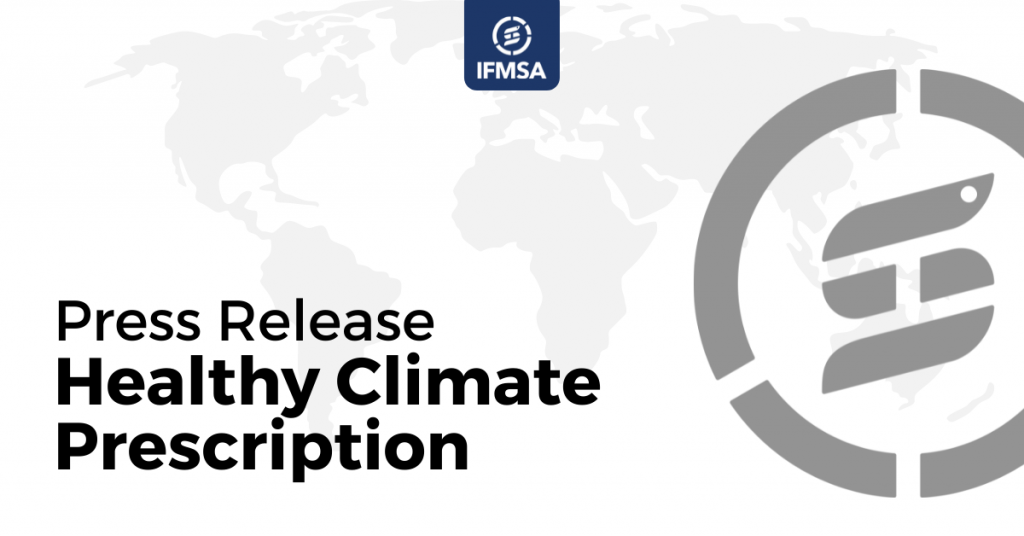 Geneva, 11 October 2021 – The International Federation of Medical Students’ Associations (IFMSA) calls on the governments of all its National Members Organizations to give utmost focus to the climate action, including the health co-benefits of mitigation and adaptation strategies and work towards climate resilient health systems that can protect the promotion and provision of quality healthcare for all. Moreover, the Federation  calls on governments to ensure that health is always a central consideration to the work and discussions on climate change. The call comes ahead of the UN climate conference (COP26) in Glasgow, UK as more than 300 organizations representing at least 45 million nurses, doctors and health professionals worldwide – about three quarters of the global health workforce – signed an open letter to the 197 government leaders and national delegations ahead of COP26, warning that the climate crisis is the single biggest health threat facing humanity, and calling on world leaders to deliver on climate action (1).

The letter’s publication coincides with the release today of a new report by the World Health Organization (WHO), which argues that countries can only ensure a long-term recovery from the pandemic by implementing ambitious climate commitments. The report delivers ten high-level recommendations, backed up by action points, resources and case studies, including the need to place health and social justice at the heart of the UN climate talks.

The letter states: “Wherever we deliver care, in our hospitals, clinics and communities around the world, we are already responding to the health harms caused by climate change,”. “Those people and nations who have benefited most from the activities that caused the climate crisis, especially fossil fuel extraction and use, have a great responsibility to do everything possible to help those who are now most at risk.”

Wildfires, flooding, heatwaves and droughts impacting people’s health have been on the rise around the world, compounding other health challenges such as the pandemic. In several countries, all over IFMSA  regions, we are already seeing the impact of climate change on various health aspects such as people’s mental health and the spread of water, food and vector-borne diseases.

By integrating health and equity into climate policy, our national member organizations’ governments have the opportunity to protect peoples’ health, maximise returns on investments, and build public support for the urgently needed responses from governments to the climate crisis.”

Both the letter and the report argue that health and equity must be at the center of climate change response; while the letter calls for action, the report provides the blueprint for delivering climate action that will protect the health of people around the world.

The letter calls on all governments to update their national climate commitments under the Paris Agreement, in line with their fair share of limiting warming to 1.5°C. A recent report by UN Climate Change (UNFCCC) found that countries’ collective climate commitments are falling far short of this goal, and would lead to a global temperature rise of at least 2.7°C by the end of the century (3,4).

The 45 million health professionals represented in the letter are demanding a rapid and just transition away from fossil fuels; for high income countries to provide the promised transfer of climate funds; for investments in resilient and low carbon health systems; and for pandemic recovery investments to support climate action and reduce social and health inequities. 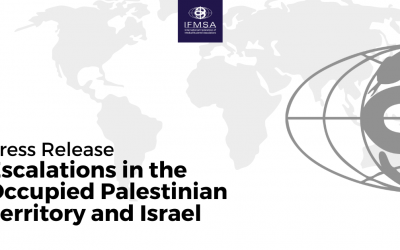 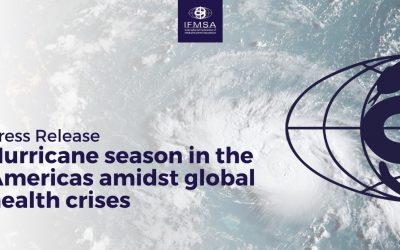 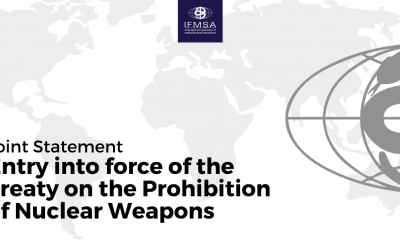