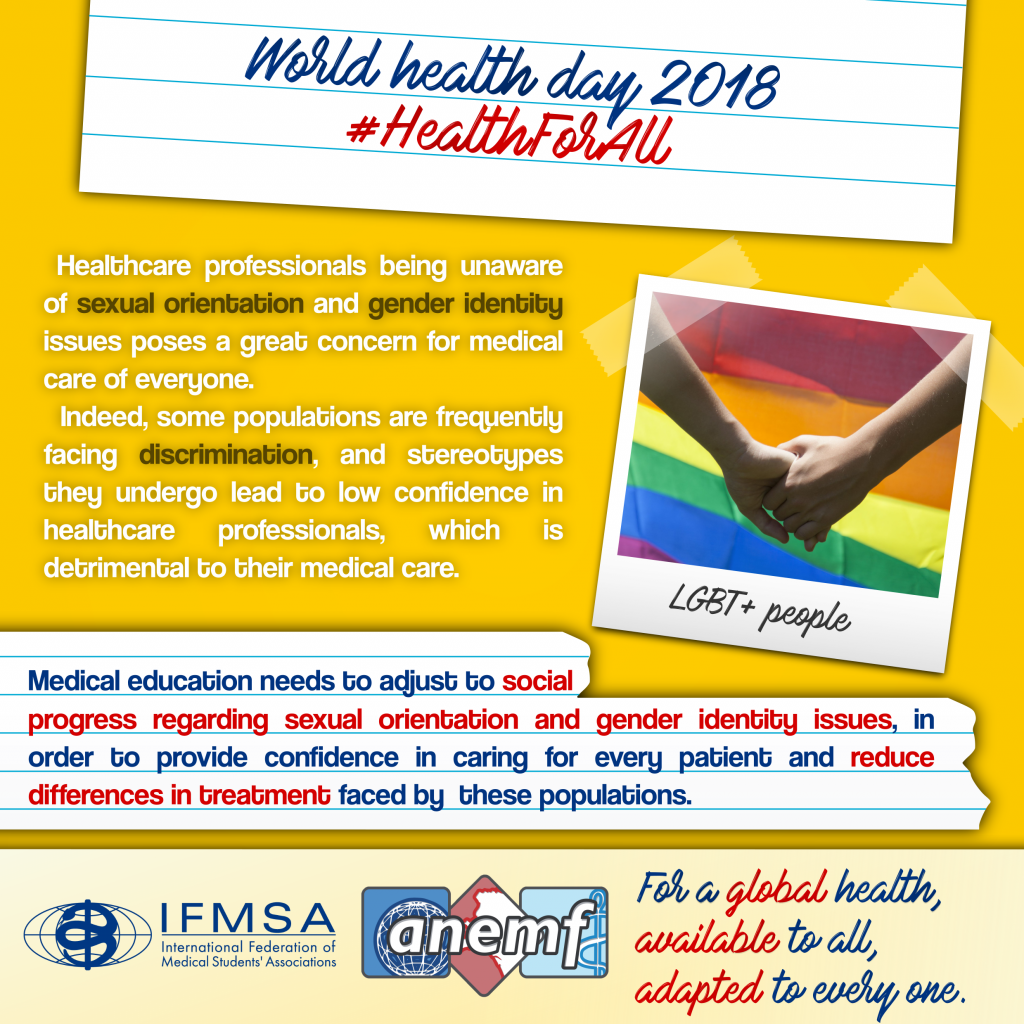 On world health day 2018, ANEMF joined the #HealthForAll movement. As Universal Health Coverage (UHC) is a priority for us, we wanted to design a campaign focusing on the inequalities observed in our french health system. We chose six types of inequalities : financial, geographic, cultural, gender-based, disability-related and age-related ones. Our campaign pointed out a concrete situation for each type of inequality, and gave a proposition to reduce it.

This campaign was really useful as it highlighted ANEMF’s stand on UHC, and brought up several propositions of ours to help achieving it. Its main impact was the awareness it raised among students and stakeholders.

Despite this, it was really complimented by other activities led by ANEMF, which impacted directly the issues we highlighted with this campaign. For example, ANEMF recently signed a pledge for a better education of health students on taking care of patients with disabilities.

Our impact is not necessarily bound to one activity, and it is sometimes an asset to focus on activities that do not impact directly the issues you’re tackling but make them meaningful and link them with each other. This is the meaning of our world health day 2018 #HealthForAll campaign.