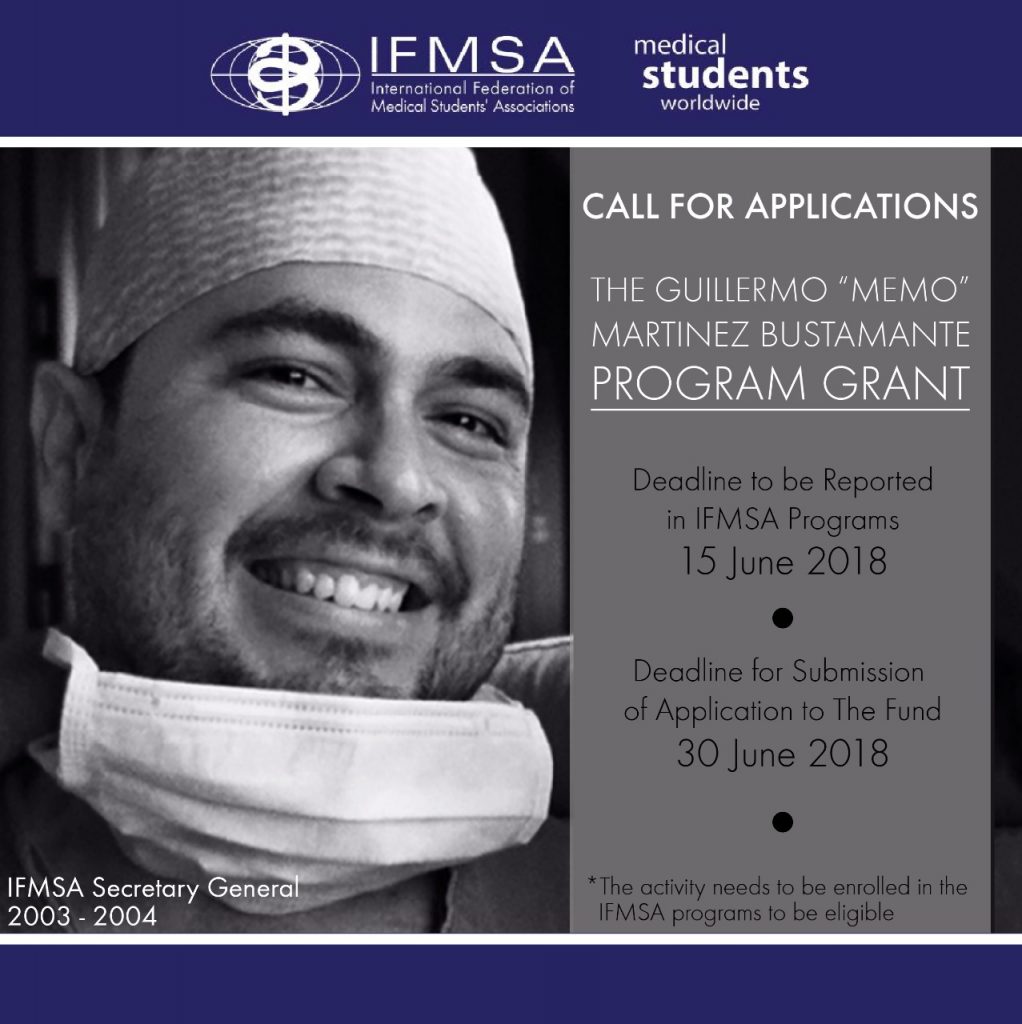 It is our pleasure to open the call for applications for the Guillermo “Memo” Martinez Bustamante Program Grant.

A compassionate physician, dedicated father and husband, and well-loved friend and colleague, Guillermo served as staff urologist at the Izola Hospital in Slovenia, where he lived with his wife, Dr. Masa Sukunda (also formerly of IFMSA) and his two children. Despite his busy professional and family life, Memo continued as well to serve various educational and global health endeavours, including serving on the Young Urologist Board of the European Association of Urology.

He was, too tragically soon, taken from the global medical community in August 2016 at the hands of one of his patients in a despicable act of workplace violence. In his memory, a group of Guillermo’s friends, many of them former IFMSA officers, created a Memorial Award in his name as a way to honour him at the heart of Federation.

The broad objective of the Award is to recognize outstanding activities undertaken by IFMSA members. The Award will be presented every year during the Closing Ceremony of the August Meeting. One (1) award is available at a value of 300 Euros (amount to be confirmed.)

Make sure that the activity that you are applying with has been both enrolled and reported in IFMSA Programs. The data submitted will be used to evaluate the applications.

Additionally, you will need to submit the motivation letter (no more than 2 pages long) and the Form (here), signed and stamped by your NMO President, to state that the information submitted in the whole process is correct.

Please submit motivation letter and the form to [email protected] by the 30th of June 2018.

The subject of the email should be: [Memo] Name of your activity – NMO.