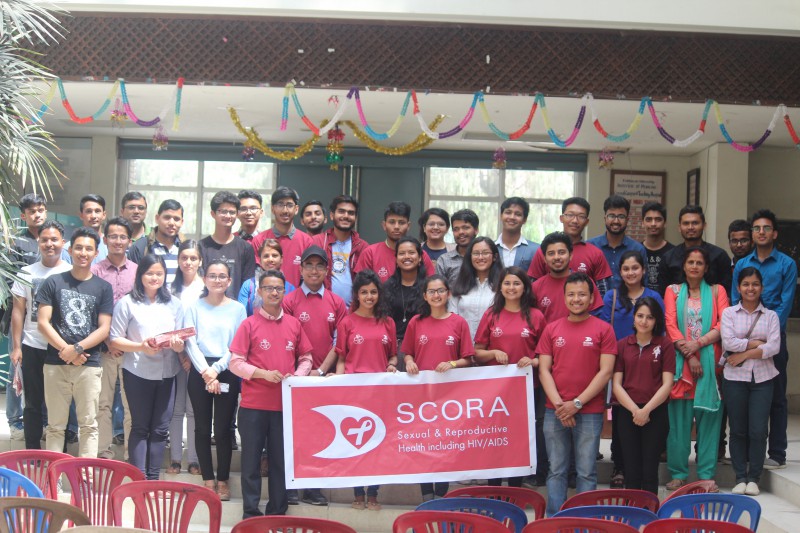 The issue of sexual harassment was a taboo until recently, but it is gaining recognition. From being limited to a social issue it is becoming a broader legal and human rights issue. Building awareness on women, their families, and communities is a way to create an environment where gender-based violence is not tolerated.

As medical students, we receive a number of cases ranking from domestic violence, acid attacks, molestation to rape.  The number of reported rape cases in Nepal in the first month of the year 2017/18 was 131,and the numbers have been rising at an alarming rate. Not only  that, in all kinds of workplaces be it a governmental or a corporate setting, sexual harassment cases have been piling up in the HR sections for so long and not much have been done.

The women are taught to regard themselves as helpless, unable to act, unable even to perceive, in no way self –sufficient. Her fear results in a passive rather than active response to male aggression. She may become paralyzed with fear, restrict her behaviour (i.e., not to go out alone, not to do anything without her partner’s permission), try to appease her attacker, and worry about how she can prevent a future attack. However this is not the solution!

The ultimate solution is encouraging every woman to speak up against the violence and fight for themselves.

Keeping this in mind NMSS-SCORA planned to not only celebrate women but also give them a platform to speak up against the assaults.

NMSS-SCORA conducted a Panel Discussion on Sexual Assault Awareness on 20th  April 2018 at TUTH, Mahajgunj.  We had panellists from National Woman Commission –Palita Thapa who enlightened us regarding governmental policies counteract the problem, Sexual Assault Prevention related app launch by Nepal Govt  , Nepal Police- Laxmi Acharya who discussed regarding the current scenario of sexual assaults, preventive measures, date rape drugs and their safety pin campaign to provide self defence trainings., Department of Public Health- Binjwala Shrestha who discussed on SDGs related to prevent gender biasness and current policies in the world , Human Rights Advocate- Apekshya Niraula who guided us regarding the ways to report sexual assaults in case we are to be the victim or someone else comes to us, and and Forensic Expert- Eugene Walung who discussed many cases of sexual assaults and how they are evolving.. The audience was around 200 medical students from different medical colleges, public health activists, representatives of different Sexual Assault Rehabilitation Centres. We opened the floor to discussion in the end and the audiences showered the panellists with their questions. It was a very interactive, informative program which was one of its kind.

NMSS-SCORA conducted a Spoken Word Poetry Competition on 21st April 2018 at TUTH, Mahajgunj with the theme ‘Embrace your Voice.’

It was yet another way to encourage medical students to get in touch with their souls ans help them express their stories regarding sexual assaults. We had an overwhelming participation with more than fifty stories on the theme ‘Embrace your voice’ and the best story was awarded to Ayush Jha, a first year medical student of KUSMS, Dhulikhel. We are yet to publish the stories after taking consent from the writers.

The program was funded by Nabil Foundation, supported by ASHA-Nepal, Sankalpa- Nepal, Samiksha Books and Conducted by NMSS-SCORA.