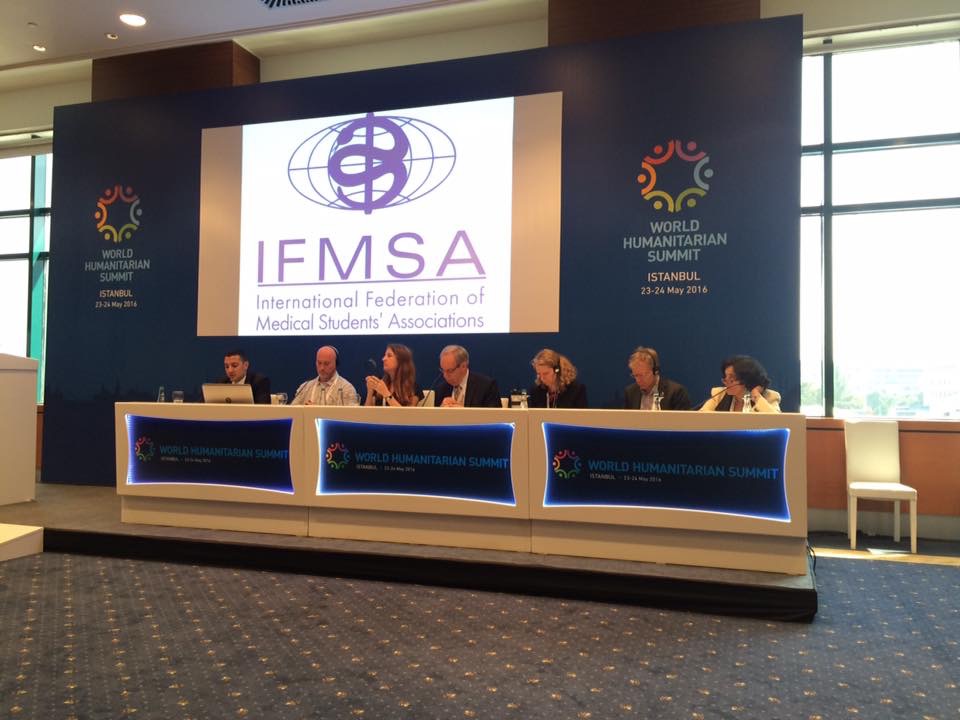 The first World Humanitarian Summit convened by UN Secretary-General, Mr. Ban Ki-Moon and hosted by the Government of Turkey, which took place on 23-24 May 2016 in Istanbul, saw a strong emphasis on the urgent need to address the needs and safeguard the rights of young people and engage them in humanitarian response efforts.

The Summit brought together some 9000 participants from 173 Member States, including 55 Heads of State and Government, representatives from the private sector, civil society, NGOs, media and academia, as well as youth advocates and activists, to inspire and reinvigorate a commitment to humanity and initiate a set of concrete actions and commitments aimed at enabling countries and communities to better prepare for and respond to humanitarian crises.

IFMSA has been actively engaged in the process from the beginning, hosting consultations both nationally and internationally, and participating at several events leading up to the summit including the WHS MENA regional consultation, the Doha Global Youth Consultation in September 2015 and the Global Consultation in Geneva last october. We have contributed our perspectives through and have become one of the key players in the UN Major Group for Children and Youth, the mandated space for children and youth within the WHS process. 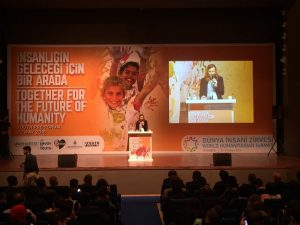 IFMSA has been hard at work advocating for a humanitarian agenda that represents the values that our federation is built around – engagement and capacity building, protection of health and well-being; and the fullest respect for human rights. Many of our members already provide excellent examples of what role medical students can have in the humanitarian landscape – arranging trainings in disaster medicine, holding peer education on the rights and responsibilities of health care workers under international humanitarian law and providing relief to refugees and internally displaced people.


Building on the motto that guides our work – think global, act local – weve pushed for the potential and contributions of local youth initiatives to be recognised as a vital part of humanitarian action. Recognising the blatant disrespect for international humanitarian law that is seen in many of todays conflicts, weve raised our strong concerns about the increasing number of attacks on health care works and the seeming incapability of the Security Council to address them. 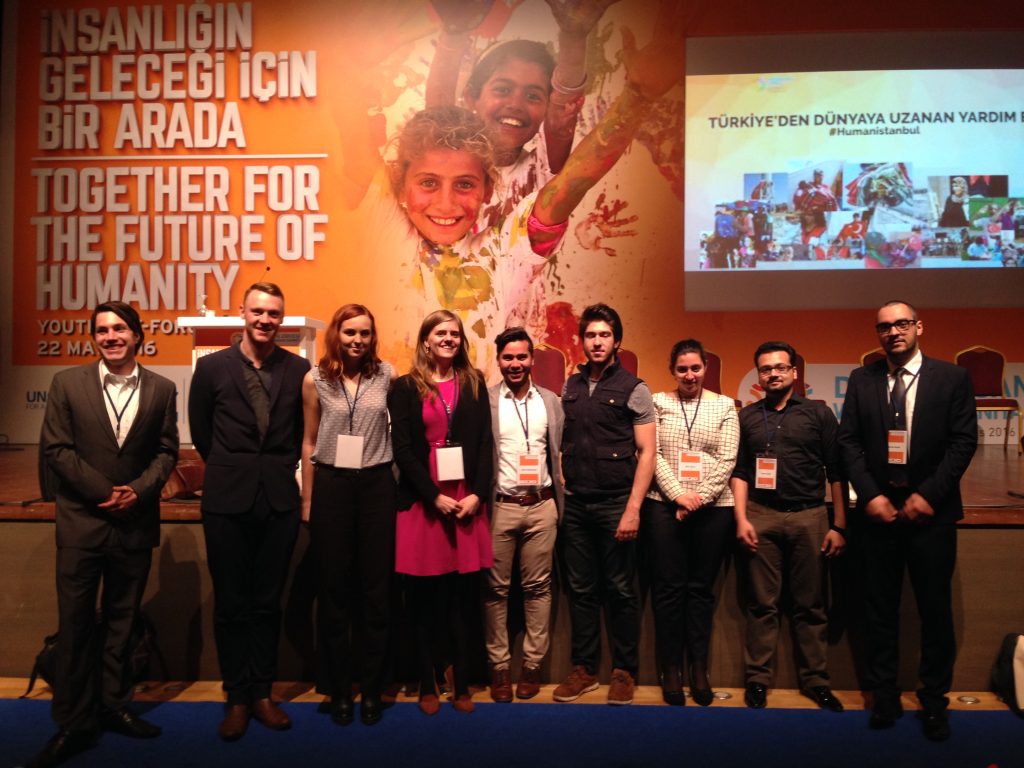 This very ambitious Summit, in the midst of a complex political landscape, will certainly be an interesting experience for our IFMSA delegation, consisting of Karim M. Abdeltawab, Moa Herrgard, Alice Claeson, Asad Naveed, Arslan Inayat, Lucas Scherdel and Bariscan Uzunkaya, and Marian Sedlak.

While many of us has been affected by disasters, conflict, displacement and other humanitarian crises, and while affected children and youth often have their own specific challenges in humanitarian crises, we are not just victims. Throughout this process, we have seen countless examples of young people taking action to bring peace, stability and resilience to their communities, guided by the humanitarian principles of alleviating suffering, protecting life, health, and ensuring respect for all. Said Alice Cleason, IFMSA WHS task force Coordinator at the opening of the Youth Pre WHS forum.

The Youth Pre WHS forum has been attended by other global influencers including the UN Secretary General’s Envoy for youth Ahmad Alhendawi who stressed on the need for youth participants at the summit to have a strong voice to remind everyone of the key role they play in shaping the humanitarian Agenda. 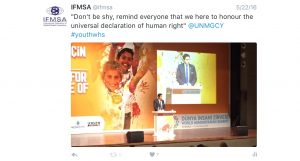 The process has not been an easy one. Many stakeholders have officially withdrawn their participation in the last weeks, stating their disappointment with what has essentially been called a complete trainwreck, including by IFMSA delegation members. The lack of a negotiated and binding outcome has been a main point of criticism. However, the Summit has set a new course said Ban Ki moon UN Secretary General calling for action to commitments. We have the wealth, knowledge and awareness to take better care of one another. But we need action, based on the five core responsibilities of the Agenda for Humanity He stressed.

Together, some 1,500 commitments were made including;

The compact addresses five key actions which focus on the improving and upscaling service delivery for young people in humanitarian settings, the engagement of youth in humanitarian response, their capacity building -especially at the local level-, and the strengthening of accountability mechanisms, resources allocations and quality and utilization of data and knowledge.

Over twenty-five partners including IFMSA committed to this innovative compact including Governments, donors, UN System entities, private sector organizations, INGOs, and major youth organizations and networks and further expressions of interests to join the compact are still coming in. 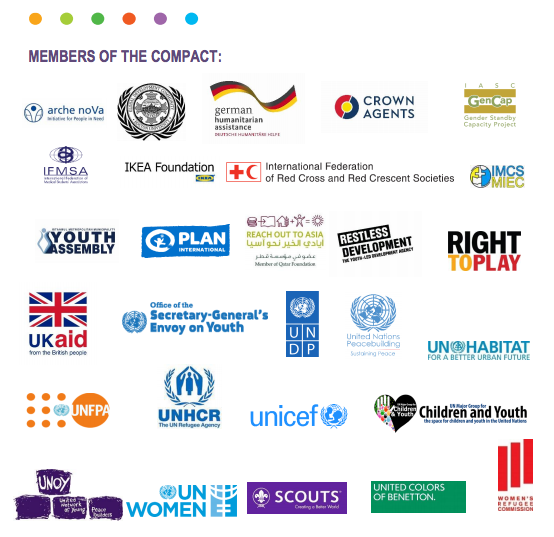 Moreover, IFMSA along partners have also contributed to the planning and organisation of the Strategies for Ending Attacks on Health Workers, Facilities and Patients a side event that addressed a wide spectrum of strategies to prevent attacks from occurring to end impunity to them through activities including monitoring and reporting, training, enhancements in security, and accountability. The side event has also considered the role of the government’s, Key UN agencies, humanitarian organisations and human rights and civil society groups to achieve these objectives. 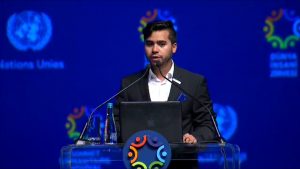 IFMSA has also stressed during the plenary that bombings of hospitals meant hundreds of thousands of people losing access to health care and the erasure in seconds of decades-long efforts to reduce child mortality, improve maternal health and fight disease. As future health care professionals, we call upon states and civil societies to strengthen cooperation with all relevant stakeholders military and community leaders to regain respect of the International humanitarian law and medical ethics to put an end to the epidemic of violence on health care workers said Karim M. Abdeltawab IFMSA LRP at the WHS plenary.

Speaking at the closing ceremony, Mr. Ban Ki Moon highlighted that the Summit is not an endpoint, but a turning point. In September, I will report to the United Nations General Assembly on the Summits achievements, he noted. I will propose ways to take our commitments forward through intergovernmental processes, inter-agency forums and other mechanisms. With that IFMSA will continue its contribution to reshaping the humanitarian aid, upholding its commitments to the Youth compact and to it the global community it serves.