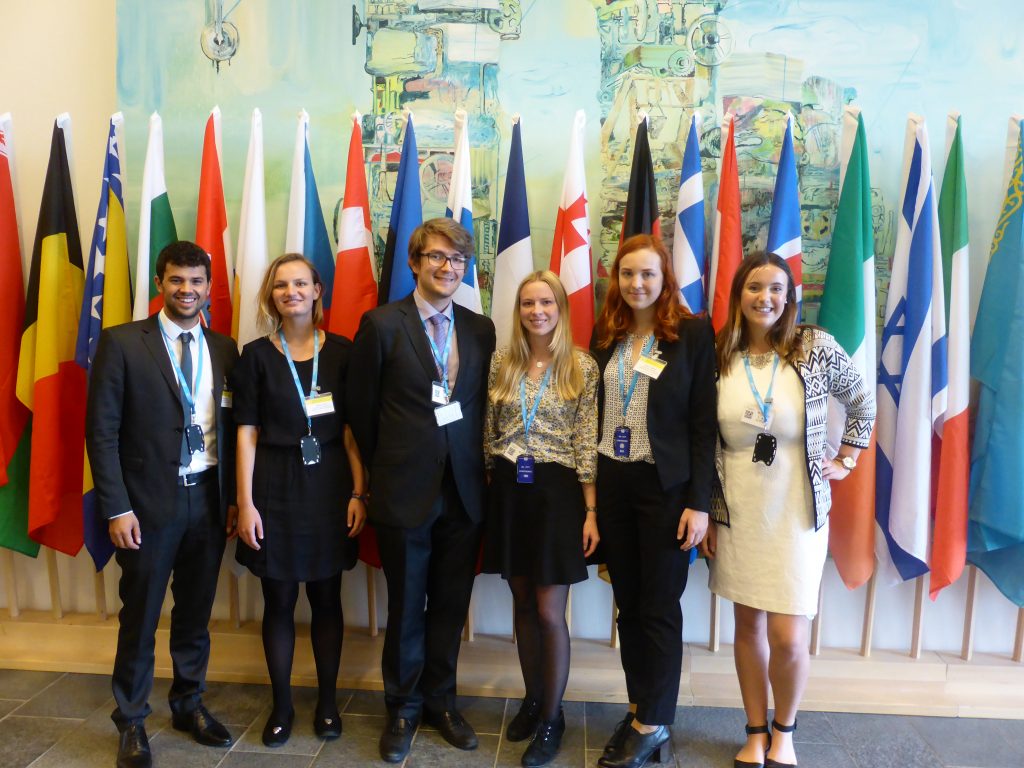 The first day of the 66th session of the World Health Organization (WHO) Regional Committee for Europe (RC66) in Copenhagen, Denmark was exciting. The IFMSA delegation started out the day meeting with other Non-Governmental Organisations (NGOs) to discuss our pre-submitted statements on the different agenda points and explore opportunities for collaboration.

The IFMSA Delegation consists of:

IFMSA priorities for the meeting were set in line with the regional priorities for external representation adapted at the 2016 August Meeting – Antimicrobial Resistance and the Rights and Health of Refugees and Migrants. We were therefore delighted when hearing the opening remarks of Her Royal Highness the Crown Princess Mary of Denmark and Regional Director for WHO, Zsuzsanna Jakab, who both spoke strongly about the need to address growing antimicrobial resistance within the region. Nevertheless, the topic itself is not mentioned in the official program of the 66th Regional Committee.

During the first day of the RC66, we heard several presentations around the achievements made and challenges facing the region. One major achievement includes Europe becoming the first WHO region to eradicate malaria, with the region being declared malaria-free on the 20th of April in 2016. On the more challenging side we saw discussions around how the region can improve its health response in emergencies, drawing from experiences from the Ebola outbreaks in West Africa.

At the technical briefing, Aligning the monitoring framework for Health 2020 in the European Region with the Sustainable Development Goals, the main topic was how to do less reporting, but with better information provided. It was said that qualitative reporting needs to be more important than the quantitative, focusing on the high amount of reports Member States need to provide on different action points. There is the idea to report jointly on the health targets of the 2030 Agenda for Sustainable Development, Non-Communicable Diseases Action Plan 2013-2020 and Health 2020. There are 10 joint indicators in between them, so it definitely is a starting point.

During the upcoming days, we will see the discussion of agenda items such as:

The IFMSA delegation is looking forward to the next working days of the Regional Committee.