Marrakech, Morocco – The Eastern Mediterranean Region of the International Federation of Medical Students’ Associations (IFMSA) has met recently for the EMR Meeting 14, happening in Marrakech, Morocco. The meeting, which hosted over 172 medical students from 9 EMR countries and several observers in the magic city of Marrakech, took place between the 5th until the 9th of February 2018, under the theme of Adolescents Health.

Prior to the meeting, from the 2nd until the 5th of February, Marrakech was also host to almost 58 students who had the chance to participate in one of the 5 Pre-EMR Capacity Building Workshops: External Representation and Policy Making in IFMSA, 9 Steps to a Better Exchange, Training Medical Education Training (TMET), Women’s Reproductive Health and Access to Safe Abortion (IPAS), and Training New Trainers (TNT)

Each of these workshops represented a chance for the participants who took part of it to engage and learn new softs skills as well as capacities in different fields of medical education, external representation, exchanges and and reproductive health.

Some of the participants who received those workshops during the pre-EMR had the chance to graduate during the EMR meeting training sessions. 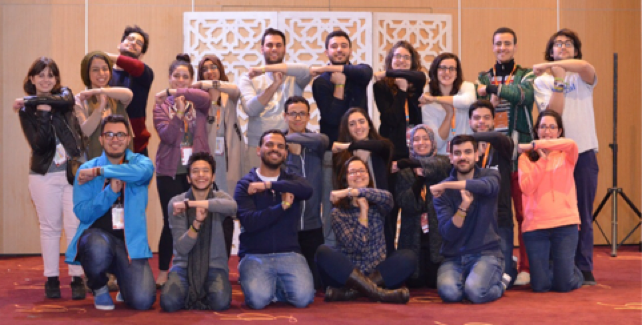 We were glad at this EMR Meeting to have, for the first time with us, members from QMSA-Qatar who just joined the federation in the past August Meeting. Members showed a lot of dedication and interest in the different Standing Committees and President Sessions they have attended. 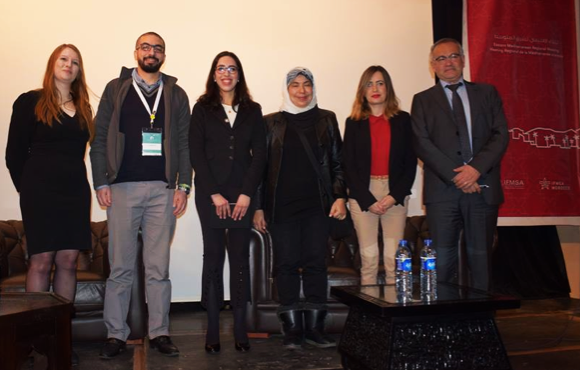 During the theme event, we carried out a panel discussion with 4 speakers Dr Kamal Alami, UNAIDS country Director for Morocco and representative of UNAIDS MENA region, Dr Dr.Hatem Alaa Marzouk, Mental Health Coordinator in Terre des Hommes, Dr Malak Shaheen, paediatrician working with NCD Child and Dr Sofia Ribeiro on behalf of Alcohol Youth Policy Network. The panellists introduced their respective topics in 10 minutes each and then answered questions from the audience. The panel was lead by the Liaison Officer for Public Health Issues, Sanne de Wit.

After the panel, we held parallel workshops:

o    Sexual and Reproductive Health including HIV and AIDS

The workshop was conducted by Dr Kamal Alami, UNAIDS country director for Morocco. The workshop elaborated on the importance of addressing Sexual and Reproductive rights within adolescents with a focus on restricted access to contraception within this age group, the higher mortality and morbidity rates related to early pregnancy and higher rates of HIV transmission. The session also emphasized on the importance of intersectoral collaboration when it comes to achieving comprehensive SRHR and HIV services which requires the involvement and mobilization of a range of governmental and non-governmental stakeholders.

o    Alcohol and drugs use among Adolescents

The workshops was conducted by Dr Sofia Ribeiro. She explained which strategies work when talking with adolescents about alcohol and drugs. The participants furthermore got to share their own experiences and specific challenges they face in their countries.

The workshop was conducted by Dr Malak Shaheen. She defined NCDs in a public health context and why in relation to this it is important to work on prevention. She elaborated on 10 strategies to promote a healthy lifestyle. Furthermore, she emphasized the importance of engaging in health promotion and advocacy as doctors.

Workshop was conducted by Dr.Hatem Alaa Marzouk, a Specialist of Mental Health and Psychiatry. Session explored underlying determinants of adolescent refugees’ mental health in a specific context of EMR region. Participants were actively engaged throughout the whole workshop, especially with several case studies and when sharing their country profiles and personal experience with adolescent refugees’ mental health.

The plenary happened during Day 2 – 7th of February with the presence of all present NMOs (8 NMOs were present: Associa-Med Tunisia, IFMSA-Egypt, IFMSA-Jo, IFMSA-Morocco, KuMSA-Kuwait, LeMSIC Lebanon, MedSCO Oman, QMSA Qatar) with their head of delegations and the representatives of each NMO.

During this very first plenary happening in the history of the EMR Region, the EMR Regional Team first quarter reports were adopted. We also voted on the EMR Regulations Amendments proposed by the Small Working Group who worked on reforming our regulations, and adapt it to the region’s needs and current situation. Two candidates (MedSCO Oman and IFMSA-Kurdistan) presented their candidature for hosting our next regional meeting, after KuMSA-Kuwait has withdrawn their candidature, and the NMOs voted for MedSCO Oman as host for the EMR15. 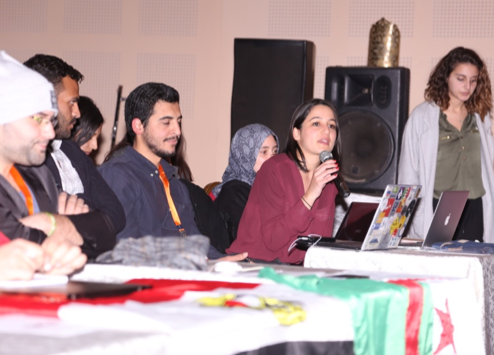 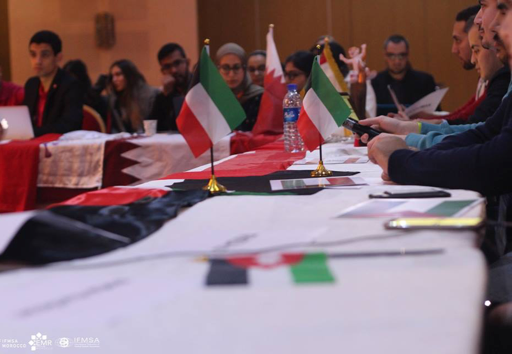 During this EMR Meeting, we had the chance to have the Activities Presentation in Day 1. Very interesting activities were presented:

During the closing ceremony, the top 3 activities according to the judges were announced: 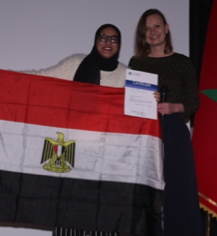 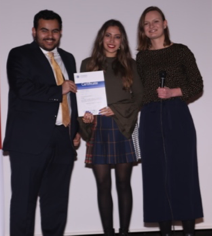 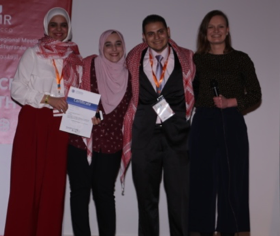 We also had the chance to discover activities done around our NMOs during the Activities Fair:

During the closing ceremony, the top 3 activities according to the judges were announced: 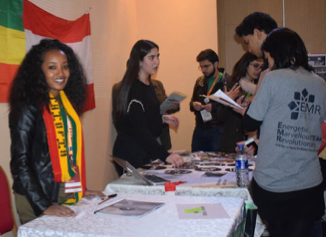 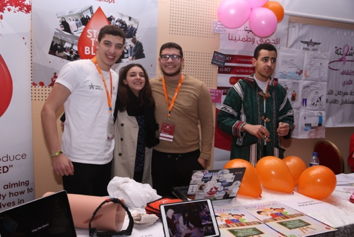