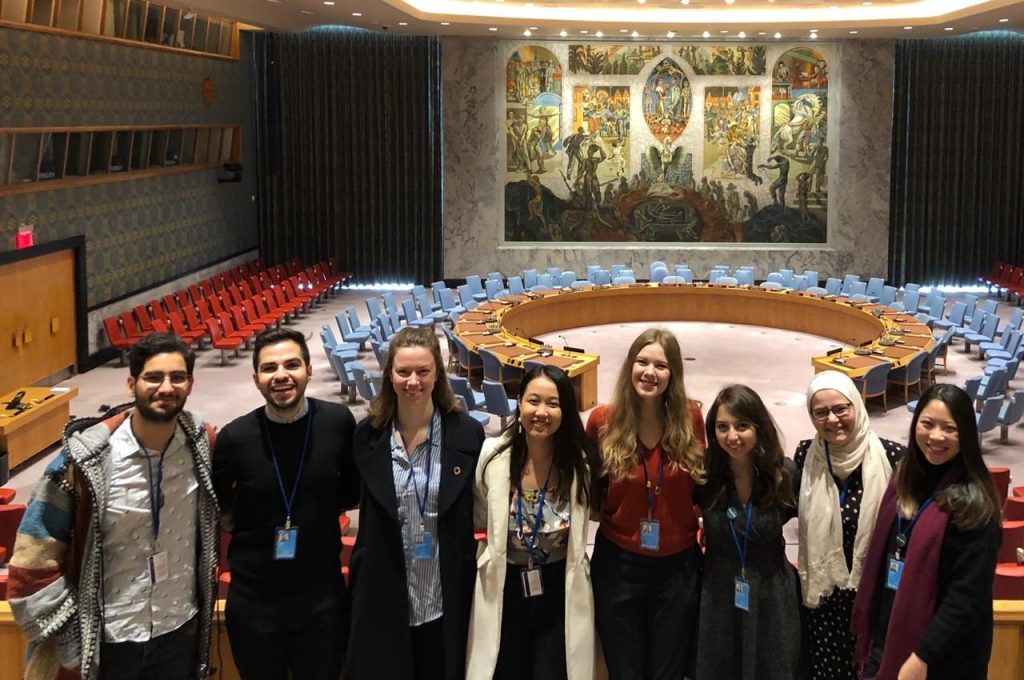 Worldwide, girls and women, young and old, are faced with, inequalities, injustices, violence and
deprivement of their basic rights, often due to circumstances outside of their control. IFMSA has continuously been committed to supporting girls and women, advocating for their health rights and accessibility to affordable, quality healthcare and championing gender equality in all domains.
A delegation of eight advocates for women’s rights represented IFMSA at the 63rd UN
Commission on the Status of Women (CSW63) which was held 12th to 22nd of March 2019, at
the United Nations Headquarters in New York, USA. The priority theme for CSW63 is “Social
protection systems, access to public services and sustainable infrastructure for gender equality and the empowerment of women and girls.” 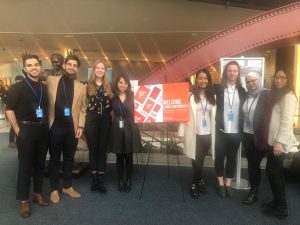 The CSW is a functional commission of the Economic and Social Council (ECOSOC) dedicated to the promotion of gender equality and the empowerment of women. Representatives of UN Member States, civil society organizations and UN entities gather to discuss progress and gaps in the implementation of the 1995 Beijing Declaration and Platform for Action, Agenda 2030 and
emerging issues affecting gender equality. The outcomes and recommendations are forwarded
to ECOSOC for follow-up.
Our aims of attending CSW this year are to promote IFMSA’s stances that relate to gender
equality in all our physical and online spaces, engage in multi-stakeholder dialogue to advance youth empowerment and explore further avenues for collaboration with IFMSA that benefit both members and the wider community. Furthermore, it was a delight to consolidate existing partnerships and meet in person with organisations that IFMSA is closely aligned to.
Consequently, we continue to heavily advocate for increased access to safe abortion and its
integration as part of the Universal Healthcare Agenda. 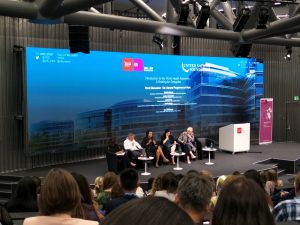 “I am going to start with a simple statement. Abortion is healthcare.” – Jina Dhillon, Associate
Director, Access Team, from IPAS
“At least half of the worlds 7 billion people did not access the essential health services they
required. This includes sexual and reproductive health services.” – Siva Thanenthiren, Executive
Director, AAROW
“Justice for women is first and foremost a human right and critical for progress across all the SDGs. It’s not just the right thing to do, it’s the best thing to do.’” Jeni Klugman, Georgetown
Institute for Women, Harvard’s Kennedy School
“LGBT people continue to face barriers in public life. Our LGBT action plan will advance the
rights of LGBT people at home and internationally.” Hillary Spencer, Director of UK government equity office.
“Sex is an act of free will, otherwise it’s a crime. You have the responsibility to find out what
others want. If you’re not sure then ask.” The Swedish campaign on Sexual Consent. 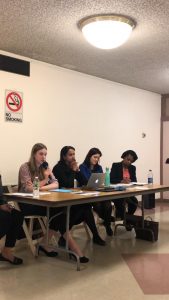 “How much does gender inequality costs? 14 Billion Dollars a year, which means that only
inclusive society can reach the real economic stability” Charlotte Goemans, Policy analyst,
OECD
These and many other quotes from leaders, advocates and fighters around the world for women and girls’ rights resonated in the high level sessions during CSW, emphasizing the gaps that still need to be addressed to enable women and girls in all communities.
The IFMSA delegation has made sure to participate in many events and sessions happening during CSW63, including the ones which tackled youth engagement, health issues faced by women, child marriage, women sex workers, women facing violent extremism, girls on the move including migrants and refugees, women in leadership and politics, safety of women and their participation in peacebuilding, and Sexual and Reproductive Health and Rights.
Furthermore, IFMSA co-organized with IPAS the side event: UHC and Access to Safe Abortion. This event delved into implementation of Universal Health Coverage with a focus on
Sexual and Reproductive Health and Rights as well as emphasizing Access to Safe Abortion as
a health right for all women and girls and essential part of their primary healthcare.
IFMSA and IPAS conducted a cross sectional descriptive mixed methods study to identify
experiences and gaps in abortion education in medical curricula around the world. In one part
of the study, an online survey was distributed to medical students in IFMSA global and regional
platforms, and nearly 1717 members from over 85 countries responded. The survey results
highlight the gaps in the medical curriculum between what students are taught about abortion care, and the actual needs of women and girls. During the side event, we shared our work on the study and the results of it.
In addition, the delegation developed two policy briefs which were distributed and used for
advocacy purposes during the event. The topics of these briefs were on Ensuring Access to
Safe Abortion and Universal Health Coverage and SRHR. The delegation attended the main
UHC focused side-events of World Health Organisation such as “Health for All Through
Women’s Human Rights: Ensuring UHC and Social Protection” and “NCDs, UHC, and
Empowering Women and Girls”, that focused on prevention of financial hardships and
catastrophic out-of-pocket expenditures , seeking for holistic approach to healthcare.
IFMSA also supported the side event: “STEP IT UP! MOST LEFT BEHIND ADOLESCENT
GIRLS — TURNING THE TIDE ON HIV, ENSURING SRHR FOR ALL BY 2030. The event
was a dynamic dialogue with experts from young people’s movements and high-level
decision-makers from government, the UN, donors, academia and civil society. The event put the spotlight on most left behind adolescent girls and young women—living in poverty, with HIV, with disabilities, survivors of gender-based violence, migrants, sex workers, LGBTQI, drugusers, domestic workers, among others—who remain largely underrepresented in policies,
services and investments.
CSW is one of the main international platforms whereby countries, civil society organizations
and NGOs gather to advocate, debate and discuss women and girls’ status and rights
worldwide. IFMSA has been an active advocate and participant in this conference for the past
few years, affirming our commitment to ensure gender equity, seeking to empower women and
girls and shedding light on the needs of marginalized groups of women and girls around the world. 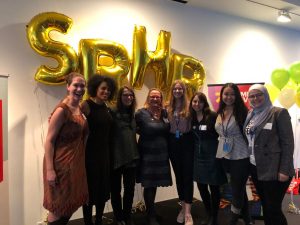