COP23 2nd Update – A Health of A Weekend 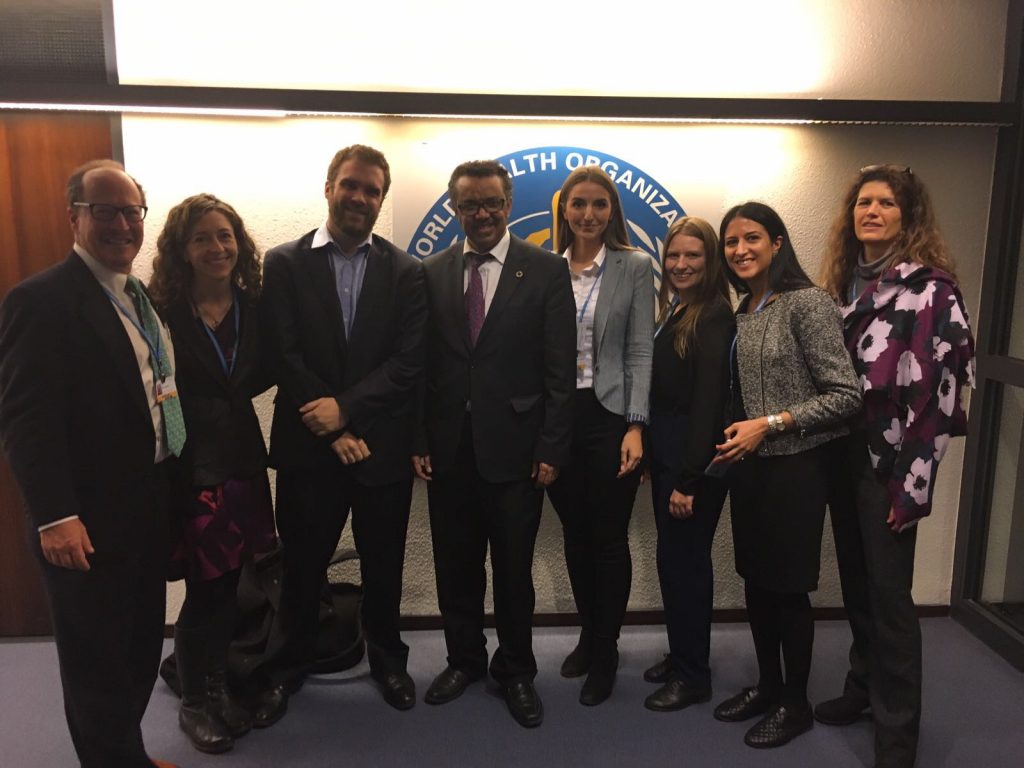 Our days here at the COP23 pass by so fast. We meet around 8 am and leave for dinner around 8 pm. There are so many tasks that have to be done everyday.

During the past days we have attended more very interesting side-events. One of such was the ”The Lancet Countdown” side-event held in the UK pavilion, where people such as Dr Nick Watts, the author of The Lancet Countdown on progress on health and climate change, and Dr Courtney Howard had a presentation of their work. Furthermore, we almost finished up reading through all the submitted National Determined Contributions (NDCs). We also started to approach different country delegates to advocate for the impact climate change has on global health and presented them our policy brief and statement. It was great to gain more experience in advocacy. Mostly because we received positive responses and interests as the country delegates were eager to hear what we had to say.

On Friday we had the chance to speak at the YOUNGO press conference where one delegate from the different working groups were assigned 90 seconds of speech. Christian Abou Nader did an excellent speech on the behalf of the Health Working Group in which he stated the importance of including health in the implementation of the Paris agreement and the huge role that youth can have in these negotiations.

The Health and Climate Summit

There were numerous inspiring and interesting talks and presentations. Especially Dr. Maria Neira, the WHO Director of Global Health and Environment, made the whole crowd laugh with her fun and witty comments.

The Summit continued after lunch with a World Café in which there were different table sessions on different topics to attend. IFMSA was hosting a session on Readying the Health Workforce: Climate Change in Health Professional Curricula, where we focused on Social Accountability of Medical Schools and Student Engagement. It was inspiring to hear best practices from around the world, share resources and come up with creative ideas to support getting Climate Change into curricula. The summit ended with a reception where we the delegates gathered and had a nice time chatting.

After the Summit we went to the so called CAN party, organised and hosted by the Climate Action Network. It was held at a beautiful 3 level venue where all COP23 participants were invited. It was great fun and nice to spend time with the delegation in other, more relaxed circumstances.

On Sunday the 12th was dedicated to health at the conference. Sunday is usually a resting day, even for conference participants, but this year, this day’s schedule was packed with events regarding health. We were very much excited for this.

One of the sessions we attended to was the Fijian Presidency high-level event. In this session “Health Actions for the Implementation of the Paris Agreement” high-level people were invited to give a speech on health related to climate change. The Prime-minister of Fiji, the WHO General Director, Dr Tedros, and even The Terminator himself, Mr. Arnold Schwarzenegger came to give a speech.

All speakers provided great insights on why health is so important to be included in the Paris Agreement. Mr Schwarzenegger also mentioned that green energy is possible and used some of his known phrases such as “hasta la vista coal companies” and “we will terminate them” regarding the usage of fossil fuels. He really expressed the importance of health regarding climate change and made sure that he will come again next year by ending his speech with “I’ll be back”.

In the evening on WHO Director-General dr. Tedros took the time to meet with a few civil society representatives, among whom IFMSA, to discuss closer collaboration between the WHO and civil society on the topic of Climate Change and Health.

Unfortunately three of the delegates, Christian, Tarek and Kristiana are all going home. However, three new and great delegates, Martin, Catherine and Kevin will take over and continue the good job representing IFMSA at COP23. Next week we will not only start a social media campaign, but will also host a Climate Classroom with the WHO and will organise an action at the COP venue to raise awareness about Climate Change and Health.