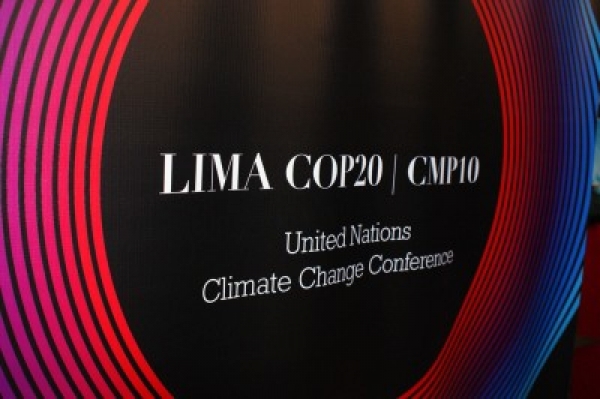 This is probably the most exciting blog entry I have ever written. Ever I have rarely felt so accomplished, so proud of IFMSA, so convinced that youth actually can make a change in this hyper politically complex world.

For a week now, IFMSA delegation to COP20 have been advocating extremely hard to include two specific mentions of health co-benefits in the draft of the Ad-hoc Working Group on Durban Platform for Enhanced Action, the famous ADP we have been referring two in our past blog entries. And today, well all of this happened:

I was coming to COP20 with little expectations for what we would actually be able to achieve. I have been told several times that COPs were too complex, too political, a lost cause to start with. That even with the biggest ambitions and the most determined minds, it was near impossible to change the course of negotiations, and to influence a country’s view. Well, we have proven all of that to be wrong. Not only did Brazil, Australia, and Canada officially submitted our suggested amendments to the co-chairs, but Saudi Arabia and the United States also outspokenly asked for them. And we all know how Canada, Australia, the United States and Saudi Arabia aren’t actually what we call champions in the world of climate change governance.

You should have seen Mark’s face and mine yesterday night when we discovered while having dinner, that Australia and Canada were the first countries to officially submit words for words our proposal to the UNFCCC. We simply couldn’t believe it. We had the most twisted countries who have won international shame for their poor climate policies on our side. We were like kids who have eaten way too many chocolate cookies on their first Christmas’ eve. (Ps. To view all countries’ submissions, visit: http://unfccc.int/bodies/awg/items/8757.php.)

The summarized version of the text will be released by the two ADP co-chairs late on Sunday night or early on Monday morning, and we are excited to see if our healthy suggestions will made the cuts. We are quite optimistic. We have many people to thanks for their support, but that will be done properly in due time.

Today, during the 3rd Climate and Health Summit organized by the Global Climate and Health Alliance, Dr Anibal Velasquez, Peru Health Minister, stated that it was medical students who made him realized how of an health emergency climate change was. He also added that his Ministry would act accordingly. Well you remember about Joel and Majo meeting him on Wednesday? Talk about the impact one meeting can have.

When I questioned Christiana Figueres about the place of health in the UNFCCC framework earlier this week, she told us that we shouldn’t put everything on the boat otherwise it would sink. These past two days have proven her wrong. Negotiating parties are realizing how intrinsically linked to climate change health is; and that with considerations to health co-benefits, commitments are indeed massive opportunities for all countries.

As medical students and future health professionals, it is our moral obligation to speak up, our duty to act and our responsibility to reach out to policy-makers. This is what we have been doing this week – and I am proud to add – quite successfully.

Tomorrow is our only day off at COP, and we will take the opportunity to rest a bit, so to start the second week of COP with even more motivation. Many exciting projects are still in the pipelines, such as a WHO Side-Event on Climate & Health on Monday (where IFMSA will be given a space to intervene), a UN Side-Event on the importance of education and public awareness on Wednesday (that IFMSA will facilitate), a Ministerial Declaration on Article 6 (to which I have suggested many changes together with other members of YOUNGO) and a few meetings lining up.

But for now, we are up for a good night in Lima, together with the other representatives of the NGOs. Hasta luego!

Claudel, on behalf of the delegation